The Year in Reading: Print Books, Magazines, Newsletters Hold Their Own In 2015 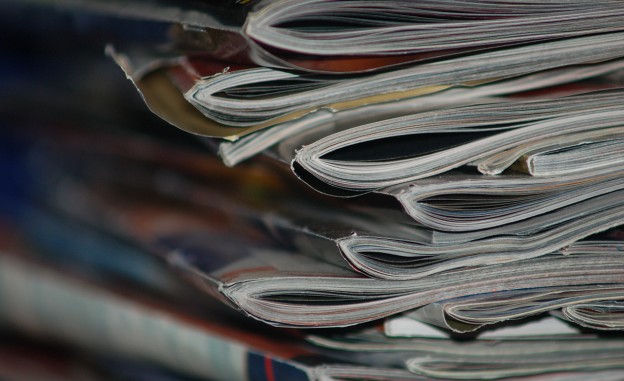 In the 17 years following the introduction of e-book readers in 1998, digital reading has brought about enormous changes in the bookselling, publishing, and reading landscapes. Although it looked like the e-book tide was going to continue rolling in, this year the momentum of e-books, particularly among those produced by major publishers, seemed to slow. Old-fashioned print reading showed signs of resurgence. Mark Zuckerberg introduced a reading group that didn’t make much of a splash. Self-publishing continued to surge, which led to some growing pains as Amazon tweaked how some indie authors would be paid. Finally, an old-fashioned format, the email newsletter, continues to enjoy newfound popularity.

In September, Alexandra Alter wrote for the New York Times about the surprising recent decline of e-book sales. E-books made enormous sales gains of 1,260 percent between 2008 and 2010, in the years immediately following Amazon’s release of the Kindle and the Kindle 2 and the debut of the Apple iPad. But according to Digital Book World, in the past few years sales have been roughly flat. Alter writes, “While analysts once predicted that e-books would overtake print by 2015, digital sales have instead slowed sharply.”

According to the Association of American Publishers, e-book sales fell ten percent from January through May 2015. Meanwhile, bookstores, which had been shaken by the rise of e-books and the ascendancy of Amazon, now appear to be reviving. Alter notes:

“Independent bookstores, which were battered by the recession and competition from Amazon, are showing strong signs of resurgence. The American Booksellers Association counted 1,712 member stores in 2,227 locations in 2015, up from 1,410 in 1,660 locations five years ago.” (Still, that’s significantly less than the 4,000 or so independent booksellers in the U.S. there were a few decades ago, according to Forbes.)

Possible reasons for these trends that Alter cites include people switching from e-reading devices to smartphones, and publishers charging more for e-books following protracted pricing battles with Amazon.

Speaking of signs of print’s resurgence, Chava Gourarie wrote for the Columbia Journalism Review this month about the return of print magazines, noting especially that many publications that began as digital entities are now publishing magazines on paper, including Tablet, Politico, and the Pitchfork Review.

Gourarie spoke to Samir Husni, a professor at the University of Mississippi who calls himself Mr. Magazine. Husni keeps a running list on his website of new print magazines to appear each month. Husni counted 79 new magazines in November alone, including Distiller, Uncrate, and Women’s Golf Journal.

Gourarie concludes, “A magazine is now a brand: It’s a podcast, a social media embed, an article, a homepage, an app. Why not printed pages? One thing is clear: A resurgence in luxe print magazines won’t save the newspaper industry, which must compete with the immediacy of the Web.”

As usual, giant retail company Amazon made headlines several times this year for reasons related to its digital book sales. According to the most recent numbers provided by Codex Group LLC, 64 percent of all e-books sold are purchased through Amazon.

In November of 2014, Amazon settled its battle royale with publisher Hachette, which was seeking to determine its own prices on e-books. Neither side disclosed the terms of the settlement, but as Jeffrey A. Trachtenberg reported in September for the Wall Street Journal, after Hachette and two other major publishers, Harper Collins and Simon & Schuster, finalized pricing deals with Amazon in recent months, e-book prices rose.

Trachtenberg writes, “A recent snapshot of e-book prices found that titles in the Kindle bookstore from the five biggest publishers cost, on average, $10.81, while all other 2015 e-books on the site had an average price of $4.95, according to industry researcher Codex Group LLC.”

Trachtenberg notes that there are early signs that consumers are not willing to pay higher prices for e-books than they have in the past. Hachette reported that the total of its net trade sales from e-books fell from 29 percent last year to 24 percent in the first part of 2015, and that its revenue declined by 7.8 percent.

One aspect of the publishing industry that statistics such as those provided by the Association of American Publishers don’t measure is the sales of self-published e-books, which often cost a buck or less. According to Trachtenberg, “Amazon says e-book sales in its Kindle store—which encompasses a host of titles that aren’t published by the five major houses—are up in 2015 in both units and revenue.”

According to the Author Earnings Report, non-traditionally published e-books “now make up nearly 60 percent of all Kindle e-books purchased in the US, and take in 40% of all consumer dollars spent on those e-books.”

Although Amazon never releases precise sales numbers, it’s evident that self-published e-books are a major part of Amazon’s business. This summer, some self-published authors and their fans claimed they were unfairly banned from posting reviews of certain books on Amazon. Amazon said these reviewers violated their policies, while the would-be reviewers cried foul.

In July, Amazon announced that it would change how it would pay Kindle Unlimited authors. Instead of paying authors for each “qualified borrow,” they are now paid according to how much of the book a borrower actually reads.

For his annual public New Year’s resolution, Mark Zuckerberg launched a Facebook book club in 2015, called A Year of Books. Most of Zuckerberg’s picks have been meaty reads about philosophy, economics, and world affairs. His 22nd pick of the year is Henry Kissinger’s “World Order.”

After attracting significant media attention when the book club launched and boosting the sales of its first featured title, Moisés Naím’s “The End of Power,” the Facebook book club doesn’t appear to have incited mass book buying or bookish conversation among the American public, the way Oprah’s club once did. Instead, it’s left most of its more than half a million members (who joined by liking the page) a little confused or out-of-the-loop.

As Caitlin Dewey wrote for the Washington Post last January, “Mark Zuckerberg’s Book Club is Off to a Pretty Lame Start.” Dewey notes that Facebook’s own algorithms make keeping club members informed of club happenings and allowing them to participate in Q&As with authors problematic.

“For starters, those algorithms guarantee that the transcript is hopelessly jumbled by default, ordered not chronologically (as it would be on Twitter) or by community votes (as it would be on Reddit), but by some more abstract and randomized measure of quality.”

One more notable trend in digital reading this year is the increasing popularity of an old-fashioned format: newsletters. In 2014, David Carr wrote about the revival of newsletters for the New York Times, and the trend he noted seems to have only intensified this year. Julia Carpenter wrote for the Washington Post about the rise of personal newsletters, such as “Lenny,” created by Lena Dunham, and “Everything Changes,” edited by Laura Olin, who ran social media for the 2012 Obama presidential campaign.

“Lenny” has a proudly feminist slant and features interviews of politicians and other notable figures, short fiction, and essays on such subjects as women’s health and women in the workplace. One piece that gained traction well beyond the newsletter’s subscribers was actress Jennifer Lawrence’s essay, “Why Do I Make Less Than My Male Co-Stars?”

Carpenter writes, “Where the first generation of personal newsletters might’ve been big on curation and self-promotion, projects like Dunham’s are beginning to stretch the genre in new directions, suggesting the lowly newsletter can be an upstart news platform, an open diary — even a form of art.”

My crystal ball is cloudy, but David Montgomery of Publishing Technology is willing to hazard a prediction about what will happen in the e-book market in 2016. He cites evidence that there are two separate book markets emerging:

“There isn’t one book market anymore: there are two, and they exist in parallel. One continues to be dominated by major publishers, and increasingly uses agency pricing as a strategy to support print book sales. The second publishing market is almost exclusively made up of e-books, and is driven by Amazon-published and KDP content sold at a substantial discount to the product produced by traditional publishers.”

Montgomery thinks these two markets will diverge even farther in 2016.

Jenny Shank’s novel, The Ringer, won the High Plains Book Award. Her stories, essays, satire, and reviews have appeared in The Atlantic, The Washington Post, McSweeney’s, and the Dallas Morning News.