The Three Big Challenges to Journalism in the Middle East 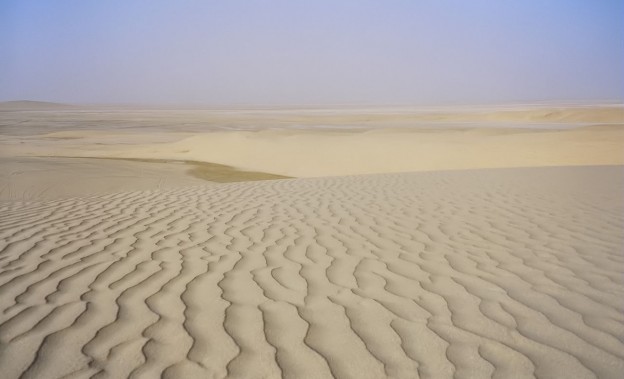 I’ve been writing about technology and the internet in the Middle East for nearly four years, commissioned by those – both within and outside the region – who want to understand how digital platforms might drive socio-economic and political change.

The hunger to know more was reflected in the reach gained by the updates I produced for Qatar’s Ministry of Information and Communications Technology. This interest appears to be unabated even though I now write most of my work about the region from other locations.

"In the Middle East, in the tech space alone, there continues to be a real vibrancy which deserves to reach a wider audience."

As a tech-focused journalist and researcher, my efforts on the ground were often compounded by three particular challenges. Many of these were not necessarily unique to the Middle East, but the level of them was perhaps greater than in other markets.

Those challenges were – and still are – churnalism, self-censorship and considerations around social media as a source in relation to the rise of closed social networks. I’ll look at them in turn:

1. Churnalism and journalism as PR

This trait is certainly not unique to the Middle East and North Africa (MENA) region, but it is a pervasive trend across the communication landscape.

Much of this stems from an intense desire to control the message and in my experience manifests itself in the dominance of email interviews (with face-to-face opportunities often hard to come by), the use of PR agencies – rather than communications departments – as gatekeepers, and press releases often being the only source of ‘news’ and information.

The latter can be particularly frustrating. New strategies are launched, but cannot be found online. Impressive statistics are cited, but cannot be scrutinized in hard copy. And exciting initiatives are often announced without any supporting materials to provide further details – beyond the all-powerful press release.

As a result, I’ve often spiked many of my own stories as I sought to delve beyond the press release only to hit repeated brick walls. In contrast, local media often publishes releases verbatim – without question, without follow-up, without any native reporting. No-one looks behind the curtain, and as a result it’s not unheard of to read the same story, word for word, in multiple publications.

Again, this characteristic is not unique to MENA. Many people around the world are wary of talking to the press because of fears about saying something they shouldn’t, or of being misquoted. The rise of the PR agency as gatekeeper and the growth of email-based reporting are just a couple of the attempts to mitigate such risks.

In the Middle East, as in a number of other regions, these traits are compounded by high levels of self-censorship, particularly in terms of the content that people post online.

Of course, social networks are not representative of populations and messages are often not even representative of individual users. Social media has always been a means to promote a certain image. Research by Pew suggests that some US audiences are prone to a ‘spiral of silence’ and that it takes six pictures to take the perfect selfie.

Nonetheless, journalists do frequently use social media to check the temperature on key issues.

In the Middle East the need to project a certain public persona can be amplified by specific concerns. Worries that social networks being monitored, different cultural perceptions of public/political criticism and freedom of online expression, and a number of new cyber laws have produced a level of potential ambiguity about what you can or cannot say online.

As a result, many audiences have taken to using fake names and focusing their online energies on closed networks – such as forums – which are perceived as more private.

3. The rise of closed networks

Photo by Sam Azgor on Flickr and used here with Creative Commons.

Of course, for some users, the internet has always been like this. But I do believe that post-Snowden, this is a trend which is becoming more prominent. I wrote earlier this year about how WhatsApp is the top social news source for Qatari nationals, and how private messaging apps could push eyewitness media under the radar. The emergence of channels like Signal are part of this movement.

Privacy concerns mean that online discussions in a number of regions are increasingly migrating to closed platforms and networks. Images, video, status updates and discussions which might once have played out over Facebook, Twitter or Instagram are now more likely to be found on more ephemeral or restricted services.

For journalists and media organizations, this presents a number of challenges, not least the ability to access these conversations. Verification of content and sources on these channels can also be difficult, given the relative ease with which real world identities can be masked.

Despite this, these are spaces that journalists cannot afford to overlook. These outlets are growing in popularity around the globe. As reporters, we therefore need to engage in these networks if we are to tell great stories which reflect the communities we cover.

In the Middle East, in the tech space alone, there continues to be a real vibrancy which deserves to reach a wider audience. No doubt the same is true of other beats too.

To do this however will mean getting to grips with the triple scourge of churnalism, self-censorship and rise of closed social networks. If we’re going to do the region justice these are challenges which we have to tackle head-on. Our stories will be all the richer for it.

Damian Radcliffe writes about tech in the Middle East for CBS Interactive, The Huffington Post and others. This article, which originally appeared on the BBC Academy blog, is drawn from contributions he made to a recent Integrity UK panel discussion about the challenges of reporting from the Middle East.