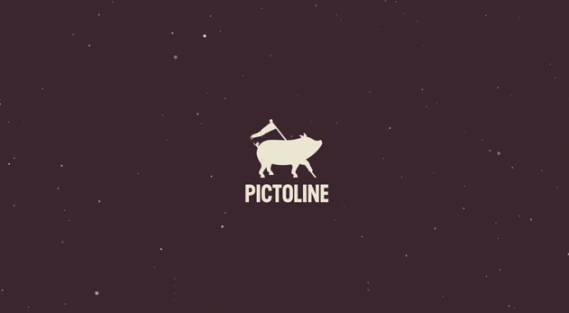 Pictoline is a visual news organization that produces simple, arresting visuals designed to make their readers do three things: stop, click and share. Screenshot from video.

Pictoline is a visual news organization that produces simple, arresting visuals designed to make their readers do three things: stop, click and share. Scrolling through their illustrations, published daily to Facebook, Twitter and Instagram, one notices that Pictoline is sober and informative when it needs to be, like when it explained the recent terrorist attacks in Paris. But, when faced with news that Donald Trump was making racist jabs at Mexicans, the Mexico-based news outlet can deftly shift to a downright farcical tone.

Some of Pictoline’s visual design.

“The intention is to create a medium that delivers information and news in a concise, relevant, didactic, and entertaining way through visual design." Eduardo Salles, Pictoline founder.

“The intention is to create a medium that delivers information and news in a concise, relevant, didactic, and entertaining way through visual design,” says Eduardo Salles, a former ad agency creative director who founded Pictoline in Mexico City.

Pictoline’s formula has paid off: In just a few months since they started publishing visuals, they’ve attracted 300,000 followers on Facebook and 58,000 on Twitter. When they mapped the translation for “bro” in different Latin American countries, they got more than 3,600 comments and 37,800 shares on Facebook.

“The growth has been, for us, validation of our idea,” says Salles, who started Pictoline in August 2015 with Gustavo Guzmán, who used to run the Mexican newspaper Máspormás. “I guess we’ve grown so fast because people are connected with our format. We’ve simplified part of their information consumption.” Produced mostly in Spanish by a team of seven, Pictoline targets digital natives in Spanish-speaking countries, says Salles.

To produce visual, sometimes animated, infographics and illustrations, Pictoline uses the standard designer’s toolkit: Adobe Photoshop, Adobe Illustrator, and Abobe After Effects. And they optimize their graphics for mobile users and their data plans, says Salles. “The file sizes tend to be small so as not to take up too much memory on mobile devices.”

An Experiment in Pictures

Pictoline has started experimenting with content in English and, because the response has been positive, they plan to open an office in Austin. With his new Texas-based team–for which he’s currently hiring–Salles hopes to start publishing visual news for an American audience in 2016. He will be using the same strategies that have made Pictoline so successful in Mexico: highly visual and informative content that is social network-optimized and, says Salles, “relevant.” Those are takeaways that any journalism outlet could adopt.

“We’re not just earning their likes but also their trust,” says Salles. “Little by little we’ve been able to get people to understand that Pictoline’s content is not only easy to digest but that the information also has rigor.”