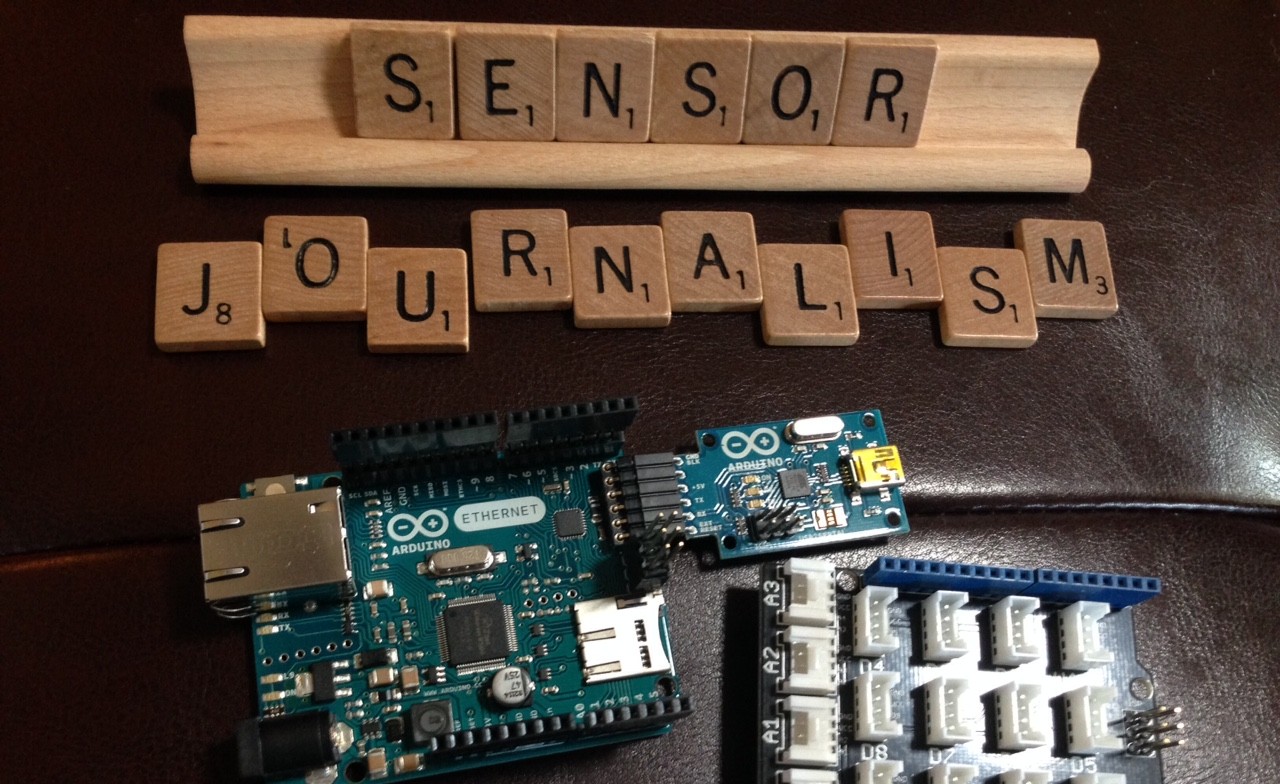 Journalism education faces multiple challenges in making sure students are learning basic news gathering and reporting skills but also adept with various digital technologies and platforms. Students entering newsrooms now are expected to know how to write a story, take digital photos, capture audio, make multimedia packages, create infographics, and know code to make apps or websites. Another skill and technology that can be added to the mix is sensor journalism.

What is Sensor Journalism?

"Sensor journalism can be defined as the as the act in which sensors are used as part of the newsgathering and reporting process for a specific kind of story that requires a sensor to gather and report data."

Sensor journalism can be defined as using sensors as part of the newsgathering and reporting process for a specific kind of story that requires a sensor to gather and report data. Such data can include but is not limited to information about what is in the water, air, temperature, wind and soil.

Sensor journalism is not new — many news organizations have been using sensors for powerful storytelling for years. Some recent cases include The Houston Chronicle’s investigative story “In Harm’s Way,” where they used sensors to examine air quality where people lived near oil refineries and factories. The investigation identified poor air quality in the area despite state and federal regulations showing the factories and refineries were within legal limits. USA Today’s “Ghost Factories” series examined soil contaminants from old metal factories. The reporters used x-ray gun sensors to scan the soil. Their analysis showed several sites were above the EPA’s limits in terms of arsenic and lead.

On a less serious topic, at WNYC in New York, they used sensors to track insects called cicadas. WNYC found out that cicadas could be predicted based on soil temperature, so they created an electronic sensor that citizens could put in their soil to track the prediction of cicada arrival in the northeast. They collected 1,750 temperature readings from 800 different locations from listeners who wanted to be a part of the project.

All of these examples highlight how the power of a story and an environmental issue or concern can be enhanced through the ability to use sensors to collect data about a specific aspect of the environment.

Nowadays, the technology used in sensors has become more affordable and easier to work with as open-source electronic hardware and software like Arduino and Raspberry Pi have entered the market.

Some journalism educators are exploring this realm of sensor journalism in the classroom. For example, Susan Zake at Kent State University explored water quality with her students last spring using Raspberry Pi to create some effective sensors. Florida State University Professor Robert Gutsche explored rising sea levels in Southern Florida with his students last year in a special water sensor project called “Eyes on the Rise.” And recently, West Virginia University’s Reed College of Media announced they are working with John Keefe and others on a special project to explore water quality in the area with sensor technology.

What’s in the Air Sensor Project

I also had the opportunity this past year to embark on a sensor journalism project called “What’s in the Air” through a grant I received from the Online News Association called the Challenge Fund for Innovation in Journalism Education. Through this grant, I was able to bring together science and journalism students and work along with a nonprofit news organization, inewsource, to investigate air quality in San Diego using open-source electronic sensors. The project led to nine in-depth stories published on the inewsource website about air quality in four different neighborhoods in San Diego and an interactive map showing the sensor data collected by the students during the project.

How to Embark on a Sensor Journalism Project

Air quality sensor kit that the students built for the project. Photo by Amy Schmitz Weiss.

Based on this experience, I thought I would share some tips in case you may be thinking of venturing into teaching sensor journalism in your program:

Are you seeking more tips? I have posted other resources on my website that include the class syllabus, details of our sensor kit build and its components, where to purchase sensor equipment, readings for the classroom, the students’ work on the project, and the blog that chronicles our experience from this past spring that you may find helpful: http://sensorjournalism.wordpress.com/

I am happy to share any other tips or advice. Feel free to drop me a line at [email protected].

The What’s in the Air project was administered by the Online News Association with support from Excellence and Ethics in Journalism Foundation, the Robert R. McCormick Foundation, the John S. and James L. Knight Foundation, the Democracy Fund, and the Rita Allen Foundation.