How to Do Social Journalism and Overcome ‘Platform Anxiety’ 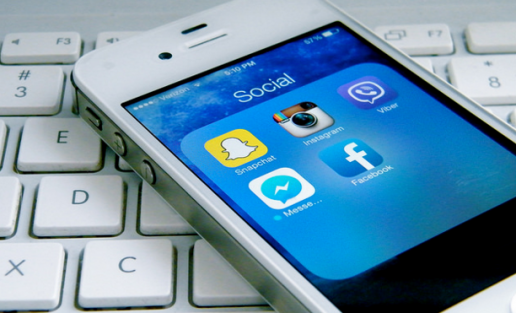 In today’s journalism climate, having social media savvy can be as important as traditional writing and reporting know-how — if not moreso.

But with the ever-evolving nature of the web, reporting methods that kept readers engaged even two years ago may no longer work, meaning journalists must always stay on their toes in the social space.

“Be additive to the conversation. Be able to understand the story, get to the part that matters and deliver it back out into that conversation." -Brad Horn

At a recent journalism conference hosted by The GW Hatchet, three journalists who work in the social and digital space tackled some major topics and challenges that today’s reporters face.

A common misconception among reporters is that it’s impossible to tell a complete news story through social media. While Twitter’s 140-character limit might seem like an impractical constraint, there have been several journalists who have shown that it’s possible for narratives to flourish in this format.

One example of this is Jonathan O’Connell’s story about Washington, D.C.’s X2 Metro Bus line for The Washington Post earlier this year. The story used 24 tweets from bus passengers to weave a narrative that “just painted a beautiful portrait of the city and its people,” said Wright Bryan of NPR’s social media desk.

“When you first look at Twitter, it just looks like there’s nothing there, because it’s so crazy and scattered,” Bryan said. “But this guy had really brought it all together and told an amazing story.”

Training for jobs that don’t exist

As social media and journalism become increasingly intertwined, the world of traditional newsroom roles is being turned on its head. Vox, for example, made headlines last month for creating Snapchat editing and producing positions, something that would have been unheard of even a year ago. Vox itself isn’t even two years old.

Knowing this, how can aspiring journalists train themselves for jobs that might not exist yet?

Nelson said that while there’s no real way to do so, learning and understanding the core journalism concepts of critical thinking, accuracy and ethical reporting will prepare you for any job.

“The really basic skills of knowing how to read and analyze information, call someone and ask a question, make sense of information you’ve gathered from documents and digest it into something that people want to read — that doesn’t change,” she said.

As news continues to shift onto social platforms like Facebook and Twitter, many outlets have experienced a sense of “platform anxiety,” or the feeling that surrendering control of content to these social platforms is inherently problematic.

For video journalists such as the Washington Post’s Brad Horn, there’s a sense of fear about uploading videos directly to Facebook, because Facebook then controls the content, he explained. Publishing content to Facebook makes it harder for news organizations to preserve their core identities, but it’s often the best outlet for making sure content gets the audiences needed for the organization to survive.

“We understand that it’s the best tool to get your work out there,” he said. “If you don’t put something on Facebook, it doesn’t really get seen, but if you put it on Facebook, it gets hundreds of thousands of views automatically. So it creates anxiety not just for the business side of the organization, but also for the people in the newsroom who want their work to be seen or heard.”

No matter what shape or form your journalism takes, ultimately, Bryan said it’s essential to show that you bring something new to the table with your work — especially if it’s on social media.

“Let it show on social that you care about something, whether it’s healthcare policy, pop culture or politics,” he said. “Be additive to the conversation. Be able to understand the story, get to the part that matters and deliver it back out into that conversation. I think the social space allows you to project who you are and can be really useful to use when you move forward and look for a career.”