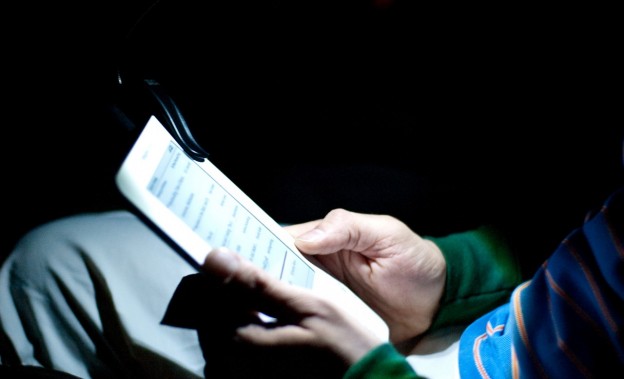 Photo by David Goehring on Flickr and used here with Creative Commons license.

A version of this post first appeared on the SELF-e blog.

As reported by The Bookseller in London recently a new partnership, “Pressbooks Public,” will enable SELF-e — the 18-month-old service devised to offer indie e-books to U.S. library patrons — libraries to offer a suite of self-publishing tools to indie authors.

"... this partnership with Pressbooks gives libraries the ability to support their local author community through the entire life cycle of their books..." -Mitchell Davis

Two change leaders, Mitchell Davis and Hugh McGuire, are behind the news.

Pressbooks Public is being described as “a new indie author composition” service, which will effectively create a seamless channel for an author’s creation of an e-book available for distribution not only to regular commercial channels but also to U.S. library collections through SELF-e.

The development is a venture between BiblioBoard (which partners with Library Journal to produce SELF-e) and the Canadian firm Pressbooks.

And while Pressbooks Public is in beta right now, the timing of its appearance on the scene is deliberately coordinated to help participating libraries support their local authors during the ongoing “NaNoWriMo” National Novel Writing Month project, which runs through November and sees many fledgling and veteran writers from around the world produce a first draft of a book in 30 days.

The launch of the full Pressbooks Public program is expected to be made during January’s American Library Association’s annual MidWinter conference in Boston.

As many SELF-e authors know, BiblioBoard is headed by founder and chief business officer Mitchell Davis. Davis is familiar in the UK for his work with the British Library in creating historical book apps and collections. His Charleston-based BiblioLabs, in fact, won the 2012 Digital Book World Publishing Innovation Award for that British Library work. As “The Bookseller“ reported in 2011, the initial iPad app launch for the British Library offered subscribers access to more than 45,000 19th-century volumes from the library’s collections.

Today, Davis is best known in the States, of course, for founding the print-on-demand software company, BookSurge, which went on to become Amazon’s CreateSpace. He has been engaged in e-books and self-publishing for upward of two decades, and this gives him a unique viewpoint on independent publishing and its growing relationship to the library community.

Davis said he welcomes the Pressbooks Public development as a logical next step in SELF-e’s progress: “The first problem we needed to solve was helping authors who had published their books over the past 15 years” to gain access to the vast U.S. library readership. “SELF-e solves that problem by taking books that have already been published and curating them for the right audiences. We have received submissions from thousands of authors over the past year and those books are finding new readers.”

What the arrival of Pressbooks Public means, Davis said, is that authors can actually begin their publishing journeys now with the support of their local libraries’ writing communities.

“SELF-e was a good first step,” Davis said, “but this partnership with Pressbooks gives libraries the ability to support their local author community through the entire life cycle of their books; from the first word they type to commercial availability worldwide.

“This creates a much stronger role for the library in the future of the book.”

Davis, in fact, has a particularly keen take on the potential role of libraries—he would call it a necessary role—on the independent publishing landscape. In his foreword to Robert P. Holley’s new book, “Self Publishing and Collection Development: Opportunities and Challenges for Libraries” (Purdue University Press, 2015), Davis writes:

“At the risk of seeming histrionic, in many regards, the library’s ability to survive as an institution depends on it being an effective and valuable part of [the] indie ecosystem. Amazon’s attitude is that the ‘institution’ of the library (as it is currently set up and managed) actually gets in the way of executing on the vision of a library. If every book, movie and song is available in a simultaneous-use model via Kindle Online Lending Library for a ‘nominal price,’ who needs libraries?

As offensive as this may seem, there is no article that will be written, conference presentation delivered or moral argument that will be made to change this attitude, because they keep winning. The only answer for ensuring there is a prominent long-term digital role for the library is for libraries to successfully execute against a vision that is bigger, bolder and more inclusive than Amazon’s. This relies in large part on not remaining insulated and seeing these companies and their impact in the “real world” as competitive for the time and attention of their patrons.”

This is a very tall order for our rapidly evolving library system, needless to say, and Davis is looking at it from an advanced stage partly facilitated by his leadership in a publishing-technology company.

But his vision is in line with that of others who understand how rapidly libraries need to reinvent their operations in order to facilitate broadly widening digital mandates.

Hugh McGuire: ‘Pressbooks was invented to make it easy’

The “Pressbooks” in Pressbooks Public is a suite of publishing tools created by Montreal’s Hugh McGuire, a highly regarded entrepreneur and observer of the industry. A veteran of conference speaking engagements with such influential events as the “Books in Browsers” series in San Francisco, McGuire co-edited with leading consultant Brian O’Leary the O’Reilly Media publication Book: A Futurist’s Manifesto: A Collection of Essays From the Bleeding Edge of Publishing.

Long-recognized as a forward-looking commentator in publishing—after all, his own essay in the book is “Why the Book and the Internet Will Merge”—McGuire was interviewed this past spring by the London consultancy Whitefox.

In that interview, he spoke about his intention in building Pressbooks, which creates formats for print-on-demand production as well as for digital copies of books, all in one process. McGuire told Whitefox:

“The idea behind Pressbooks is: make it easy for anyone to create a professional e-book and print book, with very little technical know-how, and no design experience. Creating the files you need to publish a professional-looking book is hard. Pressbooks was invented to make it easy.”

If anything, he told Whitefox, the marketplace presence of Pressbooks so far has surprised him by leaning toward the capabilities of his book-production software. Futurist that he is, he said he had expected the system’s “webbiness” to be its drawing card but users have taken most readily to exactly what the Pressbooks Public capability will offer: making fully formatted editions of e-books and ready-for-print books easily.

And he has a terrific, two-part answer to a question about such new community sites as Wattpad and his own LibriVox (which offers free public-domain literary audiobooks). The question is about disruption of the traditional industry. Do such new developments, Whitefox asked, “threaten traditional publishing?”

“First, yes, they absolutely threaten traditional publishing. New platforms, and the Internet in particular, are constantly bringing new ways to provide literary experiences to people — LibriVox and Wattpad are just two examples, but the explosion of self-publishing itself is another. These all come out of impulses which in many ways are incomprehensible to people in traditional publishing (“What do you mean, _anyone_ can publish? That’s madness!”). And every minute and every hour readers spend with these other sources of literary experiences are minutes and hours they are NOT spending reading the latest novel published by a New York or London (or, for that matter, Akron) publishing house…

But my second answer is: no, they do not threaten traditional publishing. All these new platforms increase people’s engagement with literary experiences, and so increase the overall cultural engagement with the literary. And this, ultimately, will benefit (some) traditional publishers, even if it means they will have to transform themselves to adapt. Some won’t make the transformation successfully. It’s not going to be easy for everyone. But overall, and over time, traditional publishers will adapt, new publishers will emerge that blend the best of the traditional world with newer approaches enabled by new platforms and technologies, and we will have a richer, wider and deeper literary ecosystem than ever.”

‘It Empowers Our Users’

Certainly, there are parallels to be drawn in the newly deepened capabilities that BiblioBoard & Pressbooks’ SELF-e now is bringing to libraries. For instance, longer established self-publishing platforms soon may see the Pressbooks Public program as attractive competition to their own offerings.

From the librarian’s perspective, however, the advantage seems clear.

Catherine Royalty—the Los Angeles Public Library Acquisitions Manager who spoke with us about her library’s efforts to “foster a community of local authorship”—is quick to welcome of the new Pressbooks Public capability. Her library is among those in the beta during NaNoWriMo.

“We are thrilled to add Pressbooks to our resources for our active local author community,” she said. “It empowers our users to create a professional, polished final product, and it fits in beautifully with our use of the SELF-e service.”

As the program rolls out more widely early in the year, a growing number of authors will be able, then, not only to submit their e-books to their libraries through SELF-e but actually to publish them and create formats for the full array of potential distribution points, all in one operational environment.

More news to come as Pressbooks Public goes into full launch early in the year.

Porter Anderson ( @Porter_Anderson ) BA, MA, MFA, is a journalist, speaker, and consultant specializing in book publishing. Formerly with CNN and the Village Voice, he is today Associate Editor of The FutureBook for London’s The Bookseller and has programmed and will lead the inaugural Author Day conference at 30 Euston Square on 30th November. He produces The Hot Sheet, an industry newsletter for authors, with Jane Friedman, and he writes #MusicForWriters and other publishing material for Thought Catalog in New York City. This autumn, Anderson has programmed and/or spoken at publishing events in Matera, Italy; St. Pete Beach, Florida; Frankfurt; Singapore; New York City; and London. His weekly international #FutureChat on Twitter for The Bookseller focuses on digital publishing issues and is live on Fridays at 4 p.m. GMT/London time.