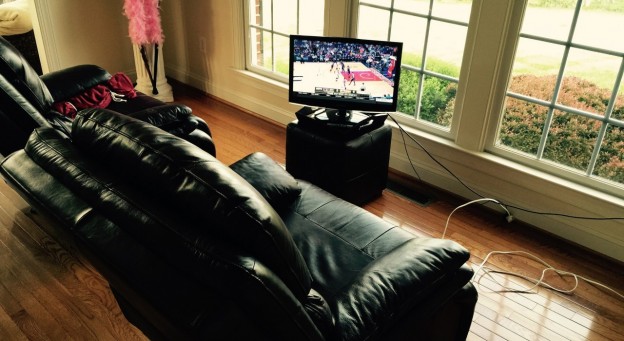 Photo by Dion Hinchcliffe on Flickr and used here with Creative Commons license.

Personnel at ESPN and their parent company, Disney, are feeling the pressure after losing around 3.2 million subscribers in a little over a year. This caused Disney to impose major budget cuts to ESPN and re-evaluate their business strategy in the hopes of combating their dropping subscriber numbers and household reach. More importantly, this trend illustrates the changing media landscape of sports and the shifting ways in which fans are consuming it – and how companies like ESPN might find themselves in an identity crisis. In light of these changes, ESPN needs to consider how they want to position themselves in the industry as sports evolve and as the new digital era favors an approach where leagues/teams deliver content directly to consumers. Traditional broadcasting organizations like ESPN must change their strategies because once the profit-loss calculations make it feasible for sports teams or leagues to go direct, the age of television ends and the post-television world begins.

While we see so many changes in the sports media landscape, it is clear that sports is made for our digitized world, and the cuts at ESPN highlight that the model still has not been sorted out yet. Live events, be they broadcast on television or streamed on various devices, are able to be bundled into any number of packages for the ultimate choice buffet. There are the main drivers and the live events themselves, which command significant money in rights fees (and subsequent advertising dollars). Increasingly, however, sports programming is being distributed across platforms and in formats that allow individuals to watch entire games when and where they want all the way down to selected highlights (e.g., NFL Red Zone). For over 25 years, cable wore the crown in terms of choice options for sports after decades in the possession of the three main broadcast channels. Entire networks were created to cater to sports and not a day (or night) goes by without hundreds of sports choices being shown across cable channels.

"In the end, major broadcasters have to re-evaluate the ways in which they view themselves."

Perception would suggest people are abandoning cable for digital options. However, the shift from cable, while substantial and measurable, is more akin to what can be considered cord shaving. Certainly many people left cable for other options, but technologies such as digital video recording allowed cable to remain relevant. Significantly, and financially speaking, this shift of attention and viewing behaviors impacted the advertising element in the cable – sports – customer triad. Sports, to some extent, weathers this storm because the live content is still a strong pull for audiences and many people build their days, nights, weekends around sports events, especially playoffs, tournaments, and championship events.

ESPN, the largest sports broadcaster in the United States, has been the hardest hit. New competitors from Fox and elsewhere coupled with public perception problems related to on-air talent (e.g., departures, controversies) have taken their toll. Viewers left the channel, but it retains its leadership position. Choice threatens it, however. To be fair, the network, along with others like NBC Sports or Fox, are in a more difficult position to bring content to market in a faster and more meaningful way than just through traditional television broadcasting. League and team personnel now provide content that is relevant to fan bases and the general public. In other words, content much closer to the ground (i.e., fan) including behind the scenes, highlights and news, and other information relevant to local markets. Much of it is free in these forms whereas ESPN’s management needs to keep profit margins healthy.

Photo by flash.pro
on Flickr and used here with Creative Commons license.

Convenience, convergence, and connections among content and people: these are new strategic areas that large broadcasters struggle to develop in meaningful and monetized ways. Television is not disappearing soon, but it will. If you strip away the events and games from ESPN, for example, what is left to generate interest between the events and games? Yes, they have successful shows, but they have 24 hours to fill and prime areas are covered by content. What about the accessibility moments across a day when a quick video or behind the scenes interview is wanted? This point is the tactical area that troubles large broadcast companies since they cater to a mass audience with mass content. The shift facilitated by technology is moving towards individual audiences and individual content. Without ownership of content, there is limited margin for gain despite the executive level’s belief that adaptability is possible.

A sports world where direct-to-fan content from teams/leagues, conferences, events, and digital third parties, developed across multiple levels of access packages, is not hard to imagine. Some college conferences have taken steps to control their content to shift strategic efforts and to offer a suite of options for fans turning them into media companies in their own right. It is not hard to see a day when the National Football League or the National Basketball Association can control all broadcasting options for their properties. In theory, this makes perfect sense as fan engagement and return on investment metrics are clear and under their control enhancing the relationship between sports organization personnel and their sponsors/partners and, ultimately, between the sponsors/partners and fans.

Photo by Michael Coghlan on Flickr and used here with Creative Commons license.

In the end, major broadcasters have to re-evaluate the ways in which they view themselves. Are they in the television broadcast business (i.e., content distribution) or in the content creation business (i.e., media companies)? With changing media models and consumer preferences putting pressure on sports broadcasters (e.g., ESPN), personnel at these companies must decide how they will identify with their customers and sponsors/partners/advertisers in order to position themselves in the new marketplace. Without control of the content itself, it is hard for traditional broadcasters to do the latter and becoming less than optimal to be the former. Sports league and team personnel are becoming savvier in the ways they interact and engage with fans. This relationship can be profitable in terms of subscription and access fees, but can also be nimble and targeted (e.g., free content, unique digital experiences). As content providers, though, sports leagues and teams have more in their favor than broadcast intermediaries who pay for the content. Without change, traditional, and market dominating, sports broadcasters will face stiff competition from the owners of the programming they broadcast.

Michael Pfahl is an Associate Professor and Undergraduate Program Director in the Department of Sports Administration at Ohio University. He specializes in the convergence of media, technology and sport, environmentalism and sport, and human resource issues in sport organizations.