Science Journalism Has a Big Problem. How Can We Fix It? 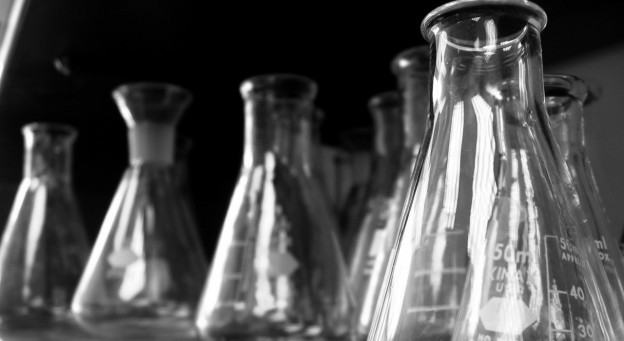 Photo by Amy on Flickr and used here with Creative Commons license.

In June, I was putting the finishing touches on a longform story about protecting ecosystems from climate change. After weeks of reportage and three rounds of edits, the publisher was set to green-light my 2,000 words. My editor just needed a few final details that would describe the ideas of the lead scientist I profiled in a more accessible way without too much jargon. People, after all, tend to want to read about people. Not plants.

The request seemed innocuous enough, so I emailed the scientist asking for a simpler description of a hurricane from his point of view, as well as some other minor questions that would allow me to nail down the practical application of his work. I hit send and figured I could finalize the article by the end of the day.

"With the political landscape so precarious for researchers, a wrong word can cost them their careers, and the burden of making sure the work is perceived accurately often falls on the journalist."

Photo by Chapendra on Flickr and used here with Creative Commons license.

However, when I received this reply, I was saddened, frustrated and more than a little put off: “Based on your email and the publisher’s demands, this is no longer the article or information that I envisioned … Your potential article has morphed into a potential problem. I am sorry, but I can’t approve proceeding with an article on my program.”

Since the researcher didn’t actually have the right to approve or deny the article, I brought the issue to my editor. After several days of discussion, I heard back: The publication was pulling the piece since editors would have to fact-check through this man, who seemed “uncooperative.”

I was out nearly $2,500, had wasted weeks of time, and, more importantly, a great story about how scientists were using nature to combat topographical changes caused by global warming — and it wasn’t being told.

Photo illustration by zhouxuan12345678 on Flickr and used here with Creative Commons license.

In the researcher’s defense, he’d been burned by a reporter before, which he’d told me when we first started working together. Someone published the wrong information about his work, and when he went to apply for more grant money, his program was rejected based on the article. That’s a big deal and a big problem. One that happens more often than you might expect.

Jamie Gillooly, a biologist and professor at the University of Florida, believes firmly in building a bridge between the scientific community and the general public through journalism. And he told me this in spite of once losing out on funding because of a story written about his work.

“A number of years ago, a bunch of us came up with the metabolic theory of ecology, and that got a lot of press,” he said. “There was major pushback from the science community about how the work was represented to the public, which continues to this day. We were just denied funding for something completely different, and in the rejection they went off on that decades-old theory.”

With the political landscape so precarious for researchers, a wrong word can cost them their careers, and the burden of making sure the work is perceived accurately often falls on the journalist. To get around this, writers need to find a gentle balance of trust and transparency while remaining true to their code of ethics.

Science journalist Jill Neimark, whose work has appeared in Discover, Scientific American and Science magazine, has occasionally had to overcome mistakes made by other journalists when approaching new sources. When writing about the widespread problem of cell line contamination in cancer research, for example, she interviewed renowned thyroid cancer expert Dr. Kenneth Ain, the director of the thyroid oncology program at the University of Kentucky at Lexington, who previously had a disastrous experience being misquoted by a Medscape reporter, and was understandably skittish about being interviewed.

Taken out of context, scientific phrases can have longstanding repercussions for those at the helm of the research, which is why Neimark had to take extra measures to earn Ain’s trust and cooperation. “I was very understanding of his concerns,” she said. “I was patient. I fact-checked myself with him up to the very end to be sure I made not even the teeniest error. I was respectful of the complexity of his story.”

According to Debbie Treise, the senior associate dean of the University of Florida’s College of Journalism and Communications, fact-checking without giving sources final approval is paramount. “I would ask the source for clarification, and perhaps other sources, university scientists. The National Association of Science Writers has a wonderful website to check as well,” she said. “But all people, not just science-trained types, want to take back what they said and how they said it. Sometimes the journalist has to cut for space, comprehensibility or audience needs, and that is not always the way scientists feel it should go.”

And print isn’t the only publishing medium that requires massive compromise; writing for television news can be even trickier. University of Connecticut broadcast journalism professor Steven Kalb said sources are right to be cautious about dealing with the press. “I don’t blame people for not trusting us, as we have done a pretty good job as an industry of earning that sneer,” he said.

As a journalist, he explained, the best way to get a story is to be open with sources from the beginning so they’ll fell like they’re in control. “Tell them why they are important to the story and why you want to get it right. At some point they’ll either play with you, or it is time to find a new person.”

Moving Beyond ‘US v. Them’

In Neimark’s case, the end result was an article that made both the journalist and the scientist proud. However, in my example, I had done just about all I could to help my researcher feel at ease. I’d already published a piece about his work in The Gainesville Sun, which he praised. I allowed him to look over his quotations and double-check the methodology and practical applications of his work to ensure there would be no errors. If the publisher didn’t have those few extra questions, we were ready to go.

Gillooly told me a lot of factors play into how researchers look at journalism related to their work — egotism, narcissism, fear of misrepresentation or plain social anxiety. Scientists are used to ruling their own research, he said, and letting someone else take the lead on their research can be hard.

“You get a level of narcissism there because the scientists who make it big are independent operators,” he said. “They run their own show and the people around them hop too. That’s what they are used to.”

For journalists, the precision and accuracy needed to represent the work can be a stumbling block. “I’ve had things that were slanted the wrong way, and I had to push back aggressively to make it right,” Gillooly said. “I usually feel like I have to settle at some point. If the general gist of the story is correct, I have to let go of the other stuff.”

The way out of this mess? The scientists and journalists I spoke to agreed that cooperative training would be the best way for the scientific community and publishers to get on the same page. Without organized workshops and training sessions in which both scientists and journalists are mandated to participate in place, both sides have to compromise if they want publicize new research in a way that is both accessible and accurate.

“If scientists were selling vacuums to put food on the table, we would be homeless right now,” Gillooly said. “We are horrible salespeople. But journalists have to do their part and come into the discussion with at least a basic understanding of what we’re doing.”

And should a story misrepresent scientific work, the blame should fall on the journalist’s shoulders, not the scientist’s. In other words, writers need to be allowed to do their jobs and should expect to be held accountable for their work — and scientists need to understand that even if they want editorial control, that’s not something they’re going to get.

Clarification: This post has been updated to clarify that University of Connecticut broadcast journalism professor Steven Kalb said sources in general are right to be cautious when dealing with the press.

This piece appeared in Contently’s The Freelancer, and was produced in partnership with Fast Company. It was originally published, in a modified form, in Fast Company’s Future of Work section.

Darlena Cunha is a former television producer turned freelance journalist and mother of twins. She writes for TIME Magazine, The Washington Post, The Atlantic and Dame Magazine, amid others. You can find her on Twitter @parentwin.