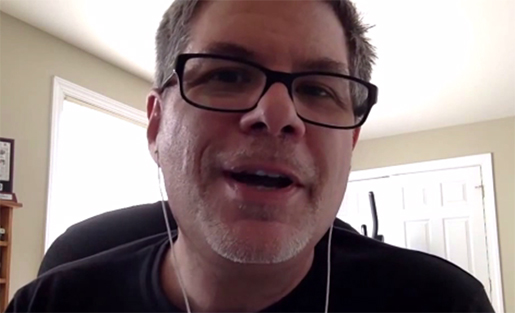 Anthony DeBarros explains what excites him about virtual reality in journalism.

It may seem like science fiction but wider access to virtual worlds are on the horizon. In fact, with a little bit of cardboard and an Android phone you can visit places like the Grand Canyon right now. Journalists and publications are stepping into this new medium to bring us stories like “Walking New York,” in which the New York Times Magazine invites viewers to visit the sidewalks of New York and read about people who love those streets. Virtual reality is also being used to recreate stories in the headlines like the death of Trayvon Martin. But it’s not just about placing viewers in virtual worlds and letting them explore. Projects like the Des Moines Register’s “Harvest of Change” uses text, graphics and sound to create a journalistic experience that is truly immersive. But journalists don’t necessarily have to go it alone. Virtual reality studios like Specular Theory, Secret Location and Emblematic Group are popping up to help produce these projects. This week we’ll dive into this new medium with Anthony DeBarros, director of product development for DocumentCloud; Ryan Pulliam, co-founder and CMO of Specular Theory; and regular guest Andrew Lih at American University. MediaShift’s Mark Glaser will host, with Jefferson Yen producing.

"As a journalist, nothing excites me more than this idea of being able to put our viewers into live breaking news situations" - Anthony DeBarros on the potential of virtual reality

Anthony DeBarros is Director of Product Development for DocumentCloud, a service of Investigative Reporters and Editors. Before that, he led an interactive applications team at Gannett Digital that built data-driven interactives for investigations, elections and publishing tools for the Gannett platform. While there, he was the producer of “Harvest of Change,” the first large-scale virtual reality journalism project to combine 360-degree video, a game environment and immersive storytelling for the Oculus Rift.

Morris May is the CEO and Founder of Specular Theory, a VR content creation studio and technology lab based in Venice Beach, CA. He has been a Hollywood visual effects expert for more than 25 years, working on 30+ films including two Academy Award winners: Spiderman II and Happy Feet. Specular Theory is recognized as a leader in the VR community and received national media attention for his VR film “Perspective; Chapter 1: The Party” (by Morris May and Rose Troche) which premiered at Sundance and was one of the most talked about virtual reality experiences of the festival.

Ryan Pulliam is the co-founder and CMO of Specular Theory inc.,  a leading virtual reality content creation studio and technology company based in Venice Beach, CA. Ryan has been a guest speaker at TEDx and Singularity University, presenter at CES as an Extreme Tech Challenge Top 25 Finalist and she is a published expert in a top women in business book, “The Seven Pearls of Financial Wisdom.”

Even though virtual reality is being hailed as “journalism’s next frontier,” the medium is hardly perfect. While the Oculus Rift and Google Cardboard are impressive technical achievement, not everyone has access to them nor are they the only companies working on virtual reality. Samsung, Sony and HTC are all working on new hardware. It’s still unclear if virtual reality will gain mass market appeal. Microsoft is working on augmented reality goggles called the HoloLens.

Does the ability to strap a relatively high-definition screen with motion track to your face bring that much more to the experience? We’ve been able to create stunning, immersive environments since the early ‘90s. You can judge for yourself. You can currently view “Walking New York” and “Harvest of Change” without virtual reality sets on the desktop. Many people have also reported getting motion sickness while using virtual reality goggles. Hard hitting journalism should provoke a response in people just not like this.

There is also a matter of perspective. Camera orientation can change a viewer’s outlook on a situation as we’ve seen in the discussion about police body cameras. This is a topic Specular Theory explore in their project “Perspective,” a fictional work that depicts a sexual assault from both sides. Right now, only a handful publications have used virtual reality and that’s unlikely to change until the technology gets widespread adoption. Would you buy a set of virtual reality goggles and augmented reality goggles? What do you think of its potential for media and journalism?