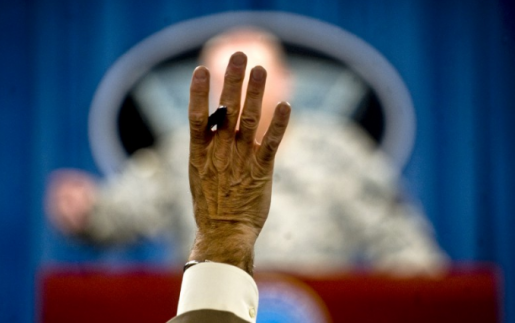 There are two seemingly incompatible trends going on in the publishing world right now. On one hand, there is a growing number of sites giving up on the idea of “comments” entirely (Wired has a good timeline on that). On the other — maybe as a reaction of sorts? — there is this movement to elevate the contributions of the people formerly known as “readers.”

Both are acknowledging that the box below the articles have never reached its true potential of creating interesting conversations on the great majority of sites. Even those that think comments are generally good concede that moderating and participating take a lot of time, and some newsrooms simply don’t have the staff to do it.

"The most exciting stuff in this field is happening when people are simply reimagining ways to create true, meaningful conversations, as well as highlighting the best ones."

There is still work to be done on the old comment boxes, for sure (Civil is doing interesting moves on that front). But I think the most exciting stuff in this field is happening when people are simply reimagining ways to create true, meaningful conversations, as well as highlighting the best ones already happening. You can call it “curated conversations,” “deep editorial engagement” or whatever combination of community buzzwords that you prefer. But there are things happening.

Take The Atlantic. Their cover story, on mass incarceration, was closed for comments, but the conversation around Ta-Nehisi Coates’ essay popped everywhere around the site and on the web. So the team selected some emails, comments, and blog posts in other sites and started, in a series called “debating mass incarceration,” to highlight good comments and do small reply-stories (is this a thing?).

The Atlantic engaged in serious conversations with its readers.

Upvoted, the new site from Reddit, is being presented as a “way to introduce people to Reddit” and people are highlighting the absence of comments. But this is just a part of the story. Upvoted curate, write introductions and illustrate some of the best contributions from redditors. And there is a lot of amazing stuff happening there. You can’t talk about “comment sections” on Reddit, because it’s a forum, but I think it represents the same idea: the editorial team is giving back to the community a way of presenting itself in a more meaningful (and beautiful) way to the rest of the world.

In its just announced revamp, Medium is trying to be not only a platform for blogging 2.0, but a space for thoughtful conversations. Or what Ev Williams aptly calls “thinking with others”:

Increasingly, people come to Medium to find the most diverse thinking on issues they care about. And they don’t just find it, they read it. And they don’t just read it, they respond, they share, they highlight the best parts. When you read on Medium, you’re reading and thinking with others — others who share your views, as well as those who don’t (which makes you smarter).

And this idea of chaining together better-thought “reaction pieces” is not only true to Medium. Indieweb is trying to move this to the whole web. Call me a fool, but even in places where the comments appear to be losing, I see small victories. When Motherboard announced they would be closing the comments, I saw Twitter lamenting the news, like Dan Gillmor.

But with their curated “letters to the editor,” I think they definitively can do something better than what they were doing (frankly, not much). Says the editor:

We’d all wager that the scorched Earth nature of comments sections just stifles real conversation. Everyone at Motherboard highly values solid discussion of our reporting and opinions, because it’s a crucial way we get better. We’re still human and praise always feels great, but criticism is necessary for the strength of our publication. So instead of burying discussion in a comments section, we want to publish the best for all to see.

Of course, not every organization has the time to do the curation, sort all of the commenters and see who is fit to be a better contributor. But that’s changing too, with, among other things, the new tool from the the Coral Project, which promises to create “a system that manages the reputations of users, allowing publishers to stratify their users by levels of trust.”

There is a commercial argument to be made as well. With a more engaged community, we can have an honest talk about ad-blocking software, for instance. But, even better, with better conversations alongside articles, we can even ask people to pay to enjoy this enlightened community of good commenters. A point eloquently made by New York Times’ community manager Bassey Etim in the Mediatwits podcast earlier this year (jump to 18’50”):

The tools that we use to communicate are not neutral, and we all know that. But for the last 15 years or so there’s been very little innovation in the way the comments, or the audience contributions in general, are handled. Actually, we can say that the comment box peaked around 2012, when Nick Denton was investing heavily on Kinja (maybe there’s still hope for it) and Huffington Post was buying tech companies to help them handle the insane volume of 25,000 comments per hour. Last year they’ve switched to the very bad Facebook platform, which is another way of saying that they gave up.

Let’s say you forgot the disaster that iReport and all the “imagine you are our staffer” experiments have been this whole time. You still firmly believe that reader’s contributions can be a good thing. Good. Next question: how do publishers compensate them? Should they?

It’s not that simple. For some readers in more prestigious outlets, the simple idea of being “surfaced,” highlighted, and maybe edited would be rewarding enough. For other publishers, the lack of pay can create a HuffPo nightmare. But I think that the idea of enhancing the conversations has to be tied in some way to a membership scheme. Something like: be one of New York Times top commenters, get two free subscriptions to gift anyone. Wouldn’t that be nice?

The other problem is that maybe I’m being too optimistic here ignoring the small elephant in our pocket: mobile. It’s a problem to advertisers, publishers, and, of course, users.

Today, when I see a long and well thought-out comment, with paragraphs and all, I immediately think: this is probably a person typing in front of a computer — either a game/tech enthusiast or an older dude (commenters tend to be male in most sites, for actually many reasons). And this applies to me. When I want to really nail that comment rebuttal in that fourth reply (I still do it), I open three tabs to fact-check my data, confirm some spelling and create a bulleted, point-by-point micro-essay. This is tedious and a lot slower in my iPhone than when I do in my computer. But I think those are the types of responses that transcends “comments” and turn in conversations.

The new “reactions” emoticons from Facebook will probably kill an enormous part of Facebook comments, at least on mobile. Because when a person is replying in its smartphone, a lot of what I see are one-liner reactions. “Wow!”, “This is gross,” “Cute ❤” etc. Clicking a button that translates this emotional is a better (even if lazier) way, and will probably be favored by most users.

But we — as publishers, as people, as a democracy — need better, more complicated reactions to the journalistic work. The implicit question at the end of every article, before the comments (“so, what do you think of that stuff?”) is not good enough, just to begin with. The basic architecture of most websites doesn’t help either. The lack of editorial engagement in all those conversations is another big problem.

We now have a more nuanced view of what is broken. The “but people are horrible, don’t read the comments” is tired (or expired). What we should build next?

Pedro Burgas (@Burgos) is a journalist obsessed with journalism, impact and communities. He is currently finishing his M.A. in Social Journalism at CUNY. He has spent the last 12 years writing for magazines and managing online news websites in Brazil. He’s been the editor-in-chief of Gizmodo Brasil, executive editor of an online media startup (F451) and founder of a website for longform essays and podcasts called Oene. He also wrote a book.