Freelance Journalists, Meet Freelance Platforms: Together You Might Rock 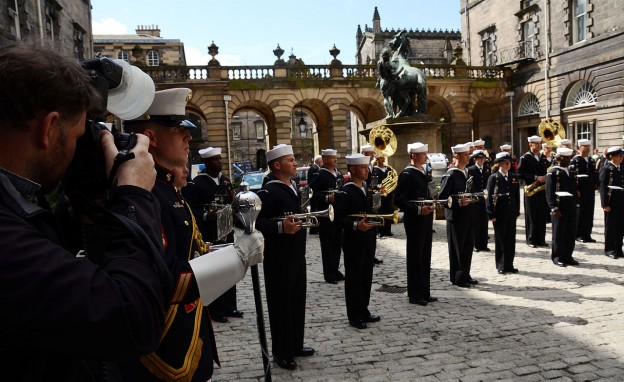 The simplest answer might lie in part within a cluster of so-called freelance platforms that have sprung up mostly within the past five years. Some of them are very mainstream (such as Washington Post), while others are still in the “sign up so you’re ready when we go live” stage (such as Current by Capture). Some have a more involved signup process (such as Newsmodo and Paydesk) and others are extremely on-the-fly (such as Periscope and Storyful).

"Regardless of the network or platform, freelancers are likely to continue to form a powerful part of the global economy."

Periscope for Android phones (via Periscope).

The platforms are emerging largely in response to the need to connect journalists with media outlets in the pursuit of buying and selling photographs, video, articles, and even longer-term projects. Beyond money-making opportunities, they also provide exposure, access, and networking opportunities.

Networking platforms have serious potential. In fact, anyone clinging to the old way of doing things should seriously reconsider their position.

Legacy media, in particular, might be at risk. The Washington Post’s Talent Network is much more of an exception than the rule. The Post’s freelance platform, while still very young, aims to give editors access to the talent they need to fit the constant demand for global news and information.

The venture was launched in mid-2015 and requires an application and a vetting process of several-weeks before the Post even gets back to you. As a freelancer myself, I signed up to the network in mid-September but have yet to hear back.

Whether the Post’s network will lead other legacy media in a similar direction depends.

Amara Aguilar, an associate professor of digital journalism at the University of Southern California says change is coming, but slowly. Yet there seems to be just no way around the lag between tools and how they’re being used by the industry.

“Technology is moving so fast, and news organizations are struggling with day to day, and mobile, and apps, and all of these other things they need to keep up with,” said Aguilar. “News organizations have a hard time keeping up.”

Aguilar thinks that this daily rush of the news business may have slowed down the process for many media outlets to adopt new technology and reframe the structure of how they connect with freelancers.

As a result, perhaps inevitably, startups have begun to move in and fill the void, increasingly playing the role of a liaison or matchmaker between media organizations and freelance journalists with their freelance platforms.

One of the most promising platforms is offered by Blink, a New York City-based startup that uses a real-time location platform to connect media companies with journalists. It has a network of over 8,000 journalists and 1,200 editors. It was founded partly with the idea that freelance work is commissioned in an outdated manner.

“Word of mouth and personal relationships are critical in the business,” said Matthew Craig, CEO and co-founder of Blink. “But I’m not going to agree that is should be the standard. I think it’s substandard.”

As a former member of the Wall Street Journal photography staff, Craig witnessed a major shift in the media industry partially ushered in by events such as Arab Spring. Blink launched the second incarnation of its platform on October 14, and its freelancers already span 160 countries.

The company’s platform has a web version and an app version. The app employs a location tagging function (it can be turned off for safety) and acts as an inbound/outbound messaging system for journalists and editors to communicate about assignments. The web version allows for updating work samples, biographical information, and building a network.

For editors, who can use a free account or a Blink Pro group account with a shared network for $50 a month per editor, it’s global network of journalists on demand. For freelancers, it’s potential for work. Though the core of the freelance network is those who work on visual media, writers are also represented.

Craig sees Blink’s work not as a disruption, but part of the evolution of the media industry.

“I think the market has already evolved so much. While all of these gatekeepers were sitting around and thinking about how things were falling apart [during Arab Spring], that was just the new normal.”

Other platforms are blurring the lines between content from the man on the street and professionals.

Storyful, a Dublin-based video verification and sales service, utilizes a team of 25 journalists to scour the social web for news video and viral video. The videos with news value are brokered for licensing rights to media outlets. The vetting process is focused on whether the video is authentic and not whether the person who took it is a professional. Though the licensing fee they command isn’t as high as a reporter might get selling to a network or cable news, it’s fast, simple, and could help a less-experienced journalist build brand recognition and confidence.

It’s also an example of a platform that doesn’t rely on professional connections. If someone shoots good video of a news event that’s in demand, they can ping Storyful’s newsroom to alert them. If an outlet is interested, the videographer will hear back.

“We’re on the lookout for emerging stories around the world–we go after anything and everything,” said Mandy Jenkins, Storyful’s director of news. “Often we are not really looking for journalists. Often we are just trying to find eyewitnesses.”

Though Jenkins said that it’s “not really common” for them to work with freelance journalists, the increasingly breakneck pace of the 24-hour news cycle could change that. A reporter in the field who captures newsworthy video and wants to get it out as quickly as possible can simply tweet @Storyful to get their attention or shoot an email to  [email protected] and the newsworthiness of the video will be assessed.

There’s another benefit. Storyful’s 24/7 operation also means not having to wait for an editor in another part of the world to wake up. If they want the video, they will get back to you.

Though Storyful and other platforms are heavily geared toward multimedia journalists who can provide photos and video, there are other platforms that function more like traditional networks with opportunity for writers as well as visual storytellers.

Australia-based Newsmodo has a great interaction between the freelancer and the network. Once you’re registered, the Newsmodo team sends regular (but not incessant) emails with a list of currently available assignments. The lists range from one topic to several available assignments or opportunities to pitch. You click on the link to pitch and are provided with a description of the assignment and a format where you can lay out a pitch.

Regardless of the network or platform, freelancers are likely to continue to form a powerful part of the global economy. In the U.S. alone, almost 54 million Americans are doing some type of freelance work, according to the Freelancers Union. There are no solid numbers on how many of those folks are journalists, but freelance work–including freelance media work–seems to be steadily growing.

As Blink’s Matthew Craig puts it, “Media is such an important part of the economy.”

Genevieve Belmaker is an award-winning freelance journalist and photographer based in Jerusalem and New York City. She is also author of Moon Handbooks’ travel guide to Israel and the West Bank, “Moon Jerusalem and the Holy Land” and a graduate of the University of Southern California.

Correction: This article has been updated to correct where Blink is based and to clarify the pricing on Blink’s accounts.