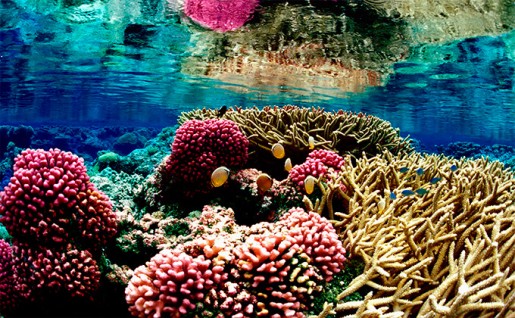 The Coral Project is an effort to rethink and reshape communications between news publishers and their audiences. Image from Flickr.

Andrew Losowsky, a 2014 JSK Fellow, is leading The Coral Project, an effort to rethink and reshape communications between news publishers and their audiences. The New York Times, The Washington Post and Knight-Mozilla OpenNews are collaborating on the project, which just announced its first product, a open-source “listening” tool to help publishers better understand frequent commenters and contributors. We caught up with Andrew to talk about this unique endeavor.

What attracted you to The Coral Project?

"For journalism to survive, I believe that we need to form stronger communities around what we do."

Andrew Losowsky: I first understood it to be about making a better comment box. That sounded like an interesting challenge — a clean up job, creating better tools. However, the closer I got to the project, the more I realized that it could be much more ambitious than that.

In order to fix the problem, we need to go deeper. What is the point of having comments at all? What is the relationship between the audience and the journalistic mission? With better, more targeted tools that make people feel safe, validated, listened to, and more willing to share their knowledge and expertise, what could it be? For journalism to survive, I believe that we need to form stronger communities around what we do.

As a Mozilla project, we actively reject the traditional business model of the Internet: to collect and then sell your users’ data. Instead, we want to build tools based on journalistic needs — tools that help journalists better understand, and become a more integrated part of, the communities that surround their work.

The Coral Project has a decent budget, an exciting mission and the freedom to think and act bigger than if we were defined by the day-to-day constraints of the newsroom. What isn’t appealing about that?

Your journalistic career has been a bit eclectic and unconventional. How has that helped prepare you for this work?

Losowsky: Every role teaches me something new about people and the world. My career has been eclectic, which means that I’ve been exposed to many ideas, approaches and influences beyond conventional newsroom practice. It’s also given me enough experience to know that I’ll learn just as much looking outside the industry, both for team members and for ideas, as I will looking within. The fact that I’ve worked in four different countries has also given me a broader understanding of how different and similar journalistic cultures can be.

During your JSK Fellowship, you got involved with Stanford’s d.school and its user-centered approaches to solving problems. How are your experiences there influencing your approach to The Coral Project?

Losowsky: A user-centered approach is at the core of what we’re building. It would be easy, and disastrous, for us to build something that we just think is a good idea, and then see if people wanted it. Instead, we’re focusing at all stages on real user needs, through interviews and prototypes, and partnering with real users to build each product. The d.school gave me an understanding of that process, how to adapt it to different situations, and why it is important.

A look at the Coral Project.

You’ve said Coral’s “listening tool” will help news organizations better understand their online communities. There are been various attempts over the years to improve commenting and user-generated content. What is different about this effort?

Losowsky: This tool is just the beginning. It will be part of an ecosystem of products that publishers can choose from. Among the many things that set us apart are our approach in focusing on newsroom user needs, not just building a single piece of the puzzle; that newsrooms will own all the data they receive; the access that we’re getting to newsrooms big and small; the series of products we’re building that connect to each other and existing workflows, so it’s not just ‘take it or leave it’; the Mozilla manifesto that underpins everything that we do; the ways in which we are open sourcing both our code and our process; and the fact that we aren’t just building tools — we’re also making a community of our own around these issues, to try and change how some journalists approach their work. If we only build the tools, then the same problems will likely reappear. We also need to change the thinking. I just published a post, What Makes Us Different, that explains this in a little more detail.

You’ve said that one goal is to develop a tool that identifies metrics that enable new organizations to determine which users are most trustworthy. How will you measure trustworthiness?

Losowsky: We won’t have a single answer to this question. Instead, we’ll give each publisher who adopts the product the tools they need to answer that question, and then to measure it based on existing behavior on site. In doing this, they’ll be able to get a better sense of what’s already happening in the comment spaces on their site, before considering new tools and approaches.

What has been the biggest challenge in leading this type of collaboration?

Losowsky: A month ago, I’d have said finding and hiring good people. Now we have an incredible team, and the challenge now is in getting every part of the process moving forward at the same time, while finding effective ways to do so in an open way. Next month, it’ll be something else. The role constantly changes, and I’m learning something new every day.

What insights/tips can you share with other journalists about working effectively with technologists?

Losowsky: Talk to them. Ask them what they need. And invite them to explain what they’re struggling with in terms that you might understand. Often, just by going through that exercise, they will find other ways to approach the problem.

Also it’s very easy for tech professionals to focus on small details as they try to solve problems — as project lead, my goal is to make sure that none of us lose sight of the bigger picture: what are we building, how are we building it, who is it for, and why are we doing it.