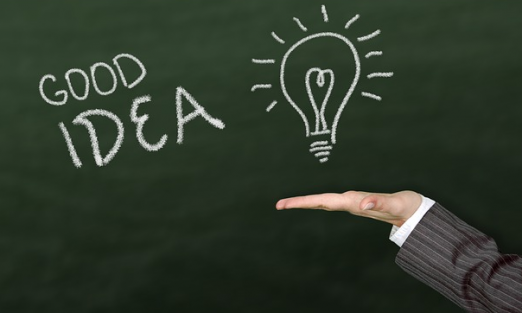 Listening to an 11-year-old girl talk about Stand, the app she created to connect people with the causes they care about, is downright humbling. Especially when, like me, you’ve spent most of your adulthood as a journalist and, as often comes with the territory, a cynic.

Spending two days at the Mashable Social Good Summit, with its energetic discussion about the UN’s new social development goals and the myriad ways people can fuel change, offered many such humbling moments.

"If you ask most journalists why they got into journalism, the answer is usually some variation of 'I wanted to change the world.' There is nothing wrong with that. And it’s never too late to start."

Tamping down my inner cynic wasn’t always easy. Mixed in with the inspiration were the platitudes, the simplifications, the activism by Tweet. But the more I heard, the more I realized there was much to learn. These people are on to something. They have a passion for changing the status quo that would serve most journalists well. They have ideas for connecting and engaging communities (in our parlance, audiences) that can help spark innovations for news.

Stand is an app to connect people with the causes they care about.

What does advocating for audiences mean? It means a responsibility to do more than just throw sundry facts out into the world. It means helping people, in this age of information overload, cut through the noise and make informed decisions. It means helping audiences figure out how to vote, where to find decent emergency services, whom to petition when their children’s schools are crumbling, whether or not the air they breathe is toxic.

Audience engagement needs to be more than sharing or commenting. It creates real interactivity between news outlet and news consumer that involves more than a Facebook like. It means providing news that is of tangible value to people’s daily lives.

At the Summit, Michael Skoler, vice president of interactive at Public Radio International (PRI), spoke about his efforts to reinterpret journalism’s role as an advocate for its audiences. “Journalists are truth tellers, not stenographers,” he said. Journalists often counter that the truth is unknowable, but he believes their role is to actively help audiences figure it out. That means providing useful information to guide their decision-making.

PRI is trying to experiment with helping its audience make those decisions. After the devastating Nepal earthquake, the radio and digital news outlet hosted a Facebook discussion to help people figure out the best charities to support and other actions they could take to help Nepalis. “Journalists need to join the conversation,” Skoler said. “Otherwise it will go on without us.”

If you ask most journalists why they got into journalism, the answer is usually some variation of “I wanted to change the world.” There is nothing wrong with that. And it’s never too late to start.

Sharon Moshavi (@smoshavi) is Vice President of New Initiatives at the International Center for Journalists (ICFJ), a non-profit based in Washington, D.C. ICFJ is shaping the future of global journalism through hands-on programs that empower journalists and engage citizens with new technologies and best practices. You can follow ICFJ on Twitter @icfj or visit our website: icfj.org.