Overcoming the Fear of Failure at the Knight Lab 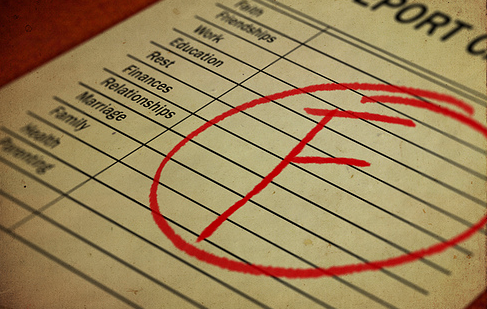 I have a fear of failure. I don’t like it when my inbox has more than five emails sitting in there (at the time of this first blog post draft’s conception, it was at 400). I cringe when my desktop is cluttered with screenshots and downloads. These, for me, are true indicators of the clutter that accumulates in life and how success is measured by organizing that clutter very, very well.

Let me be clear, I know I’m very fortunate for so many reasons. But this year, my first year on the Knight Lab fellowship, I had to grapple with fear in a condensed period of time more than I ever had before. Failure is more a part of my Knight Lab life than it is in any other aspect of my life. Usually, it seems, failure can almost be avoided with a good work ethic, communication and some luck.

In tech, failure can’t be avoided. We have all:

I knew, at the beginning of this quarter, that I needed to overcome this fear. In a field that requires us to fail and fail often, my fear of failing had held me back from learning code earlier, because every time my CSS didn’t work or my changes weren’t pushing to GitHub, I would close my laptop and move on to other work. My fear of failing made me hesitant of working on challenging projects. My fear of failing certainly contributed to my imposter syndrome.

Many people feel like they’re “lost in the Matrix.” Photo from Wikimedia.

And a few weeks ago, I found myself looking back and thinking, “I failed at accomplishing as much as I needed to this year.” I was in a good place, with a project I enjoyed, but still, I wish that I had discovered it in the autumn.

Failure as an Opportunity

But my Knight Lab colleagues taught me that there is an art to failure. Jordan Young led the attendees at one of our weekly Open Lab Hours in an exercise inspired by the Stanford d.school, designed to bring “purpose to process.” We paired up and basically psychoanalyzed each other to figure out what we each needed to accomplish in the following year. I learned from the fellows how to cope with failure in a healthier way.

“You should look at failure as an opportunity to learn,” said the ever-optimistic Alex Duner.

It’s easier said than done, but Alex was right. I needed to stop viewing days where I spent most of my time performing one task as wasted time. I pressed him for more concrete advice, he suggested that I change my mindset by changing my habits. Now, when I plan out my day, I give myself more time or put less on my daily to-do list to account for those minutes and hours I spend making mistakes. That way, I feel more accomplished then one thing on my to-do list, and if I devote unplanned time to fixing errors, it doesn’t set me back nor does it seem like wasted time.

I have also been keeping a daily log, which I have affectionately titled Anne’s Log of Fail, in the form of a Google document. Nicole Zhu, who’s currently hand-writing one personal essay a day for 100 days in a paper-bound journal, was the one who suggested this idea to me. Writing truly is the best way of making meaning, and for me, reflecting on what went right and wrong during the day helps me shape my mistakes in a productive way. In some ways, when I look back on my log, my writing is an accomplishment in and of itself.

Of course, some issues don’t have concrete solutions – you just have to will yourself to think differently. Spring quarter at the Knight Lab has been so much fun for me because I’m learning R and Excel and the tricks of the data trade – a balance between my love for storytelling and my need to code. Unfortunately, I only have a few weeks to work on it before I head off to two consecutive internships, and I can’t help but wish I had discovered it in the fall, or at least the winter. However, Thomas Edison did a good job framing his failures when he said, “I have not failed. I’ve just found 10000 ways that won’t work.” It’s fair to say that I couldn’t have arrived at the work I do today without having first discovered all the things that weren’t quite my cup of tea.

In tech, success cannot exist without failure. If you’re struggling, you’re doing something right. These lifestyle changes have done wonders for my sanity and growth as a journalist. I cleaned up my desktop last weekend, but I admit my inbox is still flooded with read and unread messages. That’s ok though. One step at a time.