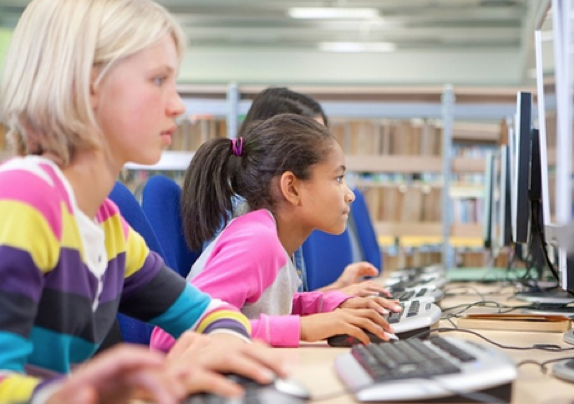 One of Beacon Reader's first Bounties will focus on diversity in the tech industry. Image from Beacon Reader.

Beacon Reader is a platform where readers fund journalists that do important work. From climate change to net neutrality, journalists have been able to cover the topics their audiences want to read.

Early on, the Beacon team recognized that readers want to engage with a specific  writer, not necessarily a whole publication, says Keren Goldshlager, project manager at Beacon Reader. Beacon readers can fund individual writers through recurring monthly payments ($5, $10, etc) or a one-time fee. The monthly payment then gives the reader access to the entire site, not just the writer(s) they support. Through this financial support, journalists then find and publish new and exclusive stories that audiences want to read.

“Readers get excited about issues they care about,” Goldshlager said. “It drives them to fund journalism projects.”

At its core, Beacon Reader is about the reader-writer relationship. Its new service Bounties expands upon this relationship by allowing readers to crowdfund and propose topics for journalists to cover. With Beacon Reader, journalists choose which topics they think readers want covered. With Bounties, readers–not journalists–decide what’s news.

Goldshlager said they knew readers thought certain issues were not being covered enough or at all.  They asked themselves: How can we empower them to help make this journalism possible? Their solution was Bounties.

How Does It Work

Readers create Bounties about topics they’d like a journalist to cover and pledge money directly to the topic. When a bounty hits its funding goal, Beacon Reader helps find a journalist to fulfill the bounty. According to Through the Cracks, deadlines are negotiated between the Beacon Reader editors and assigned reporter, and then communicated to funders. Funds cover everything from the journalists’ time to necessary resources, such as travel and equipment. Like their traditional platform, stories created through Bounties are published on the Beacon Reader site as well as any other outlet the author chooses, such as the Huffington Post orGlobal Post.

So far, Beacon Reader has used Bounties to crowdfund stories on topics ranging from the lack of diversity in the tech industry and housing costs in San Francisco to teenage incarceration and the story behind Planned Parenthood.

For the initial Bounties, Beacon Reader sourced topics from their team and active community members. As they integrate Bounties with their existing platform, Beacon Reader views the first batch of Bounties as a way to learn and experiment with crowdfunding campaigns in practice.

For example, Beacon Reader realized the critical role the creator plays in crowdfunding campaigns. When someone launches a campaign, he or she not only reaches the Beacon Reader audience, but also their own personal network: friends, family members, colleagues, social media followers, and so on. It’s a commitment, according to Goldshlager.

“As with any crowdfunding campaign, we can’t just put into the ether; it’s an active effort,” she said. “You’ll be most successful if you’re excited about topic and share it.”

Readers become more engaged when they play a direct role in creating journalism. Through Bounties, readers are engaging with journalism in the most tangible way possible. These crowdfunding campaigns are creating communities of people who all care enough about a topic to pool together their own money to make it a reality.

Beacon Reader has always focused on producing the most interesting projects possible. With Bounties, it wants to show readers the value that comes from funding journalism directly.

If you want to learn more about crowdfunding for journalism projects, check out our DigitalEd training, Crowdfunding 101, on August 18, 2015, at 10 am PT / 1 pm ET.