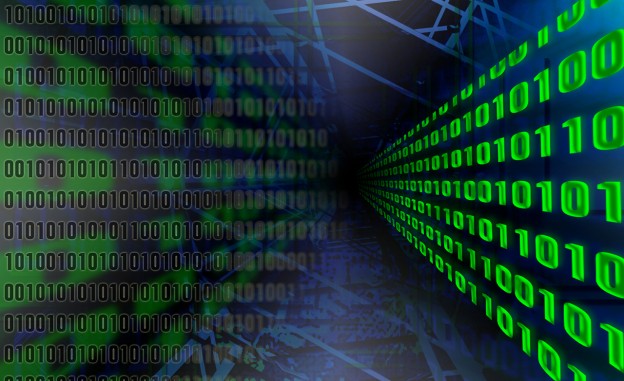 The idea of being replaced by machines is something that makes everyone a bit nervous. For digital publishers, there is a fear that the programmatic trend (using algorithms to automatically buy and place digital advertisements) could replace sales teams. However, the fear that programmatic technology will leave data scientists as the only ones with jobs (until algorithms can write themselves) is far from the truth. The automation that programmatic provides isn’t meant to replace sales teams, but rather, to help them evolve into something more powerful.

"Programmatic isn’t a robot looking to replace you, it’s a robotic exoskeleton looking to give you abilities previously unheard of."

In particular we see this in automated guaranteed, which automates direct sales of guaranteed advertising space on a publisher’s website.

Of course, automated guaranteed (or any kind of automation) doesn’t mean automatic success. Just like any other technology, its success comes from how it is applied and how much employees are willing to embrace it. Maybe your current team has proven it can improve efficiencies without automation. Perhaps the pace of programmatic just doesn’t fit your workflows. It’s important to remember that no one is forcing publishers to change from their current toolset. Yet if you’re being dissuaded because of a fear that automation will replace your human team members, regardless of the type of data-driven automation tool you invest in, you’re doing your team (and your organization) a disservice.

There are two main areas where sales teams can access unprecedented levels of new value with the adoption of various programmatic technologies:

Let’s define high-value sales as deals that meet your minimum threshold for an advertiser campaign, be that $10K or $20K. These are the deals your sales team should be focusing energy on.

When it comes to high-value sales, a skillful ad ops professional can change the game for a publisher. The right automation technology streamlines tedious day-to-day tasks, turning an “OK” ad ops professional into a rockstar. This frees them up to focus on more important tasks and becoming more accurate, efficient and empowered.

Minutes matter in sales, and they slip by fast when ad ops has to manually confirm an ad spot is available. Automation enables a “quicker close.” It’s like taking a plane across the country instead of taking a bus.

Just because an advertiser is a “small buyer” today doesn’t mean that they will be small forever. Many brands can’t pay $25K or $50K per month for advertising space right away. However, many have the potential to become high-value sales over time. Regardless of future outcomes, there are still two crucial reasons for having a meaningful local/small buyer strategy.

With local/small buyers you can create meaningful revenue lift to bridge the gap between traditional programmatic (i.e. cheaper real-time bidding auctions) and your high-value sales. Additionally, local/small buyers are particularly averse to wasting money. They spend on ad space that they believe will bring in customers, which means that you’re actually adding greater value for your website’s visitors because the ads they see are that much more relevant and engaging.

Publishers can tap programmatic and automated tools to reach this size buyer that empower everyone versus paying a middleman like Google. Benefits include:

A self-serve system is easy to get these days. It provides visibility and accountability, which inspires buyer trust.

With the right automated technology, publishers regain pricing control. Discounts are status quo when closing high-value sales, but you don’t need to discount smaller buyers, who have traditionally been able to use systems like AdWords to bid on spaces at lower prices. With some programmatic technologies like automated guaranteed, you set the price, and they can buy it or not.

In digital advertising, talking slows the sales process. Small buyers simply want to see what’s available and either buy it or move on. Use technology to show them what they can buy, no talking required, and you will see sales increase.

Instead of wasting time trying to upsell, a salesperson can send smaller buyers to a self-serve system that automates the sale. The salesperson is then credited with converting a sale that otherwise would have been lost. This promotes a sales culture that’s motivated, but isn’t incentivized by upselling alone, making the sales process much more enjoyable for everyone.

Access to inventory is everything when it comes to executing a media buy. People on the advertiser side want to be able to buy a publisher’s media quickly and efficiently. Ultimately the value in automation for them is the same as it is for publishers: to save time deploying advertising and drum up more business.

Of course, it’s true that programmatic and automated guaranteed isn’t for everyone, even within the digital publishing space. However, steering clear of automation out of fear that it will replace your teams will end up hindering your organization, regardless of industry or profession. Programmatic isn’t a robot looking to replace you, it’s a robotic exoskeleton looking to give you abilities previously unheard of.

Todd Garland is the Founder and CEO of BuySellAds, the monetization solution of choice for high-quality content creators. Todd is passionate about design, online advertising, and driving independence and sustainability for publishers through scalable, innovative ad products. Prior to founding BuySellAds, Todd was a user interface engineer at HubSpot where he was among the first dozen employees. Todd is fluent in Portuguese after spending a year in Brazil before attending college at the University of Massachusetts: Amherst, where he went on to study the language while perfecting his web development skills in his free time.