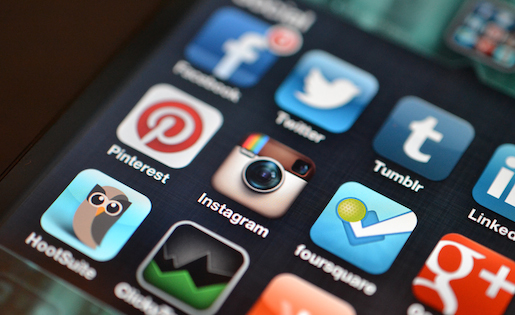 This past December, Instagram announced that it had eclipsed 300 million active users, which means that if it were a nation, it would be the fourth most populous in the world. Yet for many, Instagram still has a reputation for triviality—the superficial land of selfies, hot dog legs and pictures of uneaten food.

And there’s nothing wrong with that. It’s still a fascinating platform that lets us offer an absurdly large audience portals to our own (highly curated) lives.

"Though other publications use Instagram regularly...VQR’s project will be the first one designed exclusively for writers."

Some of the most creative writers and photographers in the media industry have been asking the same question. And now, a few of them are providing answers. Some, for example, are experimenting with adding short profile essays to portraits, taking advantage of Instagram’s visual nature and sparse textual options to create a new style of literary journalism.

Journalists Neil Shea and Jeff Sharlet have been two of the most vocal proponents of experimentation on the platform—not to mention living proof that this kind of serious and literary Instagram journalism is not only possible, but necessary.

Both men are contributing editors for the Virginia Quarterly Review, and for their latest project, they will commission one writer per week (chosen by either editor on a rotating basis) to produce three to five Instagram stories for the respected literary journal. According to Shea, the tentative launch date for the project is July.

Though other publications use Instagram regularly, and sometimes even require staffers to be active on the platform, VQR’s project will be the first one designed exclusively for writers. The concept seems unusual at first—the Instagram logo, after all, is a stylized camera. Until now, words have been secondary and easy to ignore.

But Shea and Sharlet think the platform has underutilized potential for creative non-fiction, as well as a sizable audience that could be very valuable to traditional publishers and journalists.

He has recently been using the platform to post stories from his most recent assignment in Kurdistan—the kind that, in the past, might have only lived in his notebook. “I always come back from the field with full notebooks, and so many of those stories don’t make it into the final magazine,” he explained. “So I’ve always been looking for ways to use those stories in another way.”

— For now the front is more about tea and waiting than ISIS and battle. At this spot just south of Kirkuk, beyond the oil fields and the slow green canal, there is shooting every day but mostly it’s a kind of conversation, and mostly it is the Kurds talking to themselves. ISIS is weak here, everyone says so. Just ask: Yes, beams a colonel, his ancient tanks peeling in the sun. Yes, frowns a Spaniard, who came hoping for greater glory. Of course, says the cook, boiling eggs in a half-crushed pot. Not far away, across a waste of grass and trash, in a village ringed with trees, ISIS fighters are waiting, too. Last week they were attacking. They came at night, or in the early morning. Crept in under cover of spring fog. A few weeks before that they were at the edge of the city, ready to purge in the name of God. But each time they have been beaten back. The Kurds have had help—airstrikes provided by foreign friends—and it’s given them time to build earthworks, berms and mounds and walls of mud that zipper north and south almost as far as one can see. This has become the new border of Kurdistan, and it offers a fresh grip on an old claim. Atop the tallest mounds anti-aircraft guns point toward the enemy. ISIS has no planes, but whatever. Neither do the Kurds. After dark we hear explosions over there, in ISIS territory, though no one can say what’s happening. The booms echo across the field like questions, and all along the Kurdish wall soldiers answer with gunfire. Little pops, frantic light. It’s just talking. Asking. Inviting. Hey, ISIS, what are you up to? Come see us. We’re waiting. — #onassignment for @natgeo #kurdistan #natgeo #kirkuk #iraq #kurdishwall #frontline #instakurd #everydayiraq #everydaymiddleeast #peshmerga #isis #daesh #onassignment for #nationalgeographic @petergwin @kengeiger @hawrekhalid @yuri.kozyrev •• a series: #kurds2015

Previously, Shea had tried using other platforms like blogs, Tumblr and even Facebook to tell these otherwise untold stories. A National Geographic editor suggested that he try Instagram—but even then he was reluctant. “What I knew about it at the time was cats, airplane wings and selfies,” Shea said. “But then I started to look around a little, and I saw that a lot of my colleagues were using it in interesting ways—using it in ways outside their magazine photography.” Sharlet, meanwhile, joined Instagram last August with similar apprehensions. As Sophie Kleeman writes in a profile of Sharlet for Mic, “He saw it as a dumping ground for the trivial and the superfluous… the things important only to an amateur photographer and his or her inner circle.” But, like Shea, Sharlet quickly found a pack of creative journalists who were using the platform as a tool to tell stories about others, rather than themselves. The intimate profiles he now pens are powerful pieces of literary non-fiction, profound portraits of people who might otherwise be ignored.

He sits most comfortably folded like origami, his legs twisting and his arms reaching across one another. He speaks of learning how to sneak into clubs and of boyfriend trouble; of leaving home and finding couches to sleep on; of learning how to dodge cops, of old gay men broken by fear. Of discovering that with numbers, with friends, maybe he can stand his ground. He’s 17. He’s lived on his own for two years. He knows how to survive. More than survive. How to organize. To exist you must assert. He started a group, Typical Queer. For teens, homeless and not. They have plans for a café nearby. Its owners don’t know it yet, says Harry, but soon it will be queered. “It is not yet ours,” he says. “We have not occupied it.” They will. // “I can’t help but notice,” I say—I dip my chin in the direction of his left arm, grey scars and long red scabs figure skating across the skin from elbow to wrist. Harry looks confused. “I wanted to ask”—I point. Zhenya tries to tells Harry in Russian that I’m trying to say. He also balks. Instead he pushes his sleeve up and points to the white stripes welted across his own wrist like barricades. Harry understands. He laughs. His are not a matter of suicide, he says. Just reminders. “As long as they don’t kill me,” he says, “I’m going to keep living here.” // He wants to study astrology. “I don’t personally believe in this shit,” he says. “But one of my friends, she is a fortuneteller.” She told him the Nazis would come for him, and they did. Attacked his friends, asked for him by name. “Harry Ben’ka! Where is Harry Ben’ka?” She told him they would catch him, and they did. Pinned Harry Ben’Ka to a tree. Beat him, shouted his name. Harry Ben’ka. (“Write down my name,” he says.) She told him they would not kill him, and it was true: The Nazis are cowards, he says. He waves them away with his red-slashed arm. “They have showed their weakness.” Harry Ben’ka wins. (Moscow, November 2013, 4 of 4.) #nightshift #moscow #picturesandwords #bnw #blackandwhitephotography #ig_bnw #bnw_portrait #makeportraits #brave #courage #streetphoto A photo posted by Jeff Sharlet (@jeffsharlet) on Oct 14, 2014 at 6:09am PDT

‘Room for more’ in the visual space

It’s worth pointing out that there’s already a major player producing text-focused content on Instagram: Humans of New York. With over 3 million followers and a #1 New York Times bestseller, HONY is perhaps the most popular practitioner of Instagram journalism. Yet, when Sharlet first announced the VQR project on Twitter, he made it explicit that the style they practice is different from Humans of New York. He told his followers to think of the image as the first sentence of an essay.

“When you read Humans of New York’s stuff, it’s really just a quote,” Shea said. “And that’s not bad—I’m not making a qualitative judgement about it. There’s just room for more.”

The opportunity for novice writers and journalists—or writers of any expertise, for that matter—is huge. Sharlet and Shea are mainly looking for writers who have shown that they can create effective Instagram journalism—which, at the moment, is still a small number.

“The best thing to do is to try to out the creative limitation of the space and see if you enjoy it,” Shea said. “If you enjoy it, if it gives you a creative way to do non-fiction, then tag us and talk to us.”

For now, Shea believes they will post the work in an archive on VQR, but how exactly it will look and operate is still in the works. But no matter how the design turns out, his excitement for the project, as well as his appreciation for VQR’s willingness to experiment, was palpable.

“VQR was brave to do this kind of an experiment,” he said. “None of the literary mags I know would try this sort of thing.” With the potential to reach a 300 million strong audience, the bravery could end up paying off. “It’s like this giant disco ball of an audience and each little facet of the disco ball is showing you something different about the world. Interacting with that is pretty awesome.”