Touchable + Touchscreens: Why ‘Makers’ Are Flourishing in the Digital Age 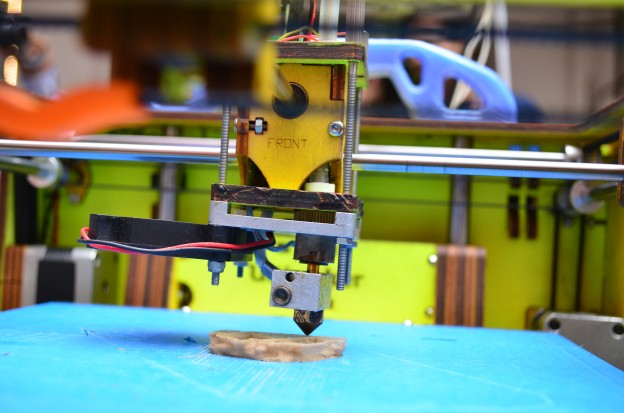 The following is a guest post co-written by Bart Clareman and Azi Jamalian, the co-founders of Tiggly, which makes and sells a learning platform consisting of tablet toys for children. Opinions expressed here do not necessarily reflect the opinions of this publication. Read more about MediaShift guest posts here.

You could call our office a maker space. We are all here to make things. I am sitting in a WeWork office writing this article, we have a 3D printer and, if I imagine a new toy in my mind, I can have it in my hands this afternoon — It’s that easy.

"Digital content should encourage a growth mindset that failing is the first step in learning and that facing a challenge is an opportunity to grow. "

We’re not the only makers in our generation. It’s become cool and trendy to make stuff. It’s so popular that President Obama issued a call to action imploring the United States to become a “Nation of Makers.” We also have a national week of celebration of making, we have foundations helping us to make, we have fairs to go to and we even have new working spaces to inspire us to make things.

But why are we so obsessed with making things we can touch, feel, and hold? Some say it’s a reaction to the over-digitalization of our lives: we miss the real thing, we want to combat the digital era and we miss the good old days of using our hands.

That’s just scratching the surface. Being a maker is not merely about making more stuff. It’s about a certain mindset, a way of learning, creating and doing.

First, it’s about experimentation. We want to roll up our sleeves and get our hands dirty, try new things without fear of making mistakes, think of things that don’t exist yet and use our knowledge and skills to create them.

Second, it’s about relating what we learn in a book, in an app or any other medium to the actual physical world. It’s what happens when a physics student connects the abstract formula to a real experiment. It’s about applying our knowledge to things that matter to us.

Third, it’s the idea that our bodies and minds are connected. We get excited about touching and feeling an idea that at one moment resides only in our minds and the next it’s in our hands. And the other way around: we think with our hands, rethink the design and make it again. It’s about bringing the virtual and real worlds together.

We can thus argue the maker movement brings together three schools of thought: (1) growth mindset, (2) constructivist approach to education and (3) connecting digital and physical.

If these concepts are the building blocks of the maker movement, and if we as a society have decided that maker-ism is valuable, what can we do to encourage their proliferation in order to encourage the next generation of thinkers, doers and makers?

CONNECTING THE DIGITAL AND PHYSICAL

It’s not as easy as it sounds. Let’s start with the third point: the idea of valuing the physical world and connecting it to the virtual one. This instinct comes naturally to most working professionals today, who grew up in a “digital intermediary” world.

Technologically, we’ve come a long way in a short period of time, particularly in consumer tech. Just think, 15 years ago we didn’t have the iPod – one can only imagine what the next 15 years has in store for us!

What does that rate of change mean for the generation of kids, the “digital natives,” we’re raising? As today’s kids grow up in a world of unprecedented digital connectivity, do these children change their value of the physical experience as their world grows more virtual?

The physical world should always matter. It’s the way our brains are wired to think. We think and learn with our hands, and that engagement with the physical in our most formative years leaves an impression on us that persists and inspires us into adulthood.

Kids should engage with the physical in every part of their lives – even ones that might otherwise not have a physical component, such as time spent on an iPad. We believe reinforcing that connection with the physical will inspire this new generation to value the physical just as today’s makers do.

Pop quiz! Imagine five gears interlocked. If I rotate the first gear clockwise, in what direction will the fifth one rotate?

If you’re like most people, you solved the pop quiz through some form of gesture. Perhaps you rotated a finger on either hand to represent the turning of the gears? You worked out an answer with a physical expression. That’s normal – your brain is wired to think with your hands.

That’s why we think it’s extremely important to bring physical play into the digital sandbox of today. In our own toys (which directly interact with apps on tablets), kids don’t drag a square into place on the screen. They hold a physical square one in their hands and place it on the screen. Budding makers and learners should be enabled to seamlessly bridge their two worlds together and connect their growing brains with their little hands.

Specifically, we need digital content that allows kids to have an influence on the world they are playing in. It’s tempting to create apps in which everything is tappable and everything responds to your touch, but if your touch doesn’t actually change anything about the story that is being told, you are not influencing anything – you are simply driving in a pre-defined path. Good examples of content that allow influence are Toca Nature, Minecraft and our Tiggly Tales. In Tiggly Tales, kids can create a world powered by their imagination and then tell stories about this magical world.

Part of making is believing in in your ability to improve and always do better. Digital content should encourage a growth mindset that failing is the first step in learning and that facing a challenge is an opportunity to grow. In all areas of learning we should replace excuses like, “I’m just not good at it,” with resolve: “I’m not good at it, yet.”

Digital apps could support a growth mindset by allowing kids to try different things, to have a laugh at their mistakes and by giving them the opportunity to learn from those mistakes; but, digital-only cannot by itself touch on all the preconditions for being a maker. If we bridge it with the physical play, then we may have a good answer.

Speaking of answers – the answer to that pop quiz? The fifth gear moves clockwise, just like time itself. Time changes many things – 15 years from now, iPhones and iPads may yet seem as antiquated as iPods do today.

If they do, makers will be a key reason why. In a rapidly changing world, the challenge is on us to perpetuate the conditions that encourage maker-ism in the first place. Just imagine the things the next generation will make if we do.