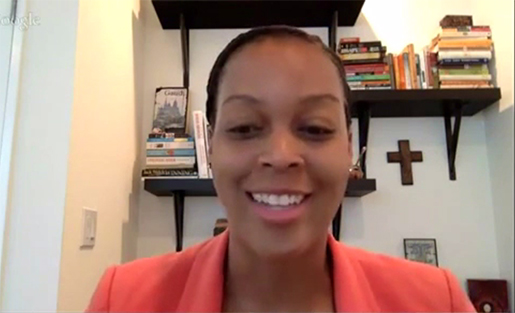 The call for different voices in the media has grown louder in the past few years. Chenjerai Kumanyika’s piece on the “whiteness” of public radio sparked a debate on Twitter earlier this year. The reasons for a more inclusive newsroom are evident. Over the past year, events have pushed race relations, consent, immigration and harassment into the national spotlight.  In her recent piece in Nieman Reports, Alicia Stewart points to three journalists, Trymaine Lee, Charles M. Blow and Ta-Nehisi Coates of The Atlantic, who helped bring the story of Trayvon Martin to national attention as a positive example of media diversity. This is especially important in light of a 2014 study by the American Press Institute found that only 25 percent of African-Americans and 33 percent of Hispanics believed their communities were being portrayed accurately. A report by the Women’s Media Center found that 62 percent of byline credits in print, Internet and broadcast news were from men. But newsroom diversity can help. On this week’s show we welcome Gustavo Arellano, editor at OC Weekly; George Kelly, online coordinator at the Contra Costa Times; Alicia Stewart, Nieman Fellow; and Jeff Yang, columnist for the Wall Street Journal. Mark Glaser will host and Jefferson Yen will be producing.

"People are being lazy. There are so many talented writers of color...You just have to go out there and find them." - Gustavo Arellano on why news organizations aren't more diverse.

Gustavo Arellano is the editor of OC Weekly, an alternative newspaper in Orange County, California, author of Orange County: A Personal History and Taco USA: How Mexican Food Conquered America, . He writes “¡Ask a Mexican!,” a nationally syndicated column in which he answers any and all questions about America’s spiciest and largest minority. He tweets @GustavoArellano

Alicia Stewart, a 2015 Nieman Fellow, most recently was an editor at CNN.com. She joined CNN in 2007 to launch Engage, a unit that identified and incorporated under-covered stories into network coverage, and later was a senior producer for the “In America” documentary unit. Follow her @aliciastew

Jeff Yang is a columnist for the Wall Street Journal Online and a regular contributor to CNN, NPR and Quartz, but may currently be best known as the father of Hudson Yang, who stars in ABC’s groundbreaking Asian American sitcom Fresh off the Boat. He tweets @originalspin

It’s important to understand that any conversation about diversity in media is ultimately part of a larger conversation concerning race in America. Race has been an issue in the U.S. since its very foundation. There is an argument to be made that our current discourse is the result of demographic changes and the democratizing force of social media. That’s not to say that millennials are creating a post-racial America. While it’s true that they are as a whole more tolerant, white millennials are just as prejudiced as the rest of the white population.

Here’s another positive takeaway from Stewart’s piece: Some newsrooms are aware of the problem and are taking steps to fix it. BuzzFeed’s Ben Smith has called for more diversity in new hires as a way to reach wider audiences. They’ve also been able to expand their audience by targeting the Hispanic audience across editorial divisions. According to Ashley Alvarado, Southern California Public Radio has been able to double its Latino audience in part because of its diverse newsroom.

Why has diversity been so hard to achieve in the newsroom? What can readers and the industry do to support journalists of color?