8 Ways that Having a Startup Is Like Having a Baby 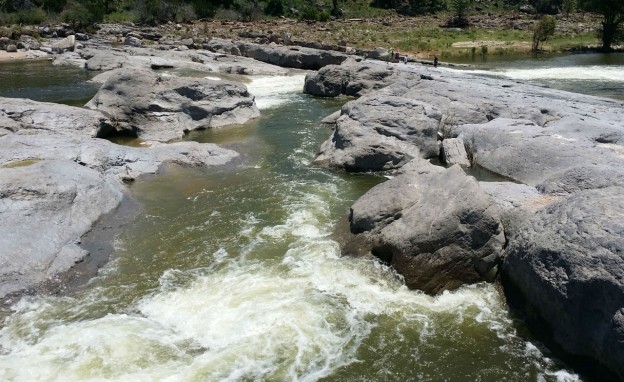 Launching a media startup - sort of like jumping off a cliff into the Pedernales River. Photo by Holly Wise.

So maybe you want to start your own media company. I liken it to taking the leap and raising a kid — terrifying, exhilarating, exhausting.

Since its inception, my startup, VoiceBox Media — a news non-profit dedicated to providing in-depth coverage of social issues and the people solving them — has stood in the intersection of transformational partnerships, with one of our paths to sustainability being to raise donor support for specialized reporting projects. Examples include: Kenya, Haiti, Ethiopia and Baltimore. We’re doing it again by taking our largest reporting project to date to the Kickstarter crowd. It takes a village, and we embrace ours, which is why we’re calling in reinforcements.

"I don’t always know what I’m doing. But here’s a not-so-secret-secret: There are a lot of people in this space who don’t. Yes, it’s terrifying. No, it’s not a reason not to do it."

The project — Children on the Edge: Telling the Migrant Children’s Story — will kick off this fall out of our home base in Austin, Texas. It’s been a year since more than 67,000 children fled violence in their Central American homes, many of them arriving in the United States, and many of them housed in privately managed detention facilities in Texas, New Mexico and Pennsylvania. Critics have called the facilities internment camps and low-security prisons. Activists call for the children’s release. We want to be there. We want to tell their stories.

VoiceBox Media, born Nov. 30, 2012, keeps me up at night. And now that it’s trying to be more independent during this recent growth spurt, my worries have shifted from, “How do we keep you alive?” to “How do we keep you sustainable?” It’s the million-dollar question.

Maybe you’re like me and have started thinking about jumping off the cliff to swim in the sometimes choppy waters of startup parenthood. From my experience, I’ve observed eight similarities between raising a baby and a media startup:

1. It’s never the perfect time to have one.
And there is some waiting involved. In my case, about 13 years. While I waited, I worked in various media markets to learn how to be the best journalist and manager I could be, and in the process, I built a network of professionals who were also waiting. Waiting for me to start something. But when? Is now a good time? What about now? People ask me, “How did you know it was the right time?” It was a gut feeling: do it now.

2. It’s good to lean on help from others.
Don’t underestimate people’s desire to help. Make the big asks, and the small ones too. You’ll be surprised by who says yes, but you’ll never know if you don’t send that email or make that phone call. Media partners are waiting to publish our niche fall project covering migrant children. Cloaked under a sense of urgency to tell these children’s stories, the team of writers, editors, and designers is being assembled. And we’re asking for help to make our first Kickstarter campaign a success, which will give us the ability to travel to the children and their mothers.

3. You’ve made something. Now what?
Now it’s fairly anticlimactic. The waiting, the planning, the organizing, the publicity, the moment of delivery … and I still go home to the same house, I drive the same car, and I live in the same neighborhood. I just have this tiny thing with me wherever I go. And I talk about it a lot.

4. People think it’s cute.
I took a leap and some people thought it was a bit of a novelty. In many ways, this new thing defines my identity. I’ve saved for it, sacrificed for it, and restructured my life to give it a home. There’s also a part of me that wants to have a conversation that doesn’t include business plans or 501c(3) applications.

5. It keeps you up at night.
There’s a point when the sleepless nights and dream-riddled slumber catch up with me. People ask, “Are you tired?” and I can’t remember the last time I felt fully rested. Vacations have never been the same. They’re recategorized as “periods when you have uninterrupted time to work on the Thing. The Idea.” I can leave work at work. I cannot leave the Idea. It is always with me.

6. Its future is a constant concern.
In the early days, I just wanted it to live. I was hyper aware of the entity’s fragility, and I did what it took to nurture it. In VoiceBox Media’s early days, that meant I worked three part-time night jobs so that my daytime hours could be devoted to my infant startup. After it survived the first several months, I started thinking, “What is it going to be like in another year? What about in five years? What’s it going to look like when it’s fully matured?”

7. Are we hitting all the milestones?
I look around at the other startups its age, and it’s hard not to compare. Some have more money. Some have won awards. Some are sinking. I want mine to be happy and fulfill  its mission. I think it’s important to hold on loosely to your creation and to have a clear understanding of how you measure success. I am keenly aware that this endeavor could fail tomorrow, and is that OK? If we have executed our mission with the highest standards of journalistic integrity, then yes. It’s OK.

8. You never quite know what’s happening.
Not enough gets said about that awkward space of development when you’ve exceeded the limits of your expertise, and you’re not sure how to proceed. I don’t always know what I’m doing. But here’s a not-so-secret-secret: there are a lot of people in this space who don’t. Yes, it’s terrifying. No, it’s not a reason not to do it.

Be patient, be humble, be flexible, be aware. And be ready for a grand adventure.

Holly Wise teaches journalism at Texas State University in San Marcos, Texas. She is the founder and executive editor of VoiceBox Media — a news service dedicated to telling the stories of people who are making change happen in their communities. She recently completed her memoir, “And Then This Happened,” and she lives in a rehabbed 1973 Holiday Rambler travel trailer with her mom and two German shepherds. She’s an avid hiker, road tripper and facilitator of conversation.