Finding a Place for Student Media in Journalism Education Reform 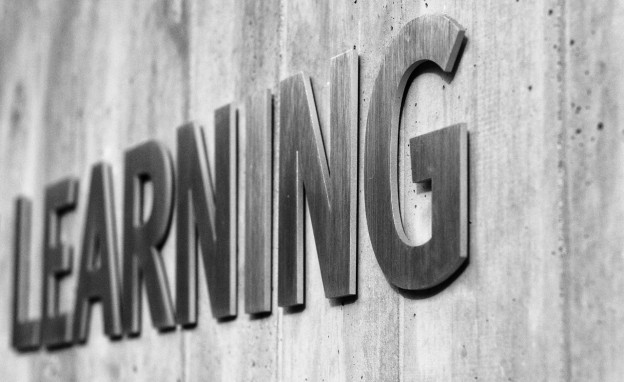 Photo by Alan Levine on Flickr and used here with Creative Commons License.

If there’s one thing journalism educators, scholars, and practitioners seem to agree on, it’s that the field of journalism education needs help — a new vision, fresh lifeblood, and perhaps a bit of disruptive innovation.

I firmly believe students should not be co-opted out of the leadership and creative processes by professionals hired to oversee their education.

Under this model, students work in collaboration with hired professionals who oversee content production for a professional outlet that serves a community, all while capitalizing on new technology and innovative media practices. (For a more thorough discussion of what the teaching hospital model looks like, check out this article by Nick Swyter, complete with some handy infographics.)

But despite the momentum the teaching hospital model has gained, there’s something missing from this new prototype for journalism education, a blind spot so wide in our field of vision that I’m surprised we aren’t all stumbling over ourselves yet.

Expanding the “model” to include student media

Eric Newton, one of the teaching hospital model’s most vocal proponents, said the model and student media are not mutually exclusive.

Newton said that while in a broad sense, a journalistic teaching hospital is essentially a collaborative model with professional media outlets, flexibility is key in determining what relationships work best for individual schools.

“There’s no rule that says that media organizations couldn’t be student media,” he said in a recent interview. “In fact, I think some of the best collaborations could be with student media.”

Journalism educators around the country are struggling to envision—and fund—innovative and contemporary curriculum. Photo by Tony Hammond and reused here with Creative Commons license.

Still, many of the recent articles and scholarship on the teaching hospital model fail to articulate exactly how student media — from college dailies to student-run radio programming — play out under this structure. What’s more, some teaching hospital model advocates have suggested that the model works precisely because it does not put students in charge.

“Students can no more be expected to produce publishable journalism by themselves than caterpillars can be expected to fly,” wrote Adam Ragusea in a January Nieman Lab article. Ragusea is a journalist-in-residence and visiting assistant professor at Mercer University’s Center for Collaborative Journalism.

Ragusea’s words stopped me dead in my tracks. While admittedly catchy, this assertion could not be further from my own truth. The idea that students cannot independently produce high-quality and meaningful journalism runs contrary to what many journalism educators and student media advisers have experienced in their years in the profession.

My own experience working with student journalists has taught me exactly this lesson: Journalism education reform needs less oversight from professionals in the field and more ownership from the students who will be consuming and producing media for years to come.

Make no mistake, there are attractive components to the teaching hospital model, not the least of which is its heavy emphasis on community collaboration and technological innovation.

But as an educator, I firmly believe students should not be co-opted out of the leadership and creative processes by professionals hired to oversee their education, an integral part of the teaching hospital structure.

Additionally, student media are primed to provide the immersive experience journalism educators hope to provide their students. Take a look inside the best student newsrooms in the country, and you’ll find a level of buy-in and appreciation for journalism that is hard to establish when adults are at the helm.

Donica Mensing, a professor and scholar at the Reynolds School of Journalism at the University of Nevada, is among some in the field attempting to reframe the teaching hospital model conversation so it emphasizes leadership, entrepreneurship and innovation that is student-orchestrated instead of professionally constructed via a top-down environment — one that often mimics the very newsrooms that are struggling today.

“In regards to student media, I think there’s so much value for students to gain leadership, to think independently, to work in a separate environment on their own,” Mensing said. “If you are in the teaching hospital with a strong mentor, that’s going to lead you in a particular direction. That might be a great direction, but it’s not the only direction.”

Mensing said the teaching hospital model, which often requires hiring journalists from the field, creating a traditional newsroom, and adhering to established professional norms, could have the potential to replicate the same institutional and systematic thinking that plagues today’s legacy media.

The Washington Post, like many legacy media organizations, is looking for ways to innovate. Photo by Daniel X. O’Neil and used here with Creative Commons license.

On the contrary, student media and other student-led experiences often start each new year or semester with a blank slate.

“It’s one thing to slot students into an ongoing enterprise,” she said about a defined teaching hospital experience. “It’s another thing for them to start fresh every September and say, ‘What do we want to do?’ [Students] may not get as far, but they learn a lot about the process. Student media has a really important role to play.”

Established teaching hospital models, like that at the Missouri School of Journalism, require major financial and personnel investments, making them less nimble than other media programs.

Despite these potential realities, student media and the teaching hospital are not inherently at odds, and journalism education reformers would do well to bring student media into the fold.

“A true teaching hospital is very complex,” Newton said. “Having said that, those elements can all exist in a single classroom. What some of us are saying is that everyone should learn to do what they are doing better, and that means also student media, and also scholars, and also regular media, and also the community.”

Katherine Reed, of the Missouri School of Journalism, advocates asking five questions before implementing a teaching hospital within a journalism school. However, these five questions don’t include consideration of the school’s student media, how it’s organized, and its place in the overall curriculum.

In addition to Reed’s questions, I’d argue journalism education reformers must also ask these questions about campus media: Is it independent? Is it supplementary or augmentary to the curriculum? Is it required? Can students receive credit? Who staffs the student media? What is the relationship of the faculty adviser (assuming there is one) to the department?

And finally, how can we, as a vital first step toward reinvigorating journalism education, support a student media environment that is immersive, digital-first and entrepreneurial ?

With limited resources and academic red tape multiplying ad nauseum, perhaps focusing on student media is a more feasible first step for schools that do not have the funds or facilities to pursue a teaching hospital model.

Kelly Furnas, executive director of the Journalism Education Association and a former college media adviser, said journalism education reform requires ideas from all angles and sources. What is ultimately feasible, however, will be up to individual journalism schools to decide.

“We are unwise to dismiss any ideas or suggestions point blank,” Furnas said. “I also understand why so many people have frustrations when people completely on the outside of it are looking in and describing the problem.”

Furnas said those in the business of revamping journalism education should consider that some of the most innovative media and communication platforms of the last two decades emerged as a result of unfettered, independent student innovation.

“Journalism should raise an eyebrow at that,” he said. In the meantime, while so much of the reform effort is devoted to overhauling journalism education, student media are dropping off the radar.

“It’s like we’re drowning, and I’m just describing the water. That’s a frustrating place to be,” Furnas said.

As an avid supporter of student media at both the secondary and collegiate levels, I share his sentiments. To consistently overlook an existing and established venue for quality journalism education — one that at its best emphasizes collaboration, leadership, entrepreneurship and innovation — is not merely frustrating, it’s wholly detrimental to the future of journalism itself.

Megan Fromm, Ph.D., is an assistant professor of communication at Boise State University, where she teaches journalism courses,. She is also the educational initiatives director for the Journalism Education Association and a former journalist and high school journalism adviser. Follow her on Twitter via @megfromm.