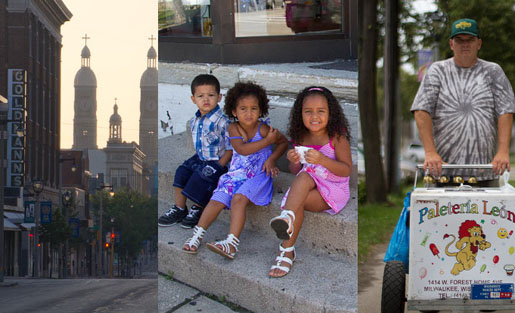 Photos from the “Human Side of Milwaukee” project by photojournalist Nickolas Nikolic, funded by Spot.us donors.

Spot.Us was a first in crowdfunded journalism in the United States.

For the better part of a decade the project to pioneer community-powered reporting made storytelling and accountability reporting possible for communities in California and other parts of the United States.

“Spot.Us, as popular as it became with a devoted group of fans and academics, was not financially sustainable when APM acquired it." -Linda Miller

The end of the story for the storyteller-enabling platform was announced last month by American Public Media.

There have been other much talked about crowdfunding platforms devoted to journalism over the years, but most came and went (Emphas.is, Vourno, Indie Voices, etc.) None lasted as long, were as widespread, and received as much praise as Spot.Us.

I posed that question to Linda Miller, director of Network Journalism and Innovation at American Public Media.

“Spot.Us, as popular as it became with a devoted group of fans and academics, was not financially sustainable when APM acquired it. And while the drop in activity was disappointing, especially to those who have relied on it for past projects, it’s important to note that more activity would not have solved the long-term problem of scalability and sustainability. That’s what APM was focused on,” Miller said.

How Spot.us started and ended

Inspired by small donor crowdfunding practiced by the Obama presidential campaign, David Cohn launched the news startup in 2008 with a $340,000 grant from the Knight Foundation News Challenge, one of the original recipients.

For three years it would operate primarily in the San Francisco Bay Area, Los Angeles and Seattle.

Partner news organizations ranged from hyperlocal and alternative weekly news websites to blog networks, the Florida Center of Investigative Reporting and international-leaning Pulitzer Center for Crisis Reporting, according to the Spot.Us website.

In late 2011 Spot.Us was acquired by Public Insight Network and became part of American Public Media.

Eventually, due to some of the factors listed above, the number of pitches went into decline and in August 2013 APM put Spot.Us on hiatus so an assessment could be performed by Carlson Ventures Enterprise at the University of Minnesota.

Some results of that study and lessons learned by Spot.Us about how to conduct a successful crowdfunding campaign were shared in an article that announced the official demise of the platform last month. The article by PIN Business Development Manager Joellen Easton was republished with permission by Through the Cracks.

Through the Cracks requested a copy of the report to analyze and share with our readers but the report is considered an “internal business document” and not available to the public, Miller said.

Spot.us founder Cohn declined to go into much detail but said “there are parts of their report and APM’s narrative around Spot.Us that I disagree with.”

One thing he does agree with: The departure of key APM personnel shortly after the acquisition was key to the demise of Spot.Us.

@KLJDavis There were many things about the APM report I didn’t agree with.