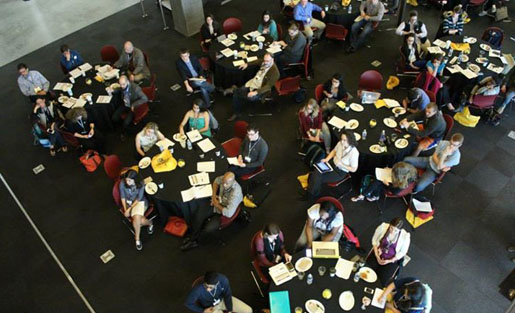 It was a noble project — and a familiar one. In my first project at the Reese News Lab, NewsLing, we attempted to create a broadcast news app for another underserved community, Latino audiences.

But there was one major difference between the team I joined to create NewsLing and my team at the Hackathon.

My team quickly discovered that there are particular concerns that we need to pay attention to when we try to serve communities we aren’t a part of. My group learned several lessons through the course of the Hackathon:

Everyone should be creating resources for minority communities. We shouldn’t leave that task to entrepreneurs in those communities alone. However, as outsiders to those communities, we have to be aware of our positions and educate ourselves.

My Experience in Developing ‘El Remedio’ at the J-School Hackathon, by Alex Arriaga, PBS MediaShift