Before Turning Off Comments, Try These Research-Based Strategies 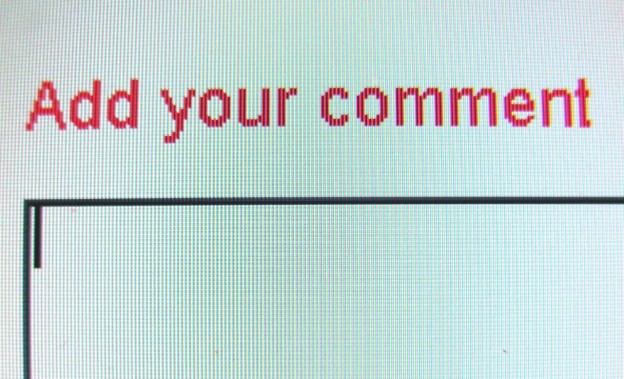 In the news industry, it seems that the latest trend is to remove comment sections. Last year, Reuters, Re/code and Popular Science all got rid of them, and the Las Vegas Review-Journal kicked off 2015 by removing theirs (they have since turned them back on, after adding tools to help commenters self-police). In a Medium post explaining their original decision to turn off comments, the editors of the Las Vegas newspaper said, “The same platform that provides an opportunity for civil dialogue and an exchange of ideas also provides a platform for racism, bigotry and hatred. Those aren’t the types of conversations we want to host on our website.”

"At the Engaging News Project, we are dedicated to helping newsrooms meet their business and journalistic goals. One way we have done that is by researching comment sections, and finding solutions that we believe can help keep comment sections civil – and alive."

On the other end of the spectrum are the news organizations that are putting extra effort into their comment sections. Last week, Margaret Sullivan wrote that the New York Times would expand and build on their comment section. Community Editor Bassey Etim told Sullivan, “We’re lucky to have a celebrity class of commenters, and we want to elevate and recognize them in new ways.”

At the Engaging News Project, we are dedicated to helping newsrooms meet their business and journalistic goals. One way we have done that is by researching comment sections, and finding solutions that we believe can help keep comment sections civil — and alive.

Here are a few of the research-based strategies that we believe can help newsrooms improve their comment sections.

After analyzing nearly 2,500 comments for the presence of incivility, we concluded that the chances of seeing an uncivil comment were reduced when the reporter interacted with commenters (compared to having no one interact). The effect was not huge, but incivility was significantly dampened.

We know journalists don’t have free time, but we found that a reporter was able to improve the tone of the discussion by commenting, on average, four or five times. Our finding also justifies other experiments looking to improve the tone of comment sections, such as inviting an expert to contribute to the space.

If a journalist wanted to get involved in the comment section, some suggestions for what to say include:

Most news comment sections are designed as one column of responses in a vertical manner. Yet several news organizations have been experimenting with new formats (for example, see The New York Times and The Washington Post). For our most recent project, we were curious to see what commenters would do when given a different comment structure.

In our study, we compared a one-column comment section to a three-column section that organized comments by whether they favored, opposed, or had questions/other comments about the legalization of marijuana.

There were limits, however, to using the three-column comment structure. There were some indications that study participants were less engaged with the third, right-most column on the webpage. They were less likely to press a “Like” button next to the comments in the right-most column compared to when the same comments were interspersed with the others in the one-column format.

There is still more research to be done on comment section structure, but our research shows that the structure of a comment section can affect commenting behavior. Figuring out new design strategies for presenting comments represents an important next step.

One of our research associates spent last summer attempting to code for incivility in online news comments in a variety of ways — using paid Workers in Amazon’s Mechanical Turk, using undergraduate students in the Mechanical Turk sandbox, and using machine learning software to automate the process. Relying on a previously coded data set as the comparison “Exemplar” coding, our researcher compared how well these groups and the program were at accurately detecting incivility.

Although we never reached perfect agreement, tweaking and editing our instructions consistently made us better. We are hoping to do more research in this area in the future.

We know that there is no perfect answer to fix comment sections. But we hope that our research can help newsrooms make their comment sections a better place for everyone.