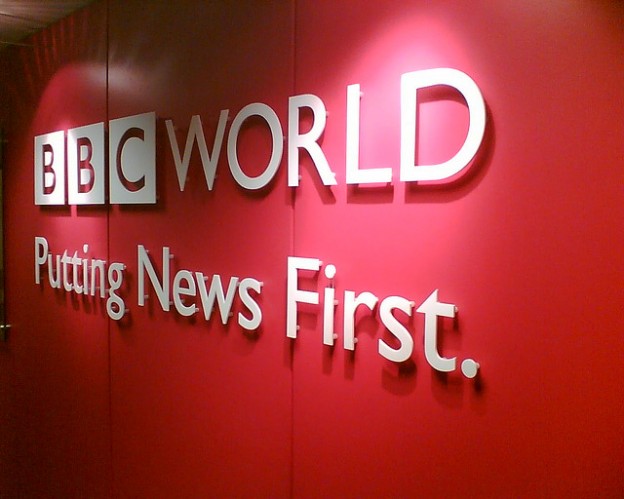 The world’s largest news organization, the BBC, recently published the first part of its Future of News project looking at the state of the industry and where it’s going.

This comes as “the Beeb” comes under the microscope by politicians and others before the renewal next year of its Royal Charter, which has to be renewed every 10 years, along with the public fees to pay for it.

When the charter was last amended from January 1, 2007, it put new emphasis on “public services” related to citizenship, education, representing all parts of the UK, and “bringing the UK to the world and the world to the UK,” easily one of the most broad goals. But for the Future of News, one of the most relevant charter elements is, “Helping to deliver to the public the benefit of emerging communications technologies and services.”

Since 2007, technology has changed dramatically, particularly with the power of social media now the driving forces for so much of traffic to news websites, as well as the devices we use for news. And for the BBC, their website is just a fraction of their news work and their plans for the future of radio, television and access to any content via any device is critical.

What does the report actually say?

In the report, the BBC says news will have to meet such diverse public demands as:

British members of parliament, who are facing voters in May, will ultimately decide on the future of the BBC for the charter review but announced that the license fee should be replaced with a levy and should be governed differently. They also said there should be a firm commitment to continuing the World Service, something the earlier BBC report was more cautious in presuming.

In a press statement released on January 28 trailing the report the next day, James Harding, director of BBC News and Current Affairs, said: “This is the most exciting time for journalism since the advent of television. But, more than ever, it’s going to be the job of the news to cut through the noise. The BBC must be the place people come for the real story — what really matters, what’s really going on, what it really means. The job of the news is to keep everyone informed — to enable us to be better citizens, equipped with what we need to know. In the exciting, uneven and noisy Internet age, the need for news — accurate and fair, insightful and independent — is greater than ever,” Harding said.

The BBC has presented a report that doesn’t particularly offer anything revealing in terms of the factors working against journalism in the past five to 10 years, primarily the Internet. But it is in the unique position as the world’s largest public service broadcaster. And between UK license fee payers and commercial sales outside the UK, the BBC has more financial power than most.

That has consequences, which the report doesn’t acknowledge. It cites a decline in local media sales across the past decade. This is certainly the case and many local papers were slow to move with the digital times. But the BBC, through its own reporters and fed by wire copy from the Press Association, can offer free, trusted and frequently local stories online. It might not have your local church notices, but that is still available elsewhere — except that the loss of hits for local news to those papers means lower traffic they could cite to advertisers.

Those websites must then offer more clickbait to flag down passing viewers just to survive, whereas the BBC has guaranteed funding. Scotland, for example, has few web-only news outlets compared to political opinion blogs because opinion is one area the BBC doesn’t really do. There is little room for new news experiments.

Similarly, the BBC says the media is not at fault for increased “polarization of opinion” in the public, without acknowledging that the media is largely blamed for it. Even if the BBC is a trusted source, many Britons disagree with its coverage. Is the BBC causing this or merely reflecting societal disagreements? And if the public trust the BBC, does that mean they won’t support local newspapers and websites?

The report feels as though it is very much missing “the public” in its discussion of the future of public service news. There are the usual and predictable media studies voices offering soundbites to the report, but no members of the public, no license fee payers. And that presents the fundamental question nobody can answer or attempt to answer: Does serving the public mean giving the public what they want and what they click, or giving them news?

Can news media, which so frequently blurs lines of comment and news, particularly in Facebook posts which reward editorializing with any link, be so easily absolved of polarization? News media delivers much of the information to civic society, filtering it according to news values and the events of the day. That feeds and feeds off of polarization and crises of citizenship.

Steve Herrmann, editor of BBC Online and who worked on the report with James Harding, said in an email to MediaShift: “Trust is central to what the BBC does and that won’t change. As the report sets out the news industry is rapidly changing and the ways audiences are consuming news are shifting too, but the value placed on reliable information and trusted news remains central to the BBC and why audiences around the world come to us.

“The big changes in the way news is produced and consumed present big challenges but also mean we have a chance to rethink how we deliver that trusted service differently,” he said.

There are already strategic choices facing the organization, specifically the fate of the World Service, though the report from parliament may signal its future is relatively safe. Either the World Service will need to grow more, or it will need to be cut back to basic, and cheaper, levels and focus resources on other key parts of the BBC charter.

The report is more firm on quality over quantity, putting it at odds with a bulk of news websites currently bombarding Facebook and Twitter with hundreds of links to hoover up any potential clicks for advertisers. Because the BBC within the UK does not allow advertising on any of the channels or websites, the need for clicks is merely to prove they are serving the public. That allows a different emphasis for news.

This is not a report for the public, though it is publicly available. Even as a reporter, I still haven’t worked out what some of the buzzwords mean in terms of day-to-day news journalism. Just as the Leveson Report in 2012 was at least a decade too late and barely touched on the Internet, the Future of News report feels late. Being that it is only the first part, it may be that the second part will offer more specific and comprehensive forward-looking proposals.

But there are serious discussions about the news media going on that are not involving “people inside and outside the BBC, including journalists, academics media leaders and technologists,” as the press release for the report boasts. For all the talk of being of public service, much of the report comes across as a question of service delivery and less service expectation (if we continue the buzzwords).

Steve Herrmann added: “Whilst much of the focus of this report was on changes in the news industry, we also drew on the BBC’s own audience research, surveys and insight, in the UK and internationally, as well as talking to external organizations, to get a wider perspective.

“These surveys gave us views and habits across a range of demographics. The next stages of the project will look in more detail at how the BBC meets the challenges in news over the coming period, and that will involve canvassing ideas from our audiences.”

Even those who complain about the BBC would still likely use some of its news services in almost any given day. That’s a powerful reach and responsibility for the Beeb. Some of the questions in the first part of this project are sensible and hint at potential. The key will be what they do with it, and then what the finalized charter next year lays out for the coming decade.

Tristan Stewart-Robertson is a Canadian freelance reporter based in Glasgow, Scotland, operating as the W5 Press Agency. He is the directing editor of the news website Tomorrow.is.