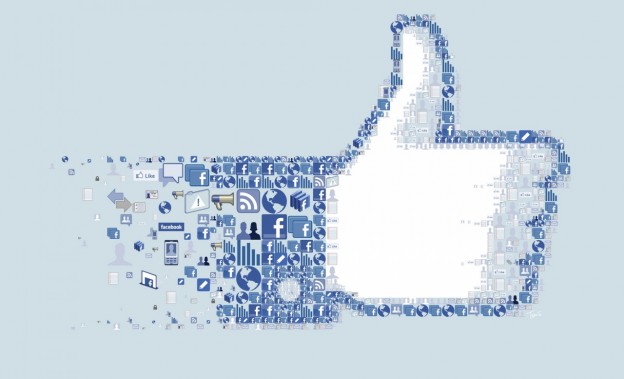 We all have at least one social or political issue that gets our blood boiling. The question is whether it boils vigorously enough to incite action.

"We cannot discount the enormous potential of a well-intended 140-character post in raising awareness."

Of course, the majority of us vent our frustrations about these issues at the water cooler and on social media, rather than marching in the streets. We create an echo chamber of like-minded people with whom we can openly share opinions and commiserate grievances. But when the discussion expands beyond the insulation of that echo chamber, true dialogue begins.

In April of 2014, hundreds of girls in Nigeria were kidnapped from their school by the militant group, Boko Haram. Of those taken, 223 are still missing. If we want to facilitate their return, the solution is simple! All we need to do is compose a post on social media condemning the horrific actions and include the appropriate hashtag in the post – #BringBackOurGirls, in this case – and we’re done. A significant contribution toward solving the problem has been made. Hasn’t it?

Our prayers are with the missing Nigerian girls and their families. It’s time to #BringBackOurGirls. -mo pic.twitter.com/glDKDotJRt

While the idea that a single post on social media could have an iota of impact on a global issue might sound absurd, it can actually be the catalyst for a successful awareness campaign given the right set of circumstances. A sizable, active social media network can propel that one post into a trajectory that effectively reaches millions. We cannot discount the enormous potential of a well-intended 140-character post in raising awareness, though common sense and experience clearly indicate that significant additional effort – both online and offline – is required to reach genuine solutions and resolutions.

There are two types of online activists: people whose efforts end with clicking the “share” button, and those who are willing to take further steps to delve deeply into a cause. The former is what is pejoratively known as a slacktivist, defined as a person who believes he or she is enacting real change in the world with a few simple clicks of a mouse. While slacktivists are often maligned, they do play an integral role in raising awareness. A truly powerful agent for change, though, makes a strong commitment to act in whatever manner necessary to achieve the desired result. Much can be accomplished via online activism beyond the simple sharing of posts, and it is usually necessary to pursue even further action offline. Once groups are organized and strategies are developed online, which is the crux of social media activism, we mobilize in person. This is when we really get things done.

It all starts with one post — one post that usually includes information about a topic, sometimes linking to an article with facts and figures, and a hashtag related to the post. Friends and followers who see this post and agree with the sentiment will like/favorite and share/re-tweet the original post, garnering it exponentially more exposure as each person in the network disseminates the information within their own network. If enough people include the hashtag, the hashtag will start trending (i.e., listed as one of the most discussed topics at that moment). People who might not normally have been exposed to the original post will jump on the trend bandwagon, creating a boom of awareness. It is through viral activity like this that hundreds of thousands of people know to show up to a march at a specific date and time. The above trajectory is, of course, assuming you have a strong and active following on social media. The #BringBackOurGirls campaign was joined by hundreds of celebrities and political figures, along with their millions of followers, in an attempt to put public pressure on the Nigerian government to find the girls, or on Boko Haram to release them. Sadly, no tangible action came from the campaign, but it drew significant attention worldwide. Should something like this kidnapping happen again, the international spotlight will ensure that appropriate attention is paid to the issue.

Long-since proven methods of activism — letter-writing and phone campaigns, marches, petitions, sit-ins, visits to legislators, knocking on doors — are still the most effective to enact change, but now we have some help from the Internet to make them much more efficient.

Facebook, Twitter, Instagram, Google+, Blog Talk Radio, YouTube, and Pastebin are all vehicles to instantaneously share information across a scattered network. We can use these forums to communicate internally with group members, or to share information directly with the public.  For a more personal connection, programs like Skype enable interactive video conferencing. There is no single model for online activism.

I see Facebook as the most effective venue because it offers every tool needed to organize. Users can create groups, which are essentially private chat rooms where like-minded people can brainstorm, plan events, or simply discuss the issues. When the time comes to move on from cyberspace, the group’s roster is a ready-made list of potential volunteers.

Event pages enable you to schedule a rally, invite your friends and colleagues, and ask them to invite all of their friends. This will normally yield a nice crowd at an event. Events can also be virtual. An example of a virtual event would be a “Twitter bomb,” during which hundreds of people tweet simultaneously, using the same hashtags and targeting legislators. The point is to get a topic trending and flood the feeds of lawmakers with awareness of the issue. As implausible as it sounds, I witnessed a Congressman change his vote on a piece of legislation due to a Twitter bomb.

TO THE STREETS AND STATEHOUSES

Most online activists are volunteers, fueled by passion for the cause but lacking the resources to mobilize in person to protest or lobby legislators. Permitting, equipment, and sometimes lodging for events are expensive. These groups all need help, specifically time and money. You might be surprised by what can be done on social media in just an hour or two per week.

Enacting real change on the issues that get our blood boiling requires making an effort. But, activism is activism.

Shannon Fisher is a writer, human rights advocate and civic leader. She hosts the radio talk show, The Authentic Woman – Perspectives on the Female Experience in America, on the Authors on the Air network. An ardent women’s rights leader, she also serves on the Board of Directors for UniteWomen.org, a national 501(c)(3) advocacy organization. Shannon co-founded the organization’s Unite Against Rape campaign, for which she enlisted the participation of legislators, celebrities, and everyday men and women. She was named among the “Richmonders of the Year” in 2012 by Style Weekly Magazine for her activism in women’s rights. Shannon received a B.A. from The College of William and Mary and is a graduate of the Sorensen Institute for Political Leadership at The University of Virginia. Follow her on Twitter.