The Two Best Pieces of Advice David Carr Ever Gave Me 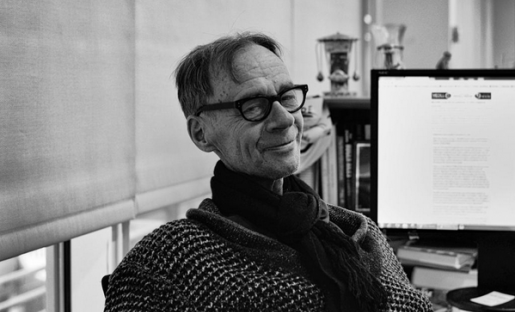 David Carr, photographed by Nick Bilton just two weeks before he passed away.

This remembrance of David Carr first appeared on Medium and is used here with permission.

Over the last decade David Carr poured buckets of advice on me. He counseled me through my first and second book. Helped me find a hidden path in The New York Times to become a columnist. But his most salient advice came in the summer of 2011, when my marriage at the time was falling apart.

"He explained that everything — every relationship, every person, every job — has its time in life, and then, as he noted, all of a sudden it doesn’t."

I had come out to Los Angeles for a month to try and escape New York, where the life I had built there was crumbling. Upon my arrival in Hollywood I had taken over an empty desk in The New York Times L.A. Bureau. While the new environment was a temporary distraction, I often took quick walks downstairs where I burst into tears and felt sorry for myself, overwhelmed by what life was throwing my way.

As I stood outside one afternoon, doing just that, my phone bleated with a message from David Carr. “How are you doing Nickols?” he asked, a nickname he often used for me in lieu of Nick.

In tears, I told him, “Not good.” Explaining that it was over. That my life had fallen apart. That I… and then, he calmly interrupted me, explaining that he was in L.A. on a last minute trip, and instructed me to meet him on the rooftop of The Standard Hotel downtown in 30 minutes. “Don’t take the freeway,” he said. “I’ll never see you again.”

I hopped in my car, zipped through side streets, and an elevator ride later found myself on the roof of the hip hotel that could easily have been Miami Beach during spring break. Rap music was blasting, people were lounging by the pool, and there in the middle of this afternoon soiree, was David Carr, sitting in a big red lounge chair. He was barefoot, in black shorts and a big T-shirt. His head was drooped as he peered up at The New York Times in one hand, while sipping from a virgin cocktail with an umbrella in the other.

I looked down at myself, realizing I was dressed like an accountant, and quickly slipped off my work dress shoes, rolled up the sleeves of my shirt, and wandered in his direction still wearing my socks.

“Nickols!” David said, as he stood up to hug me. He then motioned for me to sit down in a poolside chair, where he declared that he was going to offer me two important pieces of advice.

He began with the first, serving up a long soliloquy about life, marriage, journalism, why we’re here, why we die, why things begin, why they end. As someone who had also been through a divorce himself, making a few unscheduled stops in hell before coming back, he was impassioned. He explained that everything — every relationship, every person, every job — has its time in life, and then, as he noted, all of a sudden it doesn’t. He told me I could feel sorry for myself that something was ending, or be excited and appreciative that it had ever even existed. He talked about his wife and daughters as an example of the good things life throws at you.

I peered up at this big beautiful man, who was so kind and so caring and so generous with his wisdom. He looked like a conductor, flailing his arms as he pointed to L.A.’s rooftops, then to the women laying by the pool in bikinis, then to the copy of The Times that now rested beside us. Each point was a prop to illustrate his thoughts.

After he concluded, he sat down, smiled at me in a way that only David knew how, patted me on the back, and told me to cheer up, that it would get better, it always does. It was apparent that in his eyes we were all just broken humans trying to make it through this difficult thing called life, and he wanted to do anything he could to help this broken human. He then leaned back in his chair and took a sip from his umbrella drink.

But of course I wanted to know what the second bit of wisdom was, so I asked him, preparing for an even more in-depth existential sermon.

He looked at me, then down at the ground, pointed at my feet, and said, “Get some new socks, you look ridiculous in those socks.”

Nick Bilton is an award-winning technology columnist, reporter and author of the Disruptions column. Mr. Bilton writes on a range of technology topics, including the future of technology and the social impact of the Web on our culture and media. Prior to becoming a columnist, he was the lead writer for the Bits blog on NYTimes.com and has been with The Times since 2003, both as a design editor in the newsroom and a researcher in the research and development labs. Bilton is author of two books, including “I Live in the Future & Here’s How It Works,” and The New York Times best-selling investigative book, “Hatching Twitter,” which tells the story of the internal struggles inside Twitter as the company grew from a failing start-up to a multi-billion public company.