Mediatwits #146: What’s Next for Alt-Weeklies? 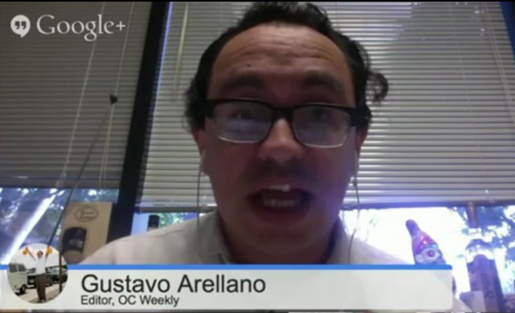 Gustavo Arellano tries to describe the ideal owner for the OC Weekly.

Big changes may be in store for your local alternative weekly. Last week, Voice Media Group announced it was exploring “new strategies for its publishing assets,” including their sale or acquisition. The circulation numbers for alt-weeklies aren’t looking good. Alt-weeklies face many of the same problems that print publications do – mainly that ad revenues are shifting to digital platforms. But even as the number of weeklies drop, some are turning toward crowdfunding to have one last hurrah. That’s what’s happening at the Knoxville Mercury (staffers from the defunct Metro Pulse) and  SF Bay Guardian in Exile. The changes at Voice Media will surely be a talking point at the Association of Alternative Newsmedia (AAN) conference this weekend. For our podcast, we’ll have special guests Gustavo Arellano, editor at OC Weekly; Tiffany Shackleford, executive director of AAN; and regular Andrew Lih of American University. PBS MediaShift’s Mark Glaser will host and Jefferson Yen will produce.

"At this point, I don't care if the devil himself owns us - as long as he allows us to do [our] kind of journalism." - Gustavo Arellano

Gustavo Arellano is the editor of OC Weekly, an alternative newspaper in Orange County, California, author of Orange County: A Personal History and Taco USA: How Mexican Food Conquered America, lecturer with the Chicana and Chicano Studies department at California State University, Fullerton, and a consulting producer on FOX’s animated show, Bordertown. He writes “¡Ask a Mexican!,” a nationally syndicated column in which he answers any and all questions about America’s spiciest and largest minority. Gustavo is a lifelong resident of Orange County and is the proud son of two Mexican immigrants, one whom was illegal. He tweets @GustavoArellano

Tiffany Shackelford has been executive director of the Association of Alternative Newsmedia since 2010. Previously, she was the director of communications and marketing at Phase2 Technology in Virginia. She also served until recently as Executive Director of Capitolbeat, the Association of Capitol Reporters and Editors, a group she helped create in 1999. You can follow her @TiffanyShack

Voice Media Group is the largest owner of metropolitan weeklies with papers that include the Village Voice and LA Weekly. But that could change as the group is looking to streamline its portfolio. They’ll be starting with the sale of OC Weekly. The company put the 20-year-old institution on the auction block last Tuesday. That same day, OC Weekly’s Gustavo Arellano – of the popular Ask a Mexican column – published a tongue-in-cheek blog post about who should buy the paper. The company’s move to consolidate resources isn’t surprising when you consider their decline in circulation. According to the Wall Street Journal, the Village Voice has seen its circulation drop by 55 percent since 2006.

The number of alt-weeklies peaked in 2009 at 135 publications. In the five years that would follow, 18 papers would close. The San Francisco Bay Guardian was almost 50 years old when it shuttered in October of last year. But a week after its closure, the Guardian’s executive editor and staffers started a crowdfunding campaign to fund one final issue of the paper. They were ultimately able to raise $26,281 and you can find that final issue here. Across the country in Knoxville, the Metro Pulse closed one day after the Bay Guardian. And like the Bay Guardian, a core group of its editorial staff banded together for their campaign. But goal of the Knoxville Mercury was more ambitious: to start a newspaper in the 21st century. The paper would be a for-profit subsidiary of the non-profit Knoxville History Project. They able to successfully raise $61,532 and surpass their $50,000 goal.

While the success of crowdfunding campaigns for Guardian-in-Exile and Knoxville Mercury shows that people value local journalism, is this a model the industry can rely on? What’s the future for alt-weeklies in an increasingly fractured media landscape? How can they compete with digitally native news platforms?