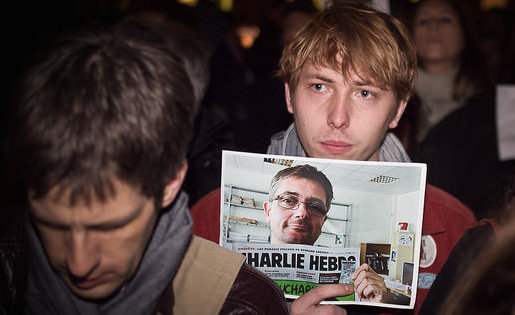 This opinion piece first appeared on the Committee to Protect Journalists’ blog.

The attack on the French satirical weekly Charlie Hebdo has sent shock waves through France and beyond. Not only because 12 people have been killed in cold blood and many were wounded in what was the deadliest terrorist attack in France since 1961, when right wingers bombed a train killing 28 people. Not only because, after an attack in neighboring Belgium last May and French citizens joining extremist fighters in Syria and Iraq in recent months, the country feared something dramatic might happen soon, and that it eventually did.

"While the targets of its satire may not have been pleased to be in its pages, the magazine's cocktail of wild derision, savage headlines and sometimes bawdry humor defined its role alongside the mainstream media in upholding freedom of expression and of the press."

The Charlie Hebdo attack is being viewed by French society as a direct assault against the Republic’s fundamental pillars: 1) freedom of expression — even if the ideas offend, shock and disturb; and 2) secularism — along with its corollary, the right to criticize or ridicule religious beliefs.

Charlie Hebdo has always been controversial, but, despite its anarchistic tendencies, it was to some extent part of the media establishment. Left-leaning, abrasive, no-holds-barred, atheistic, rabidly anti-fundamentalist, it has had the knack of upsetting a long list of personalities, institutions and countries. While the targets of its satire may not have been pleased to be in its pages, the magazine’s cocktail of wild derision, savage headlines and sometimes bawdry humor defined its role alongside the mainstream media in upholding freedom of expression and of the press. It was heir to a tradition of 19th-century cartoonists and humorists, from Daumier and Charles Philipon, who today belong in the pantheon of French journalism and politics.

The murdered cartoonists were icons. Even if many French did not buy the paper, they often flipped through its pages at newsstands to see how far it would go in its caricatures of heads of state, businessmen or religious leaders, including the Pope and mullahs.

These noisy journalists were strong characters who left no one indifferent. Jean Cabut, the 76-year-old known as Cabu, and Georges Wolinski, 80, had been there for decades and were among its founding bylines. Over the course of their careers, they accompanied a generation, from the revolutionary Paris of May 1968, to the current age of economic malaise, religious fundamentalism and national populism. They were patriarchs who had refused to put their pens in the drawer and, because of their passion, they were in Charlie Hebdo’s office on this fateful day.

The defense of a fundamental freedom

The killings have been a shock to French journalism. Charlie Hebdo’s cartoonists were not always endorsed by their colleagues, who criticized the weekly’s editorial choices or even accused it of provoking religious fundamentalists. But the profession had always come together to defend the weekly each time it was the victim of threats or legal challenges. All the French and a large part of the international media have expressed their sadness and outrage. Fellow cartoonists have made tender homages, highlighting that the pen will always be stronger than the gun. Radio France, Le Monde, and France Télévisions announced in a joint statement that they would provide the weekly with the means to continue to publish. A few hours after the attack and after the explosion of sadness and anger on social media networks, thousands of people spontaneously assembled and demonstrated in cities across the world. Leading politicians and trade unionists, who sometimes were remorselessly lampooned by the weekly, called for solidarity marches and vigils. Many feel that a line has been crossed.

This extreme violence happened at a moment of intense debate on the place of Islam in France, in the midst of the rise the nationalist National Front, and on the day best-selling writer Michel Houellebecq published his novel, Submission, which imagines the victory of a French Muslim in the 2022 presidential elections.

Charlie Hebdo, which was so often on the edges of politics and unnerving the establishment, is today the symbol of the core values of French democracy. “Together,” the word has spread in every corner, not only among journalists but also among citizens. #JeSuisCharlie (I am Charlie), the hashtag trending on Twitter, has been held on placards by demonstrators from Paris to Lyon and Brussels. The shooting may be claimed by its perpetrators as revenge against the magazine, but many commentators see it as an attack against a cherished fundamental freedom.

Will this unanimity last beyond the first reactions of indignation? Will the emotions be channeled towards retribution and stigmatization? Will some authorities call for more responsibility and respect for religions and communities to protect the harmony in a multicultural society? Today France stands united, but in the aftermath of this attack it could become further divided.