Mediatwits #141: Unpacking the Sony Hack, and Free Speech in Hollywood 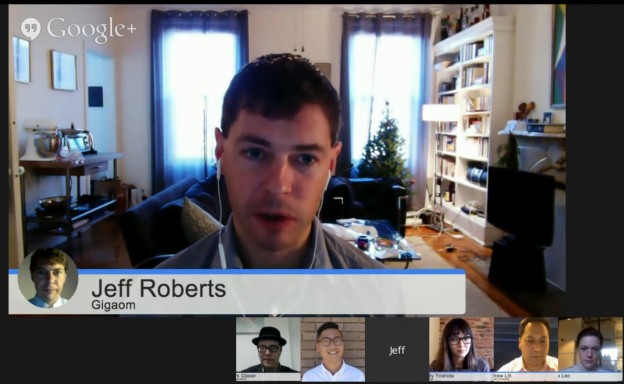 Jeff Roberts explains the Sony hack to other notable instances of corporate espionage.

It’s been a rough month for Sony. Especially for Sony Pictures Entertainment’s chair Amy Pascal. Following terrorist threats from the hacking group “Guardians of Peace,” the studio has pulled its film “The Interview” from theaters. At the center of all this is a hacker group calling themselves the “Guardians of Peace.” But who exactly are they? Yesterday, a U.S. intelligence officials confirmed that the attack were linked to North Korea. Many had suspected that the group held ties to North Korea because of the upcoming Sony film “The Interview,” a Seth Rogen and James Franco comedy where North Korean leader Kim Jong-un’s head literally explodes on-screen.The film revolves around two bungling journalists who are recruited by the CIA to assassinate Jong-un. That’s not the only fallout the studio has had to endure. Earlier this month, Pascal had to apologize for a series of racially charged emails between her and producer Scott Rudin about President Obama that were revealed in a massive hacking attack of the company. Aaron Sorkin, the creator of “The Newsroom” and other TV shows, blasted the press in an New York Times op-ed. His argument was essentially that what’s been covered so far is not newsworthy. We’ll try to unpack what this attack means for Sony, Hollywood and the media industry at large with special guests Jeff Roberts, technology reporter at Gigaom; and Emily Yoshida, entertainment editor at The Verge; along with regulars Alex Leo, head of audience development for Yahoo; and Andrew Lih at American University. PBS MediaShift’s Mark Glaser will be hosting and Jefferson Yen will be producing.

"The bigger issue issue [at] multiplex's is if "The Interview" was there people wouldn't go to all the other movies..." - Jeff Roberts on threats that relating to the Sony hack.

Emily Yoshida is the entertainment editor at The Verge. Prior to that, she was a culture editor at Grantland, where she also co-hosted the Girls in Hoodies podcast. A longtime Angeleno, she now calls New York home.

Jeff Roberts reports on legal issues that impact the future of the tech industry, such as privacy, net neutrality and intellectual property. He previously worked as a reporter for Reuters in Paris and New York, and his free-lance work includes clips for the Economist, the New York Times and the Globe & Mail. A frequent guest on media outlets like NPR and Fox, Jeff is also a lawyer, having passed the bar in New York and Ontario.

In the last line of his op-ed slamming the media, Aaron Sorkin writes “As demented and criminal as it is, at least the hackers are doing it for a cause. The press is doing it for a nickel.” He argues that by publishing details revealed by the hacking attack, journalists are “giving material aid to criminals.” He rejects Variety’s Andrew Wallenstein’s opinion that the hacks are newsworthy. He writes that nothing in the documents rises to the standard used to publish the Pentagon Papers.

Variety wasn’t the only news organization that was conflicted about covering the leaked documents. Over at The Verge, entertainment editor Emily Yoshida justified their coverage by writing “the value of what we have learned outweighs how we learned it.” The opposite tactic was taken at the New York Times where executive editor Dean Baquet echoed Sorkin’s sentiment writing that the documents “aren’t Wikileaks.” The Poytner Institute’s Kelly McBride argues that it is ethical for journalists to publish “ill-gotten” information for the public good as long as they verify its accuracy.

While we may not definitively know who the “Guardians of Peace” are, the ramifications of the hacks are being felt industry-wide. Sony’s Pascal might lose her job. The attack revealed the private information of Sony employees including their Social Security numbers and medical information. Two former Sony employees are bringing a class-action lawsuit against the company for failing to “secure its systems servers and databases.” It may be months before the full effects of the hack are felt, plus the hacking group is threatening at “9/11-style attack” on theaters showing “The Interview.”

Now that the information is out there should news organizations report on it? How much information would be appropriate to reveal in the name of informing the public? By reporting this information, are journalists ultimately helping the “Guardians of Peace”? And how can media outlets prepare themselves for future attacks? Will this chill free speech in the future, with filmmakers becoming afraid to take on sensitive topics?