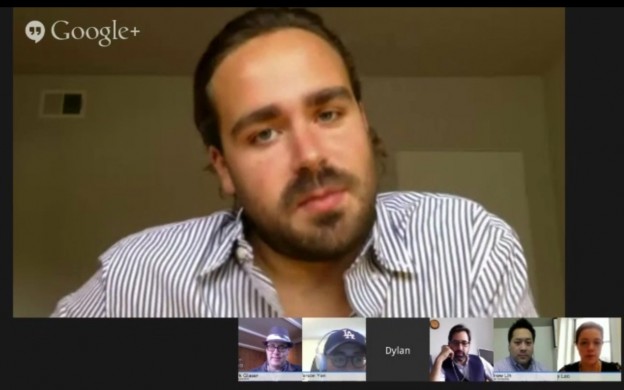 Politico's Dylan Byers tries to explain what was behind the mass resignation at the New Republic last week.

Could billionaires become the grand patrons who save traditional media from self-destruction? That was the thinking when Facebook co-founder Chris Hughes bought the New Republic, Amazon founder Jeff Bezos bought the Washington Post and eBay founder Pierre Omidyar started First Look Media. But these grand patrons have found that the media world doesn’t come easy. Hughes, in particular, has faced a firestorm at the New Republic when a change of leadership came in an effort to create a “vertically integrated digital media company.” Dozens of editors resigned late last week, and the New Republic canceled its December issue and announced it will reduce printing to only 10 issues a year. But Hughes isn’t the only wealthy owner whose media company has hit rough patches. There have been some big changes over at First Look Media as well. Pierre Omidyar’s company recently had to shutter its digital magazine Racket and John Cook, editor-in-chief of The Intercept, is leaving to go back to Gawker. What’s next for media patrons with vanity presses? Can they work out a business model without breaking things?  We’ll discuss that in detail on this week’s podcast, with special guests David Folkenflik, NPR’s media correspondent, and Dylan Byers, media reporter at Politico. We’ll be joined by our regulars Alex Leo, head of audience development for Yahoo, and Andrew Lih, professor at American University. PBS MediaShift’s Mark Glaser will be hosting and Jefferson Yen will be producing.

“I don’t think there’s anything wrong with recognizing that the New Republic doesn’t have a right to exist just because it’s been around for 100 years.” – Dylan Byers
ADVERTISEMENT

David Folkenflik is NPR’s media correspondent based in New York City. His stories are broadcast on NPR’s news magazines and shows, including All Things Considered, Morning Edition and Talk of the Nation. His reports offer insight into the operation of the media amid tectonic shifts in the industry and cast light on figures who help shape the way the news business works. Folkenflik provides media criticism on the air and at NPR.org on coverage of a broad array of issues — from the war in Afghanistan, to the financial crisis, to the saga of the “Balloon Boy.”

The initial response following last week’s mass resignation at the New Republic has been dramatic. David Greenburg, a former New Republic editor, wrote this on Slate, “The impending transformation of the New Republic from a liberal magazine into a ‘vertically integrated digital media company’ is regrettable for many reasons…All of us need robust intellectual debate of a high caliber that treats politics and ideas with the seriousness that they deserve.” Over at The Atlantic, Ta-Nehisi Coates examined the magazine’s issues with race. Fox News’ Howard Kurtz wrote the debacle at the New Republic was “a bad omen for a struggling news business.”

It turns out that Hughes and Franklin Foer, the former editor-in-chief, had differing opinions on the future of the magazine. In an interview with NPR’s David Folkenflik, Hughes said he wanted New Republic to embrace digital storytelling techniques such as video, interactive graphics, maps and real-time analysis of events. Hughes said he sees himself as a steward that will leave the company with a sustainable business plan. The fact that Foer had to learn about his dismissal second-hand may have played a role in other editors leaving.

The turmoil at First Look Media didn’t receive nearly as much media attention. But it is raising doubts about the company’s direction. The Racket project was killed after former Rolling Stone editor Matt Taibbi left the company. But things aren’t all doom and gloom over at First Look. The company announced it was launching a new project called Reported.ly with journalist Andy Carvin. The team at Reported.ly will be using social media platforms such as Facebook, Twitter and Reddit to report on real-time breaking news stories, without a major web presence outside of Medium.

What do you think about the changes at the New Republic and First Look? Were these bumps to be expected or do they portend long-term issues? How can these pubs turn things around in the court of public opinion? And can the media patron model work in the digital age?