As Digital Audio Takes Off, How Big Can It Get? 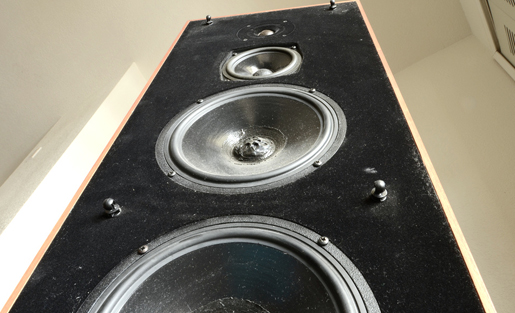 Perhaps it’s not virally inclined, but audio storytelling is crossing over from niche to mainstream. In 2012, 40 percent of Americans listened to digital audio. That number is projected to double by 2015. And the podcast hit “Serial” has had 1.5 million listeners per episode, a hit by any medium’s standards, according to NY Times’ David Carr, with roughly the same audience as FX’s “Louie.” Now, podcasting is on the rise again, with coverage all over the mainstream press. Listicles are cropping up everywhere from Mashable to Vogue, declaring a “golden age” of audio. If Buzzfeed is parodying it, they must be doing something right.

Jake Shapiro, CEO of PRX, is inundated with interview requests in the wake of the success of podcasts like Serial, StartUp, and the PRX’s record-breaking Kickstarter campaign for the Radiotopia podcast network.

"As audio finally takes off, there’s an abundance of high-quality content and untapped audiences just beginning to discover it. In an Internet that has traditionally catered to text and video, how can we better navigate audio?"

For many chronically under-appreciated (and under-paid) audio storytellers, it probably feels great to bask in this sudden attention. But here’s the question we’re asking:

How can we leverage the podcasting buzz to build sustainable business models for digital audio?

As audio finally takes off, there’s an abundance of high-quality content and untapped audiences just beginning to discover it. In an Internet that has traditionally catered to text and video, how can we better navigate audio?

Different players are tackling different aspects of this problem: PRX provides a distribution channel for independent producers and podcasts; the nascent Public Media Platform is centralizing digital audio from major U.S. public media distributors. Apps like Stitcher and Overcast compete to be the reigning audio platform for consumers. Networks like Radiotopia and Gimlet Media are exploring new payment and subscription models for digital audio.

At Pop Up Archive, we’re invested in all of these aspects of audio’s future. We’re focusing on one thread they share in common: search and discovery.

Guess which top iTunes podcast these auto-tags come from? (Hint: it’s not This American Life.)

We’re working with a roster of partners and customers in digital media to make sure audio and video content gets indexed by Google and shared on the Web as easily as text. Anyone can search over 10,000 public audio items at Pop Up Archive — and the possibilities are even bigger than that. As you’ve seen, we’re beginning to analyze all the data we capture about the spoken word — whether to compare the speech of Oakland mayoral candidates or measure changes in the vocabulary used in news media discussions of climate change over the past decade.

Anne holds a Master’s degree from the University of California Berkeley in Information Management and Systems, where she focused in digital archives and the sociology of technology. She contributed to the creation of The Discipline of Organizing, a textbook in use at I Schools nationwide that unites perspectives about organizing from engineering, library science, and other fields. She is a 2012 Soundcloud Community Fellow and winner of the 2012 Knight News Challenge: Data. Before arriving in California, Anne lived in France, and managed a historic newspaper digitization project at Brown University.

A version of this story originally appeared as a Pop Up Archive newsletter. Follow Pop Up Archive’s updates on Twitter: @PopUpArchive.