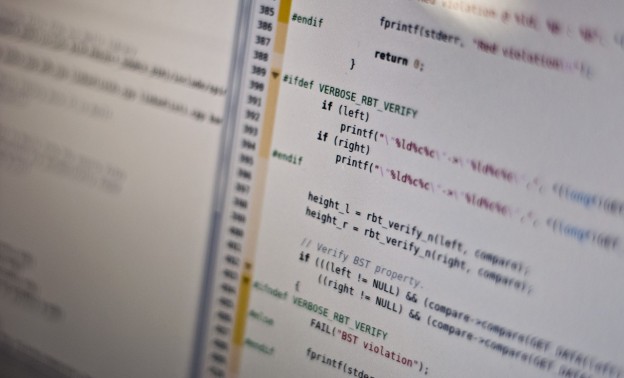 Government’s ability to keep pace with our digital society is hindered by legacy regulation and archaic procurement practices that have grown around it. Citizens regularly encounter elegant, easy-to-use technologies in almost every aspect of their lives, but their digital interactions with government remain clunky, inelegant, and slow at best; at worst, they don’t even work. This issue surfaced in the public eye with the disastrous introduction of healthcare.gov, but similar stories are distressingly common.

"Bottom-up efforts to improve procurement within cities have clear value, but on their own they’re not enough."

For government technology purchases, both buyer and seller are burdened with complex and time-consuming proposals and requirements. Much of the process pre-dates the commercial Internet by decades and favors a few seasoned and well-resourced organizations whose core skill is navigating the complexities of the procurement process rather than delivering effective products. As a result, citizens end up dealing with websites or applications that discourage them from engaging with their government, and the cost in taxpayer dollars are usually many multiples what they would be in the level playing field of a modern technology procurement system.

Innovation from the top down

The launch of the U.S. Digital Service (USDS) this past summer is a significant step toward addressing this issue. Modeled after the approach that righted the healthcare.gov roll out, the new USDS will counsel government agencies on how to embrace digital service delivery, working toward a better outcome for citizens while still adhering to federal policy. Much of the talent for this team comes from the corporate world that lives and dies by whether its technology effectively serves customers.

The USDS advocates for modern technology principles like user-centered design and agile software development. They have released a Digital Services Playbook to guide agencies’ digital development, and the White House has also published a TechFAR Handbook that highlights flexibilities in existing Federal Acquisition Regulation regarding technology. Together, these documents represent a much needed top-down approach to buying and using technology that is fiscally responsible and effectively serves the public. They point the way toward a federal procurement process that works for today’s world.

Code for America, in partnership with Omidyar Network, has similarly been working on encouraging, mapping, and spreading procurement innovation over the past year. Our work focuses on change from the bottom-up, partnering with cities to explore new solutions. We have seen that simple changes at the city level can accelerate the ability to purchase and use technology more effectively, affording cities the opportunity to embrace new, citizen-centered solutions from a broader set of vendors, including smaller technology startups that bring fresh ideas at a much lower cost.

Basic but powerful changes include focusing on efforts that fall under procurement budget thresholds and committing to describing projects in plain English, both of which help attract a wider pool of potential vendors. We have also worked with cities to create a central clearinghouse of technology project opportunities, benefiting the city (and its residents) by encouraging competitive pricing and a wider range of innovative solutions.

FastFwd in Philadelphia brings city government and entrepreneurs together.

Our work is complemented by the efforts of cities that are actively experimenting with new approaches to procurement. In Philadelphia, a program called FastFWD brings end users in city government together with entrepreneurs to solve urban challenges, making government contracts more accessible to local small business and startups in the process. In Portland, Ore., an online platform is being developed so agencies can post problems, request solution proposals and test proofs-of-concept without engaging an overly prescribed RFP process. In Kansas City, Mo., a program formalized support for the local startup community when engaging with the government procurement process, making city hall more accessible by providing feedback on submissions and points of contact.

Meeting in the middle

Bottom-up efforts to improve procurement within cities have clear value, but on their own they’re not enough. To truly change the way cities buy technology, we need specific guidance at the local level to make it clear that government procurement processes can work in harmony with the way technology is built today.

The work being done by the USDS provides a blueprint that all cities can use to architect new procurement policy. Every city should have its own version of the Digital Services Playbook and the TechFAR, acknowledging the changes that have taken place in the marketplace and outlining a process by which new or existing regulations can support a more open, flexible approach to technology procurement.

By applying top-down policy to support the bottom-up approach currently underway in our cities, we can meet in the middle, ensuring a procurement process that achieves the goals of consistency, safety, and trust for which the rules were originally designed without hampering a city’s ability to participate in this new era of technological efficiency and innovation.

This approach sets the stage for our government to go beyond simply meeting the expectations of citizens in a digital society, to delivering digital services that invite broader and more frequent engagement with citizens. In doing so, we can deliver on the promise of a government that works for the people, by the people, in the 21st century.

Lane Becker is director of Products and Startups for Code for America.