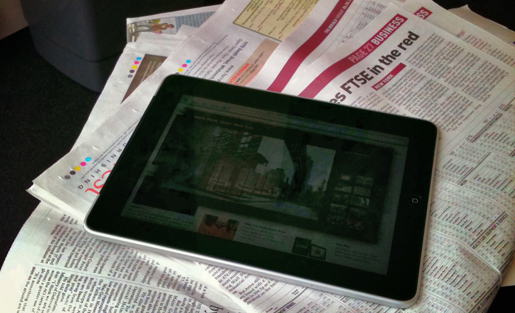 Company downsizing or early retirement doesn’t have to mean the end of a journalism career for Baby Boomers in the media industry. Many are looking to entrepreneurship or other innovative ways to participate in media as their next step.

In fact, a study from the MetLife Foundation found that adults in the 55-64 age group have the highest rate of entrepreneurial activity in the U.S.

“It’s a reimagining of opportunities for people who have a lot to offer, who are digitally savvy." -Jan Schaffer

Those numbers are partly what inspired J-Lab: The Institute for Interactive Journalism to launch its Masters Mediapreneurs Initiative, a new grant program aimed at “encore entrepreneurs,” or those who are age 50-plus. The initiative, launched today, will award $12,000 to four Baby Boomers who have a sustainable idea for a news venture.

“This is something I have wanted to do for a long time,” Jan Schaffer, executive director of J-Lab, said in an interview. “In part it’s based on some of the traction that we’ve had at J-Lab with past projects that have been launched by Baby Boomers. They’ve done a great job. They’re really successful. They seem to draw on a lot of community knowledge as well as digital knowledge, and they’re pretty inventive about sustainability.”

a next act for baby boomers

J-Lab sees the project as part of the movement right now to build creative next acts for Baby Boomers who are not done yet, who want to do new things.

“There are a lot of Baby Boomers who have been downsized from their companies or taken early buyouts, and they’re ready for a next step of some sort,” Schaffer said. “A lot of them have been active in their communities. They’re empty nesters now. They may have been on the PTA or coached a kids’ soccer team; they know their communities pretty well. They’re not really as involved now that their kids are not around, but they carry a lot of institutional knowledge.”

Only startup news initiatives can receive funding, but J-Lab is open to a bevy of ideas and platforms. It could be a website, a news app, or something else altogether. “We’ve seen from our past projects that there’s no lack of good ideas out there, so we don’t want to necessarily constrain the ideas. They should have journalistic standards in terms of fairness and accuracy, but the platform that it’s on we’re pretty agnostic about,” Schaffer said.

J-Lab is primarily looking for projects that have the capacity to be sustainable well after the initial funding has been spent. “We’re going to to be asking, ‘What’s your sustainability plan?’ This is enough money for a proof of concept. How are you going to make it continue after funding ends?”

Schaffer noted that the grant is a starting point for Baby Boomers who want to do new things. “It’s a reimagining of opportunities for people who have a lot to offer, who are digitally savvy. Many of them don’t need to make a lot of money; some of them are doing pensions or Social Security or have already built up their retirement nest egg, so they can really bootstrap these very well,” she said. The MetLife Foundation research shows that many entrepreneurs age 50-plus aren’t looking to earn more than $60,000 a year. They also expect to tap into their personal savings to launch their startups, which is in line with media upstarts.

The deadline for proposals is December 15. Applicants can check out the guidelines here and apply online here.