5 Ways to Build Listening for Newsrooms and Communities 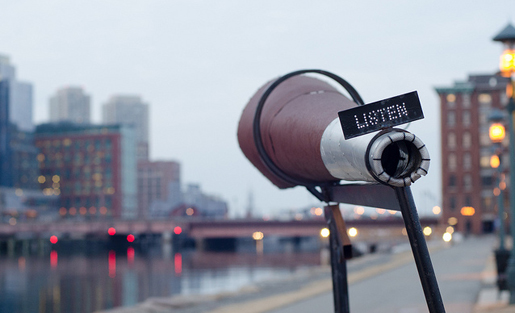 In 2002 NPR’s vice president for diversity, then a faculty member at the Poynter Institute, described an idea he called “The Listening Post.” “Journalists interested in telling more of a community’s ‘truth’ need to establish listening posts in the places that fall outside the routine of journalism,” he wrote. “They have to leave the office, the neighborhood, maybe even the comfort of personal likes and dislikes in order to make this happen.”

More than 10 years later, Internews and local New Orleans public radio station WWNO launched a project with the same name and built on some of the shared values. The New Orleans Listening Post combines digital recording stations across the community with text messages and online engagement to “establish a two-way conversation with the citizens of New Orleans” where they can both contribute ideas and commentary to the newsroom and also receive news and information about their community. Internews and WWNO partners with Groundsource for the project which is building a mobile first, text message based platform for listening.

Almost 1,000 miles to the north, Jenn Brandel is pioneering a different kind of listening project called Curious City at Chicago’s public radio station WBEZ. Curious City is part journalism project, part listening platform, and in the words of Brandel, is “powered by open questions.” The Curious City team has collected thousands of questions from Chicago residents in the field, via a toll-free number and online via their custom-built platform. The public gets to vote on what questions journalists pursue, and the Curious City team brings the public into the reporting project along the way.

From Transactional to Transformational Listening

Last November I wrote about the need for listening and empathy in journalism, arguing that “better reflecting and responding to our communities has to start with better listening.” A year later, I’m encouraged by the growth of projects like The Listening Post and Curious City as well as the many newsrooms who are hosting events dedicated to listening to the diverse voices of their communities.

While these promising experiments and new startups are proving the value of deeper forms of listening, as an industry we still have a lot to learn. Listening is after all not a passive act, but rather an active skill that we can learn and employ strategically. As the examples above make clear, there are many different kinds of listening with different goals and outcomes. Below I’ve tried to map out five models for listening at the intersection of newsrooms and communities.

Adding a Listening Layer to the Entire Journalism Process

Too often newsrooms approach listening as a transaction – you give me info, I’ll give you journalism. We need to move beyond transactional listening to something more transformational that helps reshape newsrooms, communities and the ties that bind us. To do that, we have to make listening a part of the entire journalism process. It can’t just be a tactic used during planning or publication — it is fundamental to both.

And we should create better infrastructure to capture what we hear, synthesize it and measure it. But listening is a form of engagement that can’t be easily captured in analytics dashboards, so we need new ways to recognize the role listening plays across online and offline interactions with the public. Done right, our listening gives us new material to build stronger stories and stronger relationships.

We can’t strengthen the practice of listening if we can’t see it. We should recover listening from its largely invisible place in journalism and place it at the core of what we do.

Many thanks to Anika Anand, Jeanne Brooks, Rekha Murthy, Melody Kramer and Laurenellen McCann for conversations and feedback that helped inform this post.