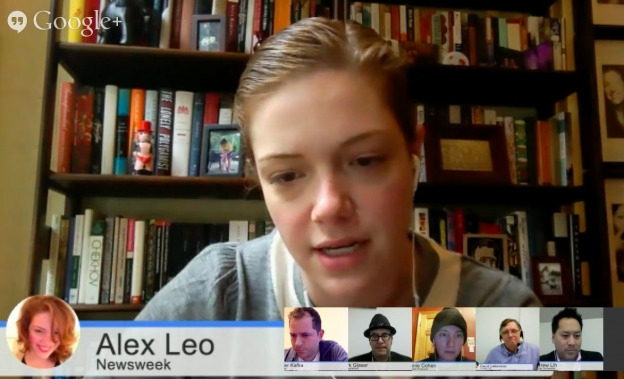 Last week HBO and CBS both announced plans to offer stand-alone streaming services on the web. It’s a major turn-about for the pay cable service HBO (owned by Time Warner), which has long maintained they are “not TV.” This move will allow viewers to cut the cord to their cable TV subscriptions and purchase HBO programming alone. And even CBS has jumped into the streaming fold, announcing a live-streaming and on-demand subscription service. But since buying a cable subscription has long been the barrier to entry for premium networks such as HBO, does this move signal a coming mass exodus of content moving online, and the eventual decline of cable? On this week’s Mediatwits podcast we’ll discuss these moves with Peter Kafka from Re/Code and David Lieberman from Deadline. We’ll also have Mediatwits regulars Alex Leo from Newsweek and Andrew Lih from American University. PBS MediaShift’s Mark Glaser will host with Fannie Cohen producing.

"This isn't the end of TV as we know it, but it's certainly an important move, and one that caught the industry by surprise." -Peter Kafka
ADVERTISEMENT

Peter Kafka has been covering media and technology since 1997, when he joined the staff of Forbes magazine. He made the digital leap to Forbes.com in 2005. He may have been the first national business reporter to interview Steve “Stone Cold Steve Austin” Williams. In 2007, Peter became the first hire at Silicon Alley Insider, the predecessor to Business Insider, where he worked as the site’s managing editor.He began writing for AllThingsD.com in 2008. In 2011, he began producing and hosting the D: Dive into Media conferences; he will continue to work on other live events for Re/code.

David Lieberman is the Executive Editor for Deadline Hollywood, where he reports on several issues including business and finance, television news, media, public policy and technology.Prior to joining Deadline.com, David was Senior Media Reporter at USA Today for seventeen years, where he covered media, telecom and technology.

HBO and CBS’s big announcements last week left many thinking the inevitable breakup of cable was finally upon us; as Peter Kafka put it, “the TV industrial complex, which appeared immovable for years, may be morphing quickly.” While CBS’ Les Moonves has defended that this isn’t a shot across the bow, the New York Times’ Emily Steel seemed to think HBO’s move will summon mass cord-cutting. Steel went on to assert that this move took the industry by surprise, and is a “direct jab at Netflix and other online rivals.” But David Lieberman from Deadline Hollywood finds this all a bit much, writing, “HBO and CBS want to strengthen the status quo, not help to tear it down.” Michael Wolff at The Hollywood Reporter, agreed, saying that this wasn’t just an attack on Netflix and Hulu, but is a “warning to satellite and cable distributors — mostly Comcast — that content producers have another way to weight the scales in negotiations for cable fees.”

HBO plans to appeal to the 80 million people who do not currently have HBO, aiming to appeal to most of the 31 million U.S. Netflix subscribers. In the last quarter, Netflix reported lower-than-expected subscriber growth, after raising its base price to $9 over the summer. Meanwhile, Netflix CEO Reed Hastings seemed relatively unfazed, saying completion from HBO should lead to “fun” competition. Meanwhile HBO CEO Richard Plepler said he did not expect the new service to “cannibalize anything” and expected its partners, such as Time Warner Cable (formerly a part of Time Warner), to sell broadband subscriptions for the new service.