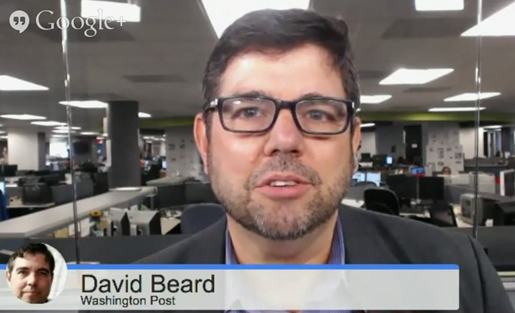 In an era of instant updates and constant streams of information, the email newsletter is making a comeback. Traditional media outlets such as the New York Times and Washington Post have created unique email offerings for their subscribers to appeal to niche interests. And writers such as Rusty Foster, Maria Popova, Alexis Madrigal and Ann Friedman with personal brands have created a following by pouring their perspective into email. The Times’ own David Carr even proclaimed the revival of the email newsletter, and on this week’s Mediatwits podcast we’ll discuss the staying power of email newsletters with the Washington Post’s David Beard and the New York Times’ Carolyn Ryan. We’ll also have regular Mediatwit Andrew Lih from American University and host Mark Glaser from PBS MediaShift, along with Fannie Cohen producing.

"Email delivery feels most analogous to the old idea of us bringing you the newspaper right to your doorstep. There's a service, directness, and hopefully an ease of experience for the customer." --NYT's Carolyn Ryan
ADVERTISEMENT

David Beard is the Director of Digital Content at The Washington Post. He is the former Deputy Editor-in-Chief of National Journal, Editor of Boston.com and Assistant Managing Editor of the Boston Globe. He worked as a foreign correspondent for The Associated Press in Latin America and the Caribbean. He is a former digital journalism instructor at the Harvard Extension School, scholar for the Inter American Press Association and graduate of Northwestern University’s Medill School of Journalism.

Carolyn Ryan runs coverage of Washington and politics for The Times, a role that encompasses a broad range of subjects, including the White House, the Supreme Court, Congress, the State Department, health care, the environment, the Justice Department and presidential politics. She oversees a bureau of approximately 80 staffers, including reporters, editors, photographers, graphic artists and web producers. She also supervises political reporters in New York.

Last month, the New York Times launched the political e-newsletter and site First Draft. Created with political junkies in mind, subscribers to NYT can sign up for a daily briefing email that anticipates the day’s events and offers political junkies reading lists by the site’s editors. A departure from other sections of the Times, First Draft is a highly visual scrolling experience, that features pictures, tweets and quotes, very similar to Tumblr. It follows the success of longtime offerings such as The Note at ABC News and Politico’s Playbook (indeed, Politico has created a cottage industry for morning political updates).

The Washington Post offers much of its printed content in e-newsletter form, and has recently created a compilation of stories known as The Optimist. As the name implies, The Optimist is a curation of positive, uplifting stories meant to bolster readers’ spirits. Director of digital content David Beard has found this offering very effective, something that people not only opened but read deeply. Beard says the various newsletters WaPo curates saves time readers would otherwise be spending sifting through content.