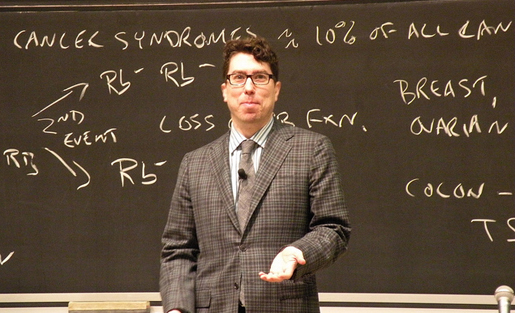 The Knight Foundation today announced the latest winners of its Knight Prototype Fund. Eighteen projects will receive $35,000 to help them bring their concepts closer to fruition. The fund, launched in 2012, also gives winners a support network and the opportunity to receive human-centered design training in an effort bring early stage media ideas to a formal launch.

Several of this round’s winners include tools to help journalists enhance storytelling, including Creative Commons, which is developing a mobile app that lets users share photos through a public repository on the Internet Archive, and Public Radio International, which wants to make it easier for people to directly respond to news stories. Other projects are working to strengthen online privacy and security, such as CommunityRED, which is making a mobile game that teaches journalists how to assess digital threats, and Internews, which is developing an open-source digital trainer tool for security developers. And still others are focusing on data, such as Columbia University’s C-Lab, which wants to build a data toolkit to help communities understand possibilities for developing vacant land in their neighborhoods, and Infogram Software, which is creating an educational game to teach children data literacy and data visualization.

"The Prototype Fund is built to accept that risk. A lot of them are going to take a left turn at Albuquerque and turn into something that we don’t expect at all, but we can always learn from them." -Chris Barr

The Prototype Fund is all about testing new ideas and taking risks, said Chris Barr, the Knight Foundation director for media innovation who runs the Prototype Fund. “The Prototype Fund is built to accept that risk. A lot of them are going to take a left turn at Albuquerque and turn into something that we don’t expect at all, but we can always learn from them,” he said in a Knight blog post.

You’ve already read about some of the winners here on Idea Lab, including Ushahidi, which wants to launch a mobile app for use in a crisis or disaster, and the Berkman Center for Internet & Society, which led by Jonathan Zittrain, is seeking to develop an encryption service that will let people securely send a message into the future so it can’t be read until a certain date. Check back on Idea Lab to read more about them, as well as details about some of the other winners. In the meantime, here’s what we know about this round’s winners:

Andrew Chavez (independent project; Austin, Texas): Allowing photojournalists to stream photos to the newsroom in near real time with a small battery-powered device that attaches to a camera.

Creative Commons (Project lead: Ryan Merkley; Mountain View, Calif.): Creating a mobile app that allows users to capture and share photos through a public repository on the Internet Archive. Photos will have a Creative Commons license, making them available to anyone for use and reuse.

CommunityRED (Project lead: Shauna Dillavou; Washington, D.C.): Creating a mobile game that teaches journalists how to assess digital threats, risks and vulnerabilities that can affect them and their sources.

Fergus Pitt and Taylor Owen (independent project; New York): Providing the first live-action, interactive journalistic use of virtual reality through a headset that will immerse viewers in a 360-degree, 3-D visual and audio space.

Harvard Library Innovation Lab/Berkman Center for Internet & Society (Project lead: Jonathan Zittrain; Cambridge, Mass.): Creating a time-lapse encryption service that will allow archivists, scholars and journalists to securely send a message into the future, so it cannot be read until a certain date or event.

How Wrong You Are (Project lead: Moiz Syed; San Francisco): Expanding the tool How Wrong You Are, a collection of important questions that people are sometimes misinformed about that provides insights into public knowledge of a particular issue, such as climate change.

Public Radio International (Project lead: Michael Skoler; Minneapolis, Minn.): Making it easier for people to directly respond to news stories by displaying relevant user-actions within the story; actions will be integrated into the body copy where they contextually make sense.

Participatory Politics Foundation (Project lead: David Moore; New York): Building tools that will allow media organizations to enable their readers to ask questions and get answers from public figures; the tools will be powered by the foundation’s Q&A Web app, AskThem.io.

Rhizome (Project lead: Michael Connor; New York): Providing a tool that will allow the archiving and preservation of social media conversations in context (the likes, the threaded responses, the aesthetics).

University of Maryland Nicholas Diakopoulos (College Park, Md.): Making it easier for community managers and moderators in news organizations to quickly identify high-quality comments that they can then highlight on their sites.

Ushahidi (Project lead: Gregory Omondi; Orlando, Fla.): Creating a mobile app that people can use to check in during a crisis or disaster.