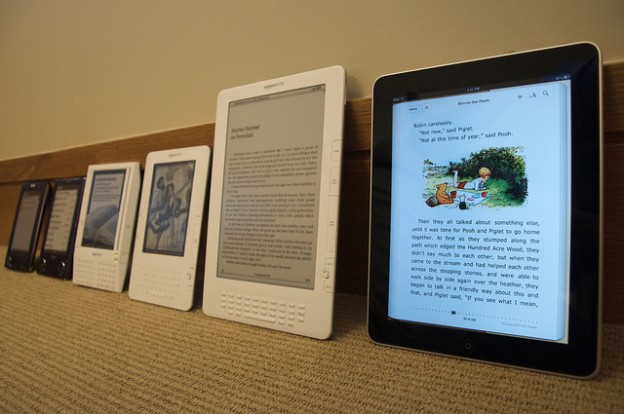 On last week’s list, seven titles with price tags higher than $10 contributed to pushing the average price of a best-selling e-book up to $7.74. That figure now jumps to $8.39, as more than a third of this week’s top 25 titles cost more than $10.

Three of the nine titles in that category are making first appearances on the best-seller list, among them Lena Dunham’s “Not That Kind of Girl,” debuting at $10.99. It remains to be seen what kind of staying power these titles might have, but in recent weeks pricier e-books have performed noticeably well.

On the other hand, Penelope Ward’s self-published “Stepbrother Dearest,” which debuted last week at No. 2, remains squarely within the top five and costs readers just $3.99.

Amazon has made cheaper e-books a centerpiece of its battle with Hachette, and even though the dispute is at least as much about profit margins as it is about pricing, those trends are something e-book publishers and retailers are keeping a close eye on.

E-book best-sellers from the week ending 10/11: