‘Advocacy’ Is Not a Dirty Word in Journalism 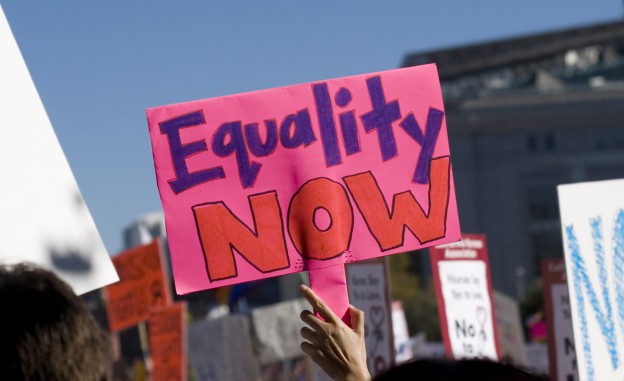 Photo by Emily Hoyer on Flickr and used here with Creative Commons license.

In 2011, leading global media players gathered at the Newseum in Washington, D.C., to discuss Advocacy Journalism in the Digital Age. Three years is a long time in the digital space (consider — Instagram was launched late 2010), but the words of the conference’s keynote speaker, Monumental Sports and Entertainment CEO Ted Leonis, could easily be said today, as relevant they are to the current state of digital journalism.

“Everyone is a journalist now — individuals will become their own media companies,” Leonis said. His words resonate across the public sphere but most loudly within the advocacy journalism debate.

“This project is designed to ensure that the important perspectives of people with disabilities and our families are heard and to make real the disability rights motto of ‘Nothing About Us, Without Us.'" -Dr. George Taleporos

Advocacy journalism has a long history — whether known as Yellow Journalism, Radical Journalism, Critical Journalism or Activist Journalism, it dates to the early 19th Century. Some contend all journalism is advocacy journalism. As author and journalist Matt Taibbi wrote in Rolling Stone: “No matter how it’s presented, every report by every reporter advances someone’s point of view. The advocacy can be hidden, as it is in the monotone narration of a news anchor for a big network like CBS or NBC (where the biases of advertisers and corporate backers like GE are disguised in a thousand subtle ways), or it can be out in the open …”

While advocacy journalism, defined by Robert Jensen as “ … the use of journalism techniques to promote a specific political or social cause,” is far from limited to digital space, it has thrived within the blogosphere where the classic tenants of journalism — objectivity and neutrality — are often sidelined or ignored at the expense of personal or community priorities. Dave Berman, writing for the Indy Media Centre, says journalists should not be bound to the tenants, and they are no longer “universally observed.”

“If we are ever to create meaningful change, advocacy journalism will be the single most crucial element to enable the necessary organizing,” he said.

Among those seeking “meaningful change” and embracing the capacity to self-publish and, importantly, self-represent are minority groups. Included in the ranks of those keen to negotiate a new way other than the “mainstream” are people with disabilities. While some online entities, Ouch! on the BBC in the U.K. for example, have successfully embedded disability-focused and produced content within mainstream outlets, others have struggled. In Australia, people with disabilities have launched a crowdfunding campaign to establish a new website to replace RampUp, a site formerly run and funded by the national broadcaster but now mothballed as a cost-cutting measure. RampUp was “the Australian Broadcasting Corporation’s website featuring news, discussion, debate and humor for everyone in Australia’s disability communities.”

Dr. George Taleporos is leading a campaign to give people with disabilities a voice in Australian media. Photo by Chris Garbacz.

The proponents of the crowdfunding campaign are unabashed advocacy journalists and supporters. Dr. George Taleporos is the driving force behind the campaign. “This project is designed to ensure that the important perspectives of people with disabilities and our families are heard and to make real the disability rights motto of ‘Nothing About Us, Without Us’,” he said. Taleporos and his colleagues are among a growing group of people frustrated by mainstream representation of minority groups and their issues. The once silenced “media critics” have found a space to be heard and to operate beyond traditional media frames of diversity.

“Once relegated mainly to the alternative press, where scraggly anti-establishmentarians would rail against ‘the Man,’ as represented by whatever major metropolitan newspaper was close at hand, these days documenting the sins of the media is a favored activity of cable pundits, think tanks of the left and right, and an ever expanding multitude of bloggers,” Dan Kennedy wrote in Nieman Reports

A campaign is under way to crowdfund a new advocacy journalism website by people with disabilities.

The United Nations says 650 million people, around 10 percent of the world’s population, live with a disability. “They are the largest minority.”

The Convention has been signed by 158 countries, and there are 147 partners, and it has eight guiding principles.

Embedded within these guiding principles are elements that serve to inform journalists, editors and newsrooms on the representation of people with disabilities. Article 8 of the Convention is most relevant to the news media, as it deals specifically with awareness-raising and stereotypes.

As framers, agenda-setters and gatekeepers, reporters and editors are uniquely placed to deliver on the aspirations of Article 8. It says, in part, that signature States have a responsibility to “combat stereotypes, prejudices and harmful practices relating to persons with disabilities,” “to promote awareness of capabilities and contributions of persons,” and encourage “all organs of the media to portray persons with disabilities in a manner consistent with the purpose of the present Convention.”

People with disabilities and those who research their representation in the news media are consistent in their observations about the way a disability is presented. Professor Beth Haller is a world leader in the field and helped develop the “media models of disability.” Haller and colleagues claim the news media is still, despite decades of disability activism, inclined to represent people with disabilities as tragedies or heroes, and to use language and imagery that serves to embed stereotypes and put at risk members of an already vulnerable community.

Students learning reporting need lessons on covering people with disabilities. Instructors can get creative in exercises focused on broadening their perspectives. For instance, interacting with the Save ABC RampUp Facebook group, dedicated to fair and accurate depiction in the news media and self-representation, reveals important themes for students to understand.

A section of this article first appeared on WAN-IFRA blog.

Shawn Burns is a former print and television journalist and news director, and now teaches journalism at the University of Wollongong, Australia. His research interests include representation of people with disability in the news media, including his PhD research and an MA(R) on the subject, the convergence of news media, the role of experiential learning in contemporary journalism pedagogy, and newsroom practice. Burns received a National Office for Learning and Teaching (OLT) Citation for Outstanding Contributions to Student Learning 2013.