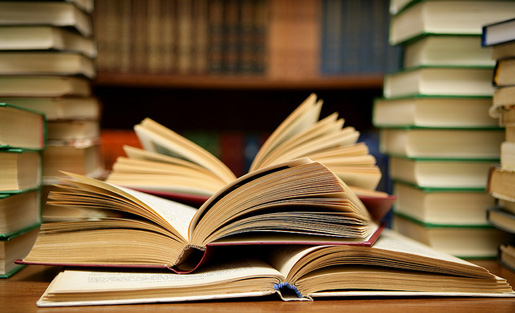 As more and more libraries embrace the digital age, they’re becoming not just a place to consume books, but also creative hubs for information exchange within a community. “I don’t go to libraries to read books anymore,” a friend sheepishly admitted to me recently. “I drink a cup of coffee and mess around on the Internet for a while. I go there to get away from home and just talk and hang out with people.”

My friend isn’t alone in his sentiments. During its previous News Challenge on strengthening the Internet, the Knight Foundation found that the role that libraries play in enabling more people to participate in the digital space came up again and again.

"As we look around, libraries as a civic institution are something that we’re really excited about -- really bringing the promise of the Internet to a wider swath of Americans." -John Bracken

“For us, that was a reminder of the importance that libraries play, especially in the digital future, as they connect with populations that are less likely to be engaging in the Internet in robust ways,” John Bracken, director of journalism and media innovation at Knight Foundation, said in a phone interview. Libraries “really jumped out as a logical next step” after that News Challenge, whose winners were announced in June.

leveraging libraries as a platform

That’s partly why Knight’s latest News Challenge, which opens today, is focused on exploring the role of libraries in the digital age. “As we look around, libraries as a civic institution are something that we’re really excited about — really bringing the promise of the Internet to a wider swath of Americans,” Bracken said. “So we’re really excited about extending our work into the civic institution.”

Those who can come up with compelling ideas for the future of libraries in the digital age will have a chance to win a share of $2.5 million, which Knight will award in January. The open call for ideas asks participants to consider how we can leverage libraries as a platform to build more knowledgeable communities. The awards will be a mix of funding some projects fully at scale as well as some early stage projects through Knight’s Prototype Fund.

Knight doesn’t have specific projects in mind. Instead, it’s hoping that people will help unfurl new ideas in the process of applying. “When the News Challenge works, it enables us to look at projects that we would not think of on our own,” Bracken said. “I expect we’ll get a lot of interest and applications from public libraries, from university libraries, from a range of libraries and archives, but also I really do hope we get other ideas from other parts of the community.”

“Community” is a word that surfaces again and again in the description of this News Challenge, which should come as little surprise since libraries and the community go hand-in-hand. So it makes sense that this News Challenge would have perhaps an even stronger focus on everyday citizens than previous iterations of the competition. Knight is looking to drive interest not just from organizations, but from parents, artists, journalists and entrepreneurs as well.

“We’re thinking about libraries as a platform for driving information in communities, so we’re expecting a lot of interest and activity from the library world, but we also think it’s a good opportunity to encourage others who aren’t actively working with libraries — whether they’re educators or startups or journalists or just regular citizens — to think about potential projects related to libraries and how we might leverage libraries,” Bracken said.

Have an idea for the future of libraries in the digital age? Submit your application here. Applicants have until September 30 to submit ideas. You’ll be able to read more about the winners here on Idea Lab.