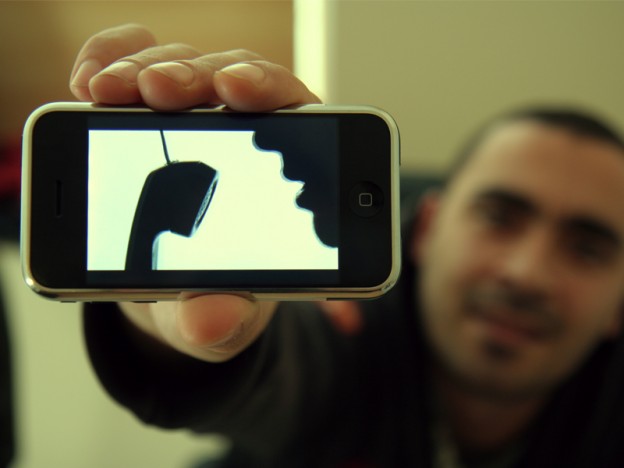 According to the Supreme Court, police need a warrant to search the cell phones of people they arrest. The unanimous decision, which was handed down last week, is being heralded as a major victory for privacy rights and a landmark case with implications far beyond cell phones.

The New York Times reports, “The ruling almost certainly also applies to searches of tablet and laptop computers, and its reasoning may apply to searches of homes and businesses and of information held by third parties like phone companies.”

"This decision is an important recognition that advances in our technology shouldn’t result in erosions of our liberty."

Many of the most important debates surrounding press freedom and privacy right now focus on how our fundamental freedoms, so long expressed and protected in the physical world, will translate to the digital age. The decision last week is an important recognition that advances in our technology shouldn’t result in erosion of our liberty.

I know a number of reporters and citizen journalists whose cell phones have been searched, and who have even had footage or photos erased. In 2012 I was part of a team at Free Press who launched a campaign fighting for people’s right-to-record, a shorthand we used to talk about both people’s First and Fourth Amendment rights to use their cell phones to gather and disseminate news. In a letter to the Justice Department that year, a diverse range of press freedom and digital rights groups wrote, “The right to record is an essential component of our rights at a time when so many of those witnessing public protests carry networked, camera-ready devices such as smartphones.”

Not long after that letter, the Justice Department released a set of guidelines for police departments reasserting the right to record as a First Amendment protected activity. Those guidelines cited the case of Simon Glik, who was arrested for recording police activity with his cell phone. First circuit Judge Kermit Lipez ruled in Glik’s favor, highlighting how mobile phones have fundamentally changed news-gathering:

[C]hanges in technology and society have made the lines between private citizen and journalist exceedingly difficult to draw… Such developments make clear why the news-gathering protections of the First Amendment cannot turn on professional credentials or status.

While this week’s decision focuses on the Fourth Amendment, not the First, it also has clear implications for freedom of the press.

In response to the ruling, Geoffrey King of the Committee to Protect Journalists said in a statement, “Today’s decision closes a dangerous loophole faced by journalists who use mobile devices for news-gathering and reporting.”

Mickey H. Osterreicher, general counsel for the National Press Photographers Association, said that if the court ruled in the government’s favor “it would have created a draconian chilling effect on First and Fourth Amendment rights.” He told me in an email that NPPA is “very pleased with the court’s unanimous decision to uphold privacy rights, especially at a time when so many journalists are being asked to use their smartphones to gather and disseminate news,” but noted that there are “still far too many incidents where police interfere with and arrest citizens and journalists for doing nothing more than photographing or recording in public.”

The National Press Photographers Association, Reporters Committee for Freedom of the Press and other news organizations filed a brief in the cases at the Supreme Court arguing that cell phone searches can interfere with news-gathering.

And Justice Roberts seemed aware of that point when he argued that at any given time, cell phones are much more than just phones: “They could just as easily be called cameras, video players, Rolodexes, calendars, tape recorders, libraries, diaries, albums, televisions, maps or newspapers.”

From Cell phones to Surveillance

The case comes at a moment of renewed interest and concern for how government and law enforcement are using cell phones to track people. While the case is not likely to have an immediate impact on the practices of the NSA, it may create a new opening in that debate down the road. “Some of the discussion in the court opinion that talks about technology can very easily be parlayed into other court challenges,” Hanni Fakhoury, staff attorney at the Electronic Frontier Foundation, told Newsweek. “It triggers a different way of looking at the Fourth Amendment. That’s something that’s going to play a very large role in the debate and in the legal challenges with NSA surveillance and cell phone tracking.”

That’s critical for press freedom, as journalists adapt to a new reporting landscape in which it is increasingly difficult to keep their sources and reporting materials private. Last year a group of journalism school faculty sent a letter to the NSA arguing that mass surveillance “presents a grave threat to the effectiveness of an independent press.” They wrote: “For a free press to function we must also protect the means of communicating with a journalist. At the present time, the NSA has made private electronic communication essentially impossible.” It’s unclear if this broad SCOTUS ruling could have implications for how laws that protect journalists’ reporting materials from search and seizure are interpreted in the digital age.

Alex Howard has made the case that we need our Bill or Rights to apply in the digital age. As more and more reporting and publishing move online and over our mobile devices, the debate over how we protect journalism and press freedom today must evolve even while it remains rooted in those fundamental freedoms. This decision is a clear win for anyone who uses their cell phones to gather and disseminate the news.

Josh directs the Geraldine R. Dodge Foundation’s journalism sustainability project, designed to develop new structures and strategies to support a robust future of news. Prior to joining the Dodge staff, Josh spent 7 years running national advocacy campaigns in support of freedom of expression and media diversity. Most recently he served as Press Freedom Director at Free Press, a national nonprofit fighting for all people’s rights to connect and communicate. Josh is an award winning journalist and the author of numerous reports on local news, public media and media policy.  His articles have appeared online at the Columbia Journalism Review, PBS MediaShift, Orion Magazine and BoingBoing. He is a founding board member of the Freedom of the Press Foundation and served for almost 10 years on the board of the Student Conservation Association. Find him on Twitter at @jcstearns.