What Local News Networks Can Learn From Coffee Apps 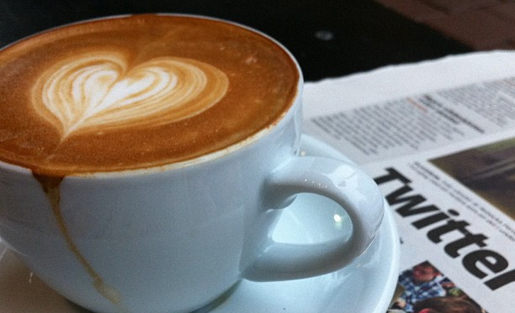 This post originally appeared on the Local News Lab.

"Local news sites already join and build regional ad networks to bring more value and reach to local advertisers. What if there was a similar structure for subscriptions, memberships or donations?"

I started using the Starbucks’ My Rewards app a few weeks ago when I was on the road regularly. Since then, I’ve gotten hooked on paying for things with my phone, and I’m not alone. Starbucks announced recently that the app is being used by 10 million customers and that they are processing nearly 5 million mobile transactions each week. Marketing NYT’s new mobile app to people who already use their phone to pay for coffee is a smart move.

The same week the NYT Now/Starbucks partnership was announced, a new app called CUPS hit the scene in New York. CUPS is a mobile payment app and a subscription service that lets coffee lovers pay $45 a month for unlimited brew, drip, and pour-over coffee at 200 independent coffee shops around New York City. In an age when there is a Starbucks on every corner, this app helps create a network of small local coffee shops, exposes people to shops they might not have found otherwise, and rewards people for buying local.

What if local news organizations could create similar networks, creating easier ways to subscribe, support or donate to a diverse range of local news with one transaction?

It would be ill advised, and likely impossible, for every small local coffee shop to try to build a mobile payments app and rewards program like Starbucks. And the team behind CUPS saw this as a business opportunity. Here is how the app works, as described by Caroline Winter at Bloomberg:

To use the app, subscribers pick a coffee shop from a list, choose a drink, and retrieve a code, which the barista then uses to record the transaction. CUPS later reimburses the coffee shop for each beverage, at a discount. If the customer buys more than $45 worth of coffee per month, he comes out ahead; if he spends less, CUPS keeps the change.

It doesn’t cost anything for coffee shops to participate, and participating cafes in Israel (where the app debuted) report a boost in business. Gilad Roten, the app developer, told Winter that users of the app say they are drinking about 20 percent more coffee then they were before.

There is a lesson here for local news.

A few years ago the Pew Project on Excellence in Journalism described the rise of “news grazers,” who get their news from many sources, across many platforms, throughout the day. A more recent study from the American Press Institute found “the majority of Americans across generations now combine a mix of sources and technologies to get their news each week.”

If you are consuming news from 30 different newsrooms over the course of a month, where should you contribute or subscribe? The transaction costs of donating to every site you visit, paying by article, or subscribing to a publication you may only occasionally return to are simply too high.

What the CUPS team realized was that they could lower the transaction costs by creating easy mobile payments and monthly subscriptions, and give people a network of coffee shops to choose from. How might this work for a network of news sites?

Local news sites already join and build regional ad networks to bring more value and reach to local advertisers. What if there was a similar structure for subscriptions, memberships or donations? Imagine if you could make one monthly payment and get a subscription to a mix of 10 local news sites covering an array of topics like parenting, food, city government, investigative reporting, housing, and the arts.

I use the word “subscription” loosely here. Perhaps some of these sites have paywalls, others may be nonprofits who run on donations, and others still may be ad-supported. The local sites can define what benefit you get for your monthly “subscription” (access behind their paywall, becoming a “member,” entrance to events, etc.). But the point here is that with one transaction you can support a network of news organizations.

This was part of what the Freedom of the Press Foundation was trying to experiment with when they launched. They bundle nonprofit journalism organizations together and let people donate to 4-5 important nonprofit journalism groups with one donation. Beacon is experimenting with a related model, which they’ve described as a “Netflix for news.”

“Would you pay $5 a month to support your favorite writer?” asks Forbes’ Jeff Bercovici in his post on Beacon. “What if doing so gave you access not only to that writer’s articles, but also to a large and growing body of exclusive work from like-minded journalists?” Next Issue is doing it for some magazines. Flipboard, is trying to play in this space as well, but right now it is only paying off for the biggest news organizations.

When I become a member of my local museum that membership gets me into other museums across New England, and when I join my local library I can access books from libraries across the state. With subscription music services on the rise, consumers are getting more and more accustomed to paying once for access to bundles of content. But ask any indie musician what they think of Rdio and Spotify and you’ll likely get an earful.

Local news organizations have an opportunity to get out in front of this trend, and partner with technologists to build something together, before someone else builds it around them. This is no silver bullet. This kind of subscriber network would likely never bring in enough dollars to sustain a news organization by itself (especially with Apple taking 30 percent out of every subscription). But it could be one revenue stream amongst many, and could help turn some readers and fans into supporters.

Josh Stearns is the director for journalism and sustainability for the Geraldine R. Dodge Foundation. He was previously journalism and public media campaign director for Free Press. He is a co-author of “Saving the News: Toward a national journalism strategy,” “Outsourcing the News: How covert consolidation is destroying newsrooms and circumventing media ownership rules,” and “On the Chopping Block: State budget battles and the future of public media.” Find him on Twitter @jcstearns.

The Local News Lab is dedicated to creative experiments in journalism sustainability. Together with our partners we are testing new ideas for building a local news ecosystem that strengthens our communities. The Lab is a project of the Geraldine R. Dodge Foundation, supported by the Knight Foundation. Our partners are Montclair State University’s Center for Cooperative Media and its New Jersey News Commons initiative and CUNY’s Tow-Knight Center for Entrepreneurial Journalism and Center for Community and Ethnic Media.