How Publishers, Marketers Measure Attention in a Post-Page-View World 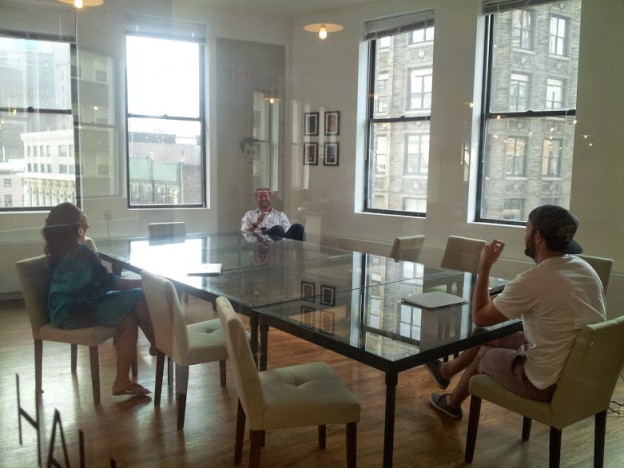 It’s been said for years that the page view is dead as a way to measure media on the web. Now, finally, there may be a replacement.

Advertisers and publishers are increasingly asking if “time” or “attention” — proven time spent engaging with media — can work instead.

“Your ability to hold someone's attention is a actually a rare thing. You’re competing with every single piece of information, as well as entertainment.” -Tony Haile

They’re hoping that by using technology to show that someone spent a specified amount of time engaging with a page while an ad was in view, they’ll solve quandaries posed by current metrics.

The problem with the standard measurements, such as page views or the number of clicks on an ad, is that not only can they be gamed, but even if they’re accurate they may not be getting at what advertisers and publishers really want — people actually paying attention.

“It’s easy to create [page views],” Tony Haile, CEO of measurement company Chartbeat, told me in a recent interview in their offices. “Halve a page and create twice the clicks.”

Chartbeat and a handful of other media tech companies and publishers are at the forefront of what they are calling the “attention web” — an attempt to measure, and bill, based on how much time someone spends with a piece of media or an ad.

This spring the Media Ratings Council, the leading standards body for media measurement, proclaimed  that ad measurement could now be based on “viewability” — that at least 50 percent of the ad was on screen for at least one second.

Previously, the standard for measuring — and billing — advertisements in digital media was simply a “served impression,” meaning that the ad had been received in a browser, whether it was ever in view.

Here are some of the companies and the steps they’ve been taking:

Chartbeat is a measurement company that gives publishers a nearly real-time view of how users are interacting with their pages from moment to moment.

Using JavaScript on the pages, they can tell not only how many people have a page loaded in a browser at any given moment, but also what part of the page is in view, and even, Haile said, movements and actions that show whether they’re actively looking at the page.

When someone is actively looking at a page on a screen, Haile said, 95 percent of the time they’ll make some sort of action within 4.8 seconds — moving a mouse, scrolling, tapping a keyboard and so on, “suggesting they’re still there and have a pulse.”

Chartbeat, thus, stops measuring someone as actively engaged if they have not taken any action for five seconds or more — even if that browser is seen as on top of all other windows and in full view.

If there’s no activity, there’s a good chance they’re doing something other than actively viewing the page. They may, for example, have gotten up to get a cup of coffee or been interrupted by a phone call.

Haile says that measuring “true attention” is especially valuable for publishers and advertisers, and creates a valuable, scarce resource that did not previously exist in digital.

“Your ability to hold someone’s attention is a actually a rare thing. You’re competing with every single piece of information, as well entertainment,” he said, adding that the new measure should also lead publishers to create quality media that will keep people engaged.

“The economics suggest that good design has to win … Right now, we only care about the click and the link,” he said. “Recently, the GM of a major media site in the business of news said, ‘I don’t care if they read, I just want them to click,'” in order to get more pageviews with ads on them.

The Financial Times last month announced trials of an effort to sell advertisements based on the number of seconds the ad was in view.

Forty percent of clients gave the idea a “double thumbs-up,” while 90 percent of media buyers said they would be trading on viewability metrics, he said.

Some media buying contracts I’ve seen and others I’ve been told about are specifying that advertisements be in view for specified amounts of time in order to be billed, or to be billed at higher rates.

“We’ve thrown out the traditional metrics people use to measure content,” Eli Pariser, co-CEO of booming publisher Upworthy, said during a Social Media Week discussion in New York last March. Things like page views or unique visits, he said, measure “people getting to the site. But do they stick around and love what you do?”

Page views are a “flimsy metric, as anyone who’s suffered through an online slideshow knows (20 pageviews! Zero user satisfaction!),” Upworthy wrote on their blog in an unsigned post.
Even time on site or shares of content through social media aren’t great measures, they said, because you can’t say someone actually was engaged with the content.

Instead, Upworthy is using “attention minutes,” measuring not only how many people look at something, but also how much time they’re spending on the site and looking at individual pieces of content.

“Pieces with higher Total Attention should be promoted more,” the blog said. “We love thinking this way because it rewards us for sharing content that people really enjoy and find valuable — not just stuff they click on a lot.

“It may mean that we don’t do quite as well on uniques or page views, but that’s a trade-off we’re happy to make.”

By periodically recording scroll positions, Medium is able to infer “when a reader started reading, when they paused, and when they stopped altogether,” Medium’s Pete Davies wrote on their blog.

They also measure “expected reading time,” which gets at whether someone, say, read half an article that should take six minutes or an entire article that’s a two-minute read.

At a recent Internet Week breakfast in New York, Disqus executive Ro Gupta noted that the commenting platform has “over 1 trillion seconds spent” per month by their users.

“Our collective attention is still a scarce resource,” he said. Page views and clicks “can go to infinity through trickery such as bullsh— pagination, refreshing pages, etc.”

He told me the company is selling their native advertising in the comment stream based upon “viewability” rather than simply impressions.

Analytics company Moat and advertising network Vibrant Media announced in February that they’d partnered to go “beyond viewability” to measure what they call “Universal Interaction Rate.”

The measure tries to get at not only whether a specified proportion of an ad was in view for a specified period of time, but also whether someone did something that showed they interacted with it.

They might measure someone “flipping through a photo gallery in an ad, playing a video in an ad, scrolling through the content in an ad” or other actions, Moat CEO Jonah Goodhart told RTM Daily.

In April, Contently, a platform for publishers and marketers to find freelancers, announced that they, too, had created an interface they say helps brand marketers understand the amount of attention people are paying to their stories.

At another Internet Week event, their user experience chief Kunal Patel told me they are using technology and methods similar to Chartbeat’s to try to measure “people, not visitors.”

“It’s not about traffic,” he said, “but about those who have decided to come and engage. We’re actually measuring how long they’re spending with  content,” breaking down “time on page” to component parts that show whether someone’s actually interested rather than simply there.

“We’re looking for cues as to them actually on the page, absorbing content,” he said.

He also said that while their new measurement method was a step in the right direction, marketers ultimately want “ROI,” and that Contently was working on finding ways to link attention to “conversion,” to an actual purchase or at least an intention to buy.

Attention does not always equal quality

The new standards are a noble effort and are probably onto something. I have, I will ruefully admit, participated — sometimes under protest — in publisher efforts to gain page views and ad views by, say, splitting pages or creating click-bait slideshows and headlines.

I hope Tony Haile is right, that as the new measures and standards are adopted, they inspire publishers to create better content.

But I also know that holding someone’s attention does not necessarily equate to everyone’s definition of quality, and that someone can, in a tweet or two, deliver more meaning than some 90-minute movies.

Snow’s point about the lack of agreement over standards also means that there will continue to be confusion and fragmentation, and that while some adopt the new measures, it will take awhile before the MRC or any group adopts a standard that all can agree to.

We’re thankfully now allowing for the idea that quality matters, that the most click-o-licious or even the most shared story is not necessarily the best, and that well-written, produced and presented media have real value, and may even be financially viable.