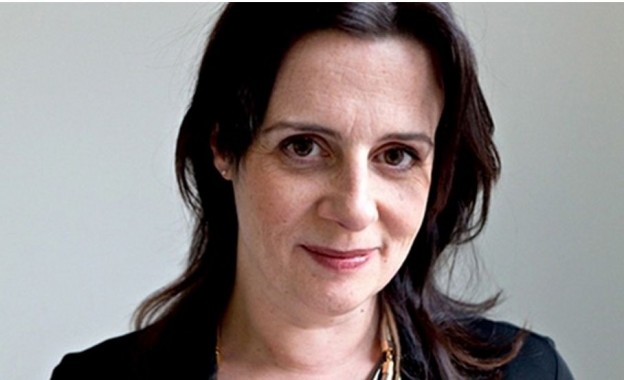 Janine Gibson was editor of the Guardian US and she led the paper’s New York coverage of the Edward Snowden story to industry acclaim. Now, she’s headed back to London as editor in chief of theguardian.com.

Gibson recently spoke to me (a research fellow with the World Association of Newspapers and News Publishers) for the World Editors Forum’s upcoming Trends In Newsrooms report.

"If you look at something like 'Snowfall,' the next evolution of that is what they did with 'Decoded.' And I’m incredibly proud of what they did. I think it’s an actual revolution. -Janine Gibson

The following is an edited version of our conversation.

What key themes, issues and trends relevant to newsrooms have you identified in preparation for your new role as editor in chief of guardian.com?

Janine Gibson: I think the trend to the very live continues, the need to be either extremely live and real time and breaking and rich as possible while you’re doing that (I don’t mean surface skimming), continues apace. At the same time there is a very obvious diversion of effort to the extremely long-term, long-form investigative story. When we started Guardian US we said we were going to do very, very live and almost documentary long-form and cut out all the stuff in the middle. And I think almost every news organization is now identifying that trend, so the new startups, largely billionaire funded, are all over it. People call it explainer journalism, or long-form journalism or investigative journalism, but really they mean something that has weight and meaning and impact beyond the transitory.

The point about rich but live is interesting; those can be things that can be difficult to manage concurrently, even in the context of broadcast journalism. How do you go about balancing those factors in print and online? How do you move beyond blow-by-blow live tweeting, for example?

Gibson: I think the key to that is the resources that you put into it. As with everything in journalism, you get out what you put in, and the mistake is to think that one person can cover a live story. And of course if you have six people covering it, you get six times richer coverage. And just because it’s one byline doesn’t mean it’s one [person’s work]. And if you’ve got people worrying about analysis, and video, and social, and people worrying bringing in wires and so on, then you can do much better with live coverage.

Gibson: Yeah, but you have to resource it like broadcast and say ‘here we go!’

I was in Australia when the Guardian did that excellent “Firestorm” piece in the big story context, very rich, very interactive and very moving. But very expensive and labor-dependent. I’m wondering how sustainable that is as a model, as we look at these two divergent ends of the storytelling spectrum?

Gibson: I don’t think those things are disproportionately expensive. You don’t do them every day, of course, and also the cost of doing them comes down; things that you invent and innovate around are inevitably very expensive the first time you do them and then become easier and quicker. The NSA Decoder project we did was by some measure the best way of explaining and telling the story from the beginning through the prism of how that matters to you, and there was no person at the Guardian who asked, “How much did that cost?” We just say that’s the best way of doing that. Obviously you have to make choices about resources, and we have made active choices about not doing the middle-range stuff, but that’s just as expensive, doing stuff that you could just take off the wires.

How much did the NSA Decoder project cost?

Gibson: I have no idea … Clearly a portion of my annual budget goes on my interactive team. It’s not like we just spend money, but once you’ve made a decision that a team that’s roughly a third of the total size, is going to be focused on interactives, then you just decide what the most important thing for them to do is. And clearly this was the story of the year, and it needed explaining and [it was] a compelling story and they just did such a fantastic job. I couldn’t begin to tell you how much it cost. It would be like asking how much Snowden cost. A lot probably.

Why did that approach work so well with the Decoder experiment? Why was the project so successful?

Gibson: Gabriel Dance … and his team are all fantastic journalists and really understand data and feel very passionate about how to tell stories through data. They came at it slightly separately from the team doing the storytelling and they said right, we are going to take the whole of the topic and do it through this filter of why this matters to you, why you should care about it because that’s the thing people are having the most trouble with. And it wasn’t an adjunct; it wasn’t here’s a 5,000 word piece we’re going to put on the Internet and add some video. The words were the last thing we created. The videos and interviews and the style therein, the way the commenting and sharing worked — all those things were purpose-built for that project, and the words were just the bit that joined it up. It was just stitched on at the end like captions in a gallery, and I don’t think anyone has done a properly interactive piece of journalism before. I think that was the revolution. If you look at something like “Snowfall,” the next evolution of that is what they did with Decoded. And I’m incredibly proud of what they did. I think it’s an actual revolution.

You mentioned the collaborations you were involved with on the massive Snowden project with other international publishers. What have you learned about collaborative journalism from the exercise?

Gibson: It’s really hard. We’ve done WikiLeaks obviously and that was a long-term project with many partners, and had its challenges … But this one was even longer, and there are inherent challenges working with another news organization for a very long time, no matter how aligned you are, no matter how good they are or how good you are. And the New York Times and ProPublica in particular are extraordinary news organizations, our levels of mutual respect are extremely high, our values are very aligned. But over any period of time it’s very hard to, you know, they are different organizations … It’s very hard.

I feel profoundly grateful to those organizations given that I’ve never worked there, for how giving they have been, and they feel grateful for having been brought into the story and the opportunity to work with us. It’s sort of been a measure of the size and importance of this story that actually people rose to it, and you know I’ve watched our journalists and those from Washington Post. All the way through we were saying, God, that was a good story, because we all know how hard it is, and those of us working together even in rival news organizations can really see and recognize and appreciate what the others have been doing, and see the importance of it. So it has been hard, and grueling, and long, but I think you get through a lot of the inherent difficulties.

You’re now returning to the U.K. to head up the Guardian online. What are your key objectives?

Gibson: To be the No. 1 serious news organization in the world. Which we will do by doing brilliant journalism that fits the many and varied media available to us.

Interactives? Video? Are those things you want to put more emphasis on?

Gibson: One of the things that we learned when we were coming to New York is that doing things differently is incredibly liberating, saying it’s not about a newspaper or even a homepage or a website particularly, what are the ways we can do journalism differently — and then try until you figure it out. It’s incredibly liberating and exciting and makes more powerful storytelling, so from that comes NSA Decoded. So we absolutely think that data and interactives and graphics and multimedia and social and community are now at the heart of how we tell stories, not an adjunct. [And] you barely think of video as a separate thing anymore; it’s just a way of telling a story … That will only continue to grow.

Note: This post first appeared on the Editors Weblog.