Mobile Apps Push the Olympics Further Into the Interactive Spotlight 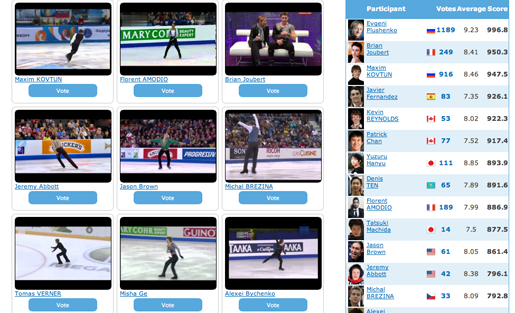 Participants submit their videos to the IGContest mobile application.

If the London Summer Olympics were called the Twitter Olympics, the Sochi 2014 Games were definitely the Instagram Olympics. (Though I personally expected Vine to be more of a boom for these Games.)

The flow of digital content was impressive and, according to Mark Adams, IOC communications director, numbered at 90 percent of all the content produced during the London Olympics (taking into account the fact that the Summer Olympics normally involves more stakeholders and participants, as more countries participate in the Summer Games compared with the Winter Games, and more spectators and tourists visit the host city.) I was in Sochi during the Olympic Games, and they reminded me of a big corporate event, where everyone knew everyone. This was a rare and great feeling. And, yes, certainly — there were social networks, which significantly contributed to the growing feeling of community, unity and a shared neighborhood.

"The Sochi Olympics were really interactive, and it wasn't just about the direct involvement of fans on social media contributing to coverage of the Games."

The Sochi Olympics were really interactive, and it wasn’t just about the direct involvement of fans on social media contributing to coverage of the Games, or the Olympians posting at the Athletes’ Hub portal, created by the IOC to minimize the distance between the sportsmen and the fans. The Games also have been interactive because of a set of marketing activities launched by various stakeholders in the course of preparations for the Games — for instance, the Moscow City Council, as reported by the Washington Post, set up a vending machine at one of Moscow’s subway stations that allowed passengers to earn a free ticket by doing squats. This initiative aimed to promote sports and fitness in advance of the Sochi Games.

Another project — the so-called IGContest mobile application, was presented in Sochi during the Games to bring more public attention to the sports. The project is an inspirational tool. The idea behind the app is that professional athletes in various sports disciplines demonstrate pretty difficult exercises. Any amateur sportsman, or just a fan, can then copy the athlete’s exercise, record it, and upload the video into the system, so that all other users, or www.igcontest.su website visitors, can see the video and vote for the performer they like most.

IGContest 3D manuals demonstrate the correct way to do the exercises in gymnastics and snowboard half pipe.

The correct way to do the exercise is also demonstrated via animated performance in slow motion, from various angles. Tournaments in different sports, named after well-known athletes, run on the app, and users can select those and participate. The audience as well as the professional judges pick the best performers. The opinion of the general public, which is in the majority, often plays a more decisive role in selecting the winners than the three judges’ reviews. Both the first three winners of the tournaments, picked by professional judges, and the lucky ones determined by website visitors for the “Audience Award” category, are awarded cash prizes from the project organizers. This year’s awards ceremony will take place in Sochi in April.

The project has already been named the “Digital Olympics,” or the “Olympics on the Web.” (The concept is similar in a way to Google’s Youtube Symphony Orchestra, where any musician could post a recording playing a musical part from a symphony, and users would vote.) IGContest helps promote and popularize sports, even rare ones, such as the snowboard half-pipe. Parkour, freestyle, BMX, tennis, football freestyle, judo, sambo, and karate are coming soon. Each user can participate in different sports — there’s no limitation. The only gradation for the participants is in age categories: 12–16 years, 16–22, 22–27, 27+, and in the category 27+, people can upload their videos of past years.

On the technical side, the IGContest project was fully implemented by Russian programmers from the city of Kazan, where the 2013 Summer Universiade took place. Structurally, IGContest consists of two main parts: the competition online platform and the 3D teaching handbooks available in the AppStore and Google Play. Some top Russian sportsmen have already supported the application. Among those are prominent Greco-Roman wrestler Alexander Karelin, IOC member Vitaly Smirnov, diver Dmitry Sautin, gymnast Aleksei Nemov (both virtual coaches in the app). Among the participants are Russia’s premier figure-skaters Evgeniy Plushchenko and Maxim Kovtun.

The National Foundation for Mass Sports Development (NFMSD) stands behind the project and supervises it. It has already spent $12 million in the last three years on the app’s development. Alexander Chernozubov, the president of the National Foundation for Mass Sports Development and a Russian national champion in gymnastics, is a strong believer in the power of social sports and the role of the new media and the Internet in popularizing sports. He envisions making the competitive processes in sports, both at the amateur and professional levels, more enriched by the new technology.

IGContest also enables organizers to track new young sportsmen or people who are apt in sports. The app is bridging the online and offline worlds, and is motivating amateur sportsmen to go into more professional sports and seek to join the highly trained teams.

It’s notable that the International Olympic Movement recently created an amusing contest — fans were asked to copy the positions of their favorite Olympian athletes, photograph themselves, and then upload the pictures to the website. It was sheer entertainment. In contrast, the IGContest brings to the table an essential educational component — enabling users to master their skills in sports. Another advantage: Anyone from Russia or abroad can take part in the online competitions.

Representatives from 137 countries are already participating, and thousands of Chinese users visit the website daily. Online sports competitions, like the ones proposed by IGCOntest and Chernozubov, are relatively easy to organize and are cost-efficient -– no travel, no mantling expenses. Plus, to participate in online sports events you don’t need a visa, right?

Alexander Zolotarev is a journalist, editor, entrepreneur, and media consultant based in Moscow, Russia. He is Associate Professor at the Moscow State University, Faculty of Journalism. As a Fulbright Scholar, Alexander wrote his thesis on social media and virtual communities at the CUNY Graduate School of Journalism in 2007-2008. He regularly speaks at the professional media conferences all over the world.