Turning a MOOC Into a Network of Schools Collaborating 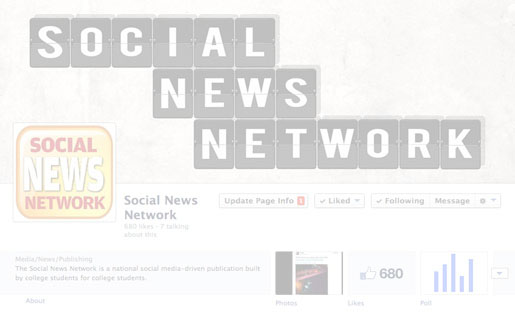 The students work daily in short shifts as social media editors for a news network created for the class, the Social News Network or Socialnn.

MOOCs, or massive open online courses, have been alternately heralded as the future of online education and a flop. Although MOOCs promise education for the masses, they often have mass desertions after the first week and are lucky to have 10 percent completion rates. Research is showing that the courses just aren’t engaging enough to keep the students around.

"Whenever you need help or advice, you can post something on the Facebook page and a Utah student may respond." - University of Texas at Austin student Adam Beard

To gain that engagement, students need hands-on, interesting projects, which take personalized grading and feedback, and they need meaningful interactions with their instructors and peers. None of that scales well when you go massive, but that doesn’t necessarily spell the end for massive online courses.

Students at the University of Texas at Austin and the University of Utah are currently engaged in a collaborative online class, Social Media Journalism, which combines the convenience of a MOOC with the engagement of a medium-sized lecture — and the completion rate is more than 95 percent. The engagement scales, too: students at both schools, 1,300 miles apart, are taking the class together, interacting with each other, viewing the same lesson modules and building a news aggregation service on various social media platforms. The difference is they get a personal instructor and smaller groups of familiar classmates. Our next step is to add more campuses and make this a new kind of MOOC — a network of schools working together with the same material but with individual instructors.

Although there are video modules and short quizzes, the meat of the class is hands-on learning and feedback. The students work daily in short shifts as social media editors for a news network created for the class, the Social News Network or Socialnn. Students aggregate news relevant to their peers and engage with our communities. Broken into groups, they work on Twitter, Facebook, Tumblr and Pinterest and keep track of their work through Storify.

They then write reflective self-evaluations that are turned in after a two-week period. Students also are required to tweet about news topics twice a day throughout the semester and write an essay about their experiences at the end.

Interaction is fostered through a joint Facebook group, where students from both universities interact, as well as a series of live text chats conducted through ScribbleLive.

“The main benefit of it being online was learning how to interact with your classmates in a digital space,” said former Socialnn student Hayley Fick. “I think this was a great learning experience for networking and communicating and problem-solving with people that you may never meet face to face.”

UT Austin’s Robert Quigley started the class in summer 2012 with a goal of creating a project-based, highly interactive online class. Students have not only completed the class at a high rate, end-of-course student surveys consistently show that the students find it enjoyable and useful. To be sure, there are still some shortcomings of not having an in-person classroom. Students are often confused early in the semester about the mechanics of the class and can easily miss or ignore instructions. Also, it’s harder to get to really know the students and for them to get to know their instructors. Most find their way, though.

“At first, it was a bit overwhelming,” said former Austin student Sarah Taqvi. “There were so many components to the class that I just couldn’t comprehend how we were going to cover it all without meeting up with the teacher. But the live chats every week, as well as the fast email responses, sincerely and genuinely helped me get through any confusion I had.”

Another student said the skills-based, hands-on design of the course worked well for her.

“We were able to actually apply everything we were learning right then and there,” said Austin student Anna Daugherty. “It wasn’t about lectures or tests; it was about actually putting our work out there on social media and letting audience feedback be our guide. It was one of the few classes I’ve taken where I felt like my work was actually applicable toward real-life situations, instead of just being about a grade.”

This spring, Avery Holton, who was a TA for the inaugural class as a doctoral candidate in 2012, extended the class to Utah as part of an effort in the university’s Department of Communication to enhance online experiences for students. Though the course was originally capped at 50 students, excitement built up ahead of enrollment and that number has since been expanded to 75 with the help of an additional TA. The Texas class consistently pulls in 80 to 100 students per semester.

Utah students work through the same assignments as their Austin counterparts, frequently sharing experiences and insights on the shared Facebook page. When questions surface on the page and the professors are away, students are often quick to offer responses and resources.

Current Socialnn Austin student Adam Beard says the interaction between the two campuses has been beneficial.

“Whenever you need help or advice, you can post something on the Facebook page and a Utah student may respond,” Beard said.  “It is cool to have double the help from another school that is doing the same thing. I have seen Utah and UT students help each other out often.”

Perhaps this is a larger part of what makes collaborative online courses like this work: the opportunity for students to actively engage with and support one another. Students are putting together strong resumes and bodies of work that make them attractive job candidates, often giving each other feedback and following up. Students have landed jobs and internships in social media for newspapers, TV stations, startup companies, marketing firms and more. Even if they don’t become social media editors, many have said they gained from having the knowledge of how to run an organization’s social channels.

We’re looking to add more campuses to the network to give us the “massive” part of the equation. If you’re a journalism professor who wants to bring Socialnn to your school (syllabus here), contact us.

Senior lecturer Robert Quigley teaches social media, IOS development and reporting for the University of Texas at Austin School of Journalism. Assistant professor Avery Holton teaches digital journalism and social media at the University of Utah. Tweet us if you want to involve your school in this class: @robquig and @averyholton.