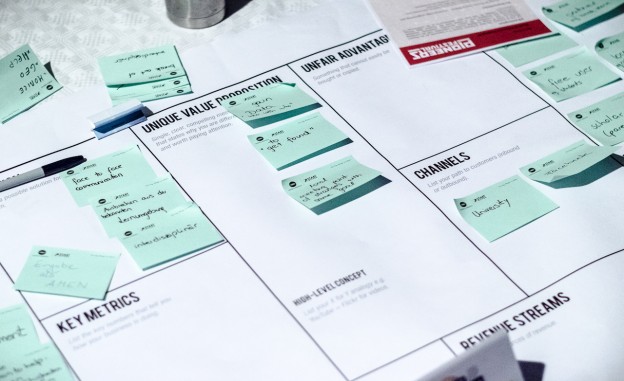 Starting a new magazine is no easy task in today’s competitive, complex media world, but a new book offers aspiring magazine entrepreneurs, students, and instructors a resource for the adventure.

I recently interviewed Mary Hogarth, the author of the just-released book How to Launch a Magazine in this Digital Age. Hogarth is the leader of the features journalism program at Southampton Solent University in England, where she is a principal lecturer. She’s also worked as an editor at a variety of UK magazines, including Weddings Today and Writers’ Forum. Hogarth has channeled her deep knowledge of the industry into a comprehensive guide for magazine startups, guiding readers through key steps in developing and launching a successful publication.

I asked Hogarth to share some of her insights for all entrepreneurs, but especially for instructors and students working on magazine projects. Here are edited excerpts from our Skype conversation.

What made you want to write this book?

Mary Hogarth: I started off a few years ago teaching publishing and management, which turned into teaching the magazine business. I was searching for a book covering all aspects of the magazine process, from concept to launch — including distribution methods, how you’re going to fund it, what the income’s going to be, making a business plan, etc. There was nothing written for university students, or [British] students, or anyone who wanted to set up a magazine.

I’m lucky enough to have had a 360-degree magazine experience. I worked on Weddings Today and Writers’ Forum, and was very much part of the development team and taking the magazines forward. From that perspective, I had a lot of knowledge that a lot of editorial people don’t have about distribution, advertising and revenue streams. I realized when I started planning and teaching that I had an awful lot of knowledge that I wanted to document in a book.

What are the major challenges in starting a magazine today?

Hogarth: Making sure you have sufficient income and cash flow, and having a variety of revenue streams. You have to be quite innovative in developing revenue. Brand extensions have to be unique to each magazine, but [you need] 3-4 revenue streams, including advertising and maybe pay walls, providing information that the reader will pay for. … Most of all with magazines, it’s offering a service that is valuable to readers. You have to really take the magazine apart every issue and look at rival publications. You have to be truthful with yourself and your team: what can you do better, what are you repeating, what direction can you take the magazine without alienating the readers.

[Another major challenge is] distribution. In the UK, the retailers take a huge proportion of the distribution fee. If independent publishers can cut that out by finding a method of distribution that will work for them — maybe digital, or pairing up with partnerships. … For example, if you’re a health magazine, look at pairing up with health food shops. They may distribute for a smaller fee than the wholesalers.

A new trend over here is being a free magazine. They’re distributed around London, Manchester, Edinburgh, all the major cities. You see them on the train a lot, and they’re distributed to universities as well. They’re aimed at the 20- to 25-year-old student or professional. They’ve proved that free magazines don’t have to be rubbish in content. They can be high-end, quality products that have strong journalism and are really worth reading.
Shortlist Media [one company that produces these free magazines] had backing because the [founders] came from key publishing houses. They had content and the backing to get the right deals and financing. The smaller publishers can still achieve that with clever marketing strategies. If it’s a specialist publication, the stronger it’s likely to be. When I worked with Vegetarian Living magazine, we became involved with the Vegetarian Society. We sent out deals to their 20,000 members through a reciprocal partnership.

What’s your advice to journalism instructors guiding students through the process of starting a magazine, either for a class or as an independent project?

Hogarth: I would advise the instructors to regularly give feedback on the idea, and to make sure students do the research first and foremost on the audience and rival publications. … The students who really test their ideas and seek feedback, and who survey their audience realistically — not just asking their friends, but actually going to their target audience, as in social media forums. These audiences are much more accessible and easier to find now than 10 years ago. The tutor really has an obligation to test that with the student.

I see magazines, instead of separate entities, as a 360-degree process: the print version, the digital version, online and social media. They’re all one. You can give users the choice of how they want to consume your product.

It depends on where you are, as well. I commute every day on the train. I see a lot of people with their tablets. Some are reading magazines on their tablets, some are reading books, some are watching movies. It depends on where people want to consume their magazines — maybe at home with glass of wine or a cup of tea, or maybe they want to have a look at their lunch break.
The whole system needs a rethink to provide for the consumer while actually considering the impact on cash flow. You would want to make sure that all of the 360-degree arc brought in income and became sustainable. I believe that it’s happening.

Some students are resistant to working on digital publications and still prefer the print experience. How do you approach that attitude?

Hogarth: If you pitch this model to students in the right way, it makes sense to them, like when you talk about their siblings who have started to grow up with tablets. [Today’s students] are in that gray zone where they’ve grown up with computers, but not with tablets. A very small percentage of my students have tablets, which surprises me. About 10 percent have tablets. They don’t want to see digital magazines. They’re not that interested. They might have a look on their phone, but … digital hasn’t really caught up with them.

You always have a percentage of your students — 10 or 12 percent — who really want to do it, who really love the opportunity to create a magazine from the ground up. … Perhaps if universities can divert some of their funding and set them up to produce the magazine for a few issues, to see how it goes … even if it didn’t work in the long term, it would be good for the university and the students. They’d learn so much and have such a great experience. They’re actually giving students the chance to produce their work.

We need more entrepreneurs, especially in publishing. Students are the future. They’re coming up with great ideas and can see solutions that editors can’t always, as long as they know their audience.

What’s your most significant advice for people who want to start their own magazine?