Can 22nd Century Media Succeed in Hyper-Local With a Print-First Mantra? 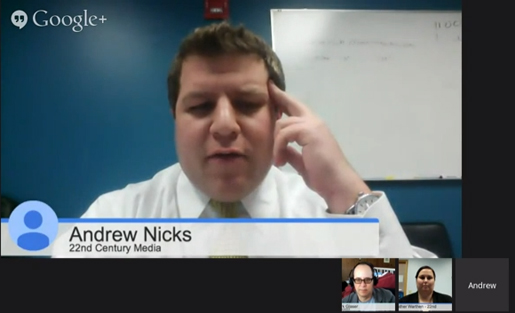 Hyper-local publishing chains have tried and failed so many times that it’s hard to keep track of them all. The biggest flame-out of late was Patch, bought out by AOL and expanded until it finally seems to have conked out. But while all these efforts have focused on digital first, maybe it’s time to consider a “print first” attempt to make hyper-local thrive at 22nd Century Media.

The Chicago-based business was started by former politician Jack Ryan in 2005 after he lost to Barack Obama in the Illinois Senate race in 2004. 22nd Century focuses intently on the Chicago suburbs, launching 12 weekly newspapers serving Frankfort to Highland Park. And last year, the company expanded to California by buying the existing Malibu (Calif.) Surfside News. Unlike many newspapers, the company gives away the print publication while charging people $39 for digital access. The operation is lean, with an editor and associate editor for each publication doing the majority of editorial work with few freelancers.

"Instead of being all things to all people, he took one area, hyper-local, and blew it out." --Andrew Nicks

I recently spoke to Andrew Nicks, chief revenue officer at 22nd Century Media, and Heather Warthen, chief events producer and managing editor, via Google Hangout. You can watch the entire interview below, and I’ve excerpted some key quotes below.

“Our publisher [Jack Ryan] got into the business without much direct media experience. He spent more time in investment banking… where he was successful by looking at markets that could be segmented… He did the same thing with newspapers where dailies were trying to cover all facets of news. Instead of being all things to all people, he took one area, hyper-local, and blew it out.” –Andrew Nicks

What do digital subscribers get beyond the stories online?

“One of the benefits [digital subscribers] get is customized email blasts. We have a ‘Need to Know”‘product… We send out email blasts geared to kids and adults. We will add more events for members too. Live pumpkin carvings, wine tastings… to give our members the opportunity to get to know the towns they live in.” –Heather Warthen

What’s the breakdown of revenues from print and online?

“The majority of our revenues are from the print side. We’ve done a good job working with mom and pop businesses, and we’ve even broken through to the national sales side… Online, we aren’t getting as much advertising revenues yet… I’d say print revenues are making up the vast majority right now.” –Andrew Nicks

What’s the penetration of the print newspaper and web component in various neighborhoods?

“On the print side, we are hitting 80 percent to 90 percent penetration. On the websites, we’re about 5 percent to 10 percent, so the onus on us is to create websites that are more dynamic than print.” –Andrew Nicks