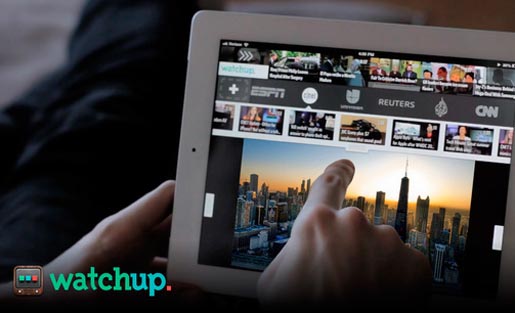 For the past year we’ve worked very hard to redesign the news watching experience by offering all the best news channels in a personal newscast that’s ready when you are. Our partnership with the Washington Post is another step in that direction.

Beginning March 13, content from PostTV will become available to Watchup users both on the iPad AppStore, where the app is featured by Apple and, for the first time, on Android tablets. Viewers can expect video clips of PostTV original content and Post Sports Live.

"This partnership brings some of the most important political stories to Watchup users directly from the capital to their tablets and Google Glass."

We’re very excited to announce this partnership because the Washington Post is an ideal partner for many reasons. This is the paper that broke the Watergate story, won 47 Pulitzer prizes and last year expanded its in-house video production studio. The Washington Post is an example of the quality journalism we seek to amplify on our platform and whose model we are determined to sustain.

This partnership brings some of the most important political stories to Watchup users directly from the capital to their tablets and Google Glass. It motivates us to continue working out how we can leverage technology to increase news consumption, civic participation, and the Washington Post is just the partner to do it with.

We’re eager to see their award-winning storytelling skills highlighted in digital video form. Since launching PostTV in 2013, video views of political videos by PostTV grew 128 percent in the second half of the year.

If you’re a news organization and believe in the value of a multi-channel personalized news experience, we’d love to hear from you.